John McGhee was marginally involved as a parishioner of the Church of Scientology Mission of Dublin beginning in 2005, participating in a few introductory services. He was expelled from the Church in 2009 after joining the cyberterrorist group Anonymous.

Members of this hate group have gone to prison for numerous crimes in Europe and America, including crimes against Scientology Churches.

With no association with Scientology for a decade, McGhee knows nothing about the Church or its activities.

In reality, he is a vandal and a thug who has adopted a purpose to inflame people with lies.­

For the last two years of his association with Scientology, while pretending to be a member of the Church, McGhee secretly was connected to anti-Scientologists, including members of Anonymous.

In 2009, McGhee’s participation in this cyberterrorist group was exposed when he joined hate marches and so-called “flash raids” against Scientology Churches in England.

While attacking the Scientology religion, he also posted on the Internet a picture of himself having desecrated a Christian cemetery—hanging an Anonymous mask on a gravestone.

In addition to trespassing unlawfully on Church premises in the U.K. and Ireland, he has vandalized Church property.

McGhee is now under a permanent injunction following his assault on two Scientologists—one of them female—who were passing out drug abuse prevention booklets outside the Church of Scientology premises in Middle Abbey Street, Dublin, in December 2014. After verbally abusing these parishioners, McGhee stole their booklets. This resulted in a court entering a permanent injunction against McGhee barring him from harassing, besetting, assaulting them or committing battery anywhere in Ireland and picketing against either of the two Scientologists he harassed outside their houses, their work or the Scientology Mission.

Since the opening of the National Affairs Office of the Church of Scientology in Dublin in 2016, McGhee has turned up at the office several times, screamed at the staff and has caused damage to the property, for which he has been reported to the police.

In particular, in January 2017, McGhee accosted a group of Scientologist volunteers cleaning the street up on Upper Sherriff Street as part of a community betterment activity. McGhee arrived with another man and verbally abused the volunteers.

In April 2017, McGhee twice defaced the Church of Scientology’s National Affairs Office in Dublin by posting a number of defamatory stickers outside the Office at night on and around the door. The Scientology Mission in Dublin reported a similar occurrence, with cards and posters plastered on the Mission door, the windows opposite, a lamp post and the shop next door.

In July 2017, McGhee burst into a performance by The Jive Aces, a famous swing band from the U.K., at the Grand Social. McGhee, wearing a T-shirt bearing a message that denigrated Scientology, got on the stage and yelled profanities.

During the construction of the Church’s new Center in Firhouse, McGhee jumped the fence and trespassed unlawfully on the property. On October 16, 2017, McGhee posted a threat on Facebook to assassinate the leader of the Church. This also was reported to the Ireland police.

Dr. Bryan Wilson, Reader Emeritus in Sociology at Oxford University from 1963 to 1993, was acknowledged as the most distinguished scholar of religion in the world before his death in 2004. He was a fellow of All Souls College at Oxford and the British Academy. He researched, published and lectured on religion and new religious movements around the world for 50 years and provided expert opinions on religion for the British House of Commons and the courts.

Professor Wilson has noted that apostates of new religious movements generally crave self-justification by seeking to reconstruct their past to excuse their former affiliations while blaming those who were formerly their closest associates. He expressed that apostates must be regarded as inherently unreliable sources by government bodies, the judiciary and the media. His description fits John McGhee to a “T”:

Neither the objective sociological researcher nor the court of law can readily regard the apostate as a creditable or reliable source of evidence. He must always be seen as one whose personal history predisposes him to bias with respect to both his previous religious commitment and affiliations, the suspicion must arise that he acts from a personal motivation to vindicate himself and to regain his self-esteem, by showing himself to have been first a victim but subsequently to have become a redeemed crusader. As various instances have indicated, he is likely to be suggestible and ready to enlarge or embellish his grievances to satisfy that species of journalist whose interest is more in sensational copy than in an objective statement of the truth. 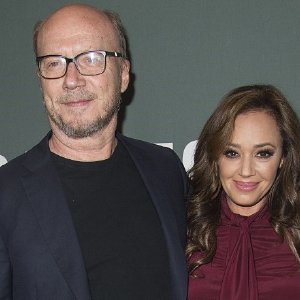