Jeff Hawkins is an anti-Scientologist expelled from the Church a decade ago when his wife discovered he was engaged in sexually perverted activities.

Even before that, Hawkins had a long record of unethical conduct and malfeasance as a staff member.

In 2004, Hawkins hit a new low when his personal life imploded after he confessed to his then-wife about his long-term, hidden and out-of-control sexual deviancy. All along he had been leading a double life. His conduct was so egregious it destroyed their marriage. As his former wife stated:

“I was utterly shocked and hurt beyond repair by the activities my husband had been involved in. I told him it was over between us. He looked at me, nodding his understanding and said he understood. You have to look at a man’s actions to know whether he is telling you the truth. If a man can do the things he did to me—there is no question that kind of man would lie to anyone about anything. He lied to me the entire time we were married and withheld the activities he had been and was involved in.”

Since being kicked out of the Church, Hawkins has been a discredited anti-Scientology media source. His fabricated stories about his experiences as a staff member were debunked more than a decade ago. He has yet to produce any independent witnesses, photos, documents or any other shred of evidence supporting his claims of being physically attacked.

Notably, up until his double life was discovered Hawkins freely gushed about his life in the Church. It was only after his perversions were found out that he became a Church critic. As Hawkins once stated of his working life at Golden Era:

“It is an ideal working environment, out of the pollution and congestion of Los Angeles, a safe environment in which to live and work … Living and working here has been the happiest and most fulfilling time of my life.”

But rather than get on with his life after being kicked out of the Church, the embittered Hawkins dedicated himself to spreading hate about the religion he had been a part of for so many years. Shortly after being expelled, he created an anonymous hate-filled website in a failed attempt to use lies to convince individuals to abandon their religious beliefs.

Concurrently, Hawkins joined with the cyber-terrorist group Anonymous, which has a long record of illegal cyberattacks against government agencies, major corporations, nonprofit institutions and religions. Anonymous has been the subject of numerous federal investigations (and several successful criminal prosecutions) for engaging in hate crimes against the Church of Scientology, its members and its ecclesiastical leader—including bombs, arson and death threats.

Their hateful purpose was publicly proclaimed with this chilling threat: “This will be the world’s biggest terrorist attack on a religion. Lives will be lost… His execution [referring to the President of the Church of Scientology International] along with the deaths of other countless Scientologists will strike fear into the hearts of every member….”

Hawkins is a self-professed card-carrying member of this criminal collective, a thoroughly discredited source with a long history of lying and a willingness to say anything to smear the Church that kicked him out.

As his former wife states: “Trusting Jeff Hawkins is a big mistake. Once you promote him as one who speaks the truth, you destroy the truth for the rest of us.” 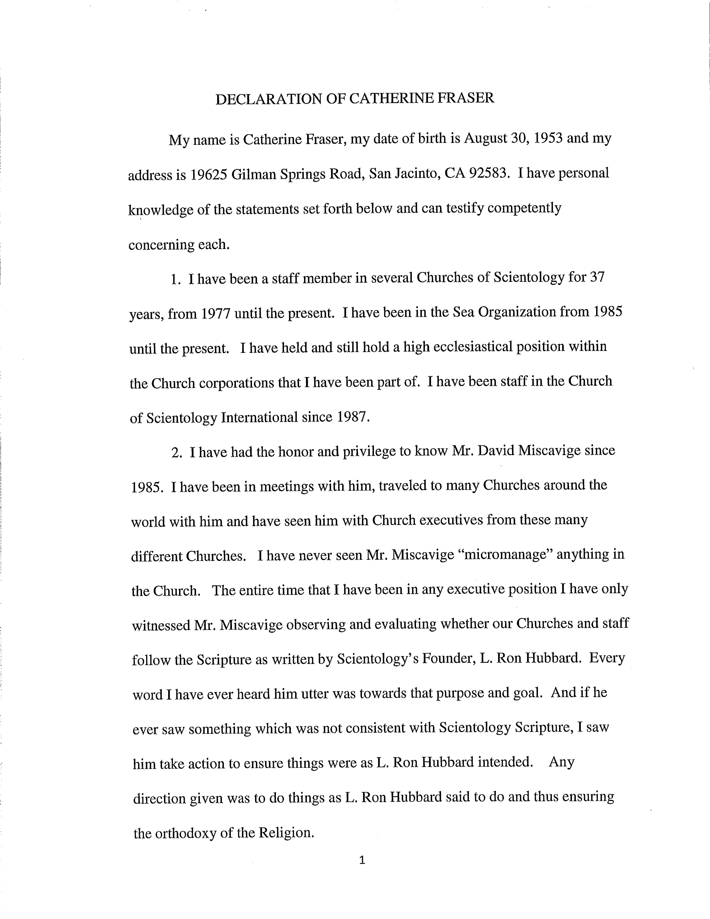 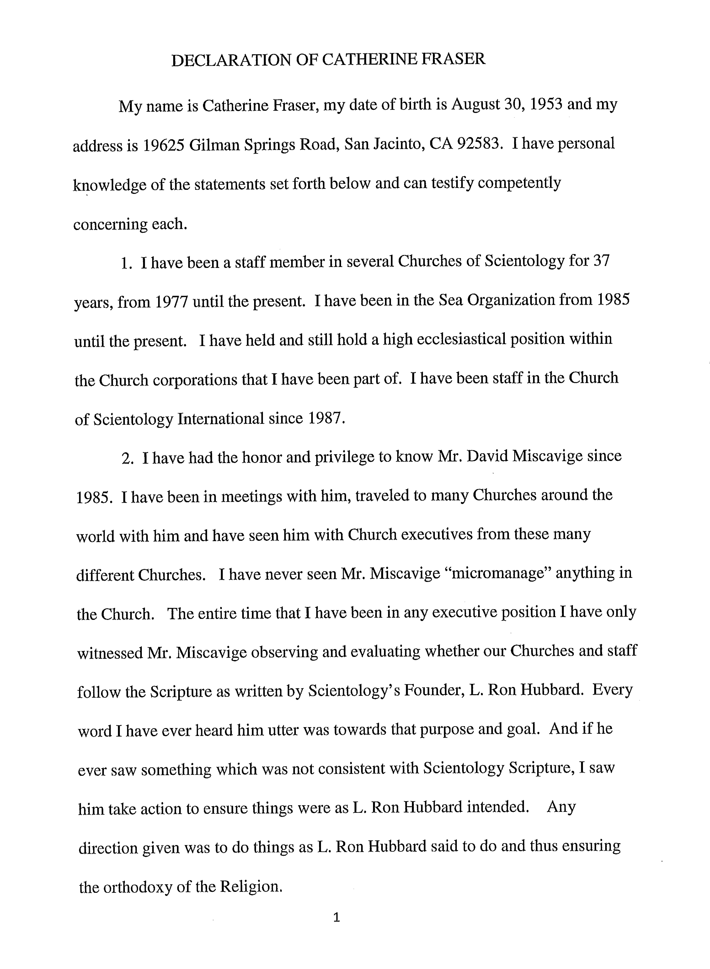 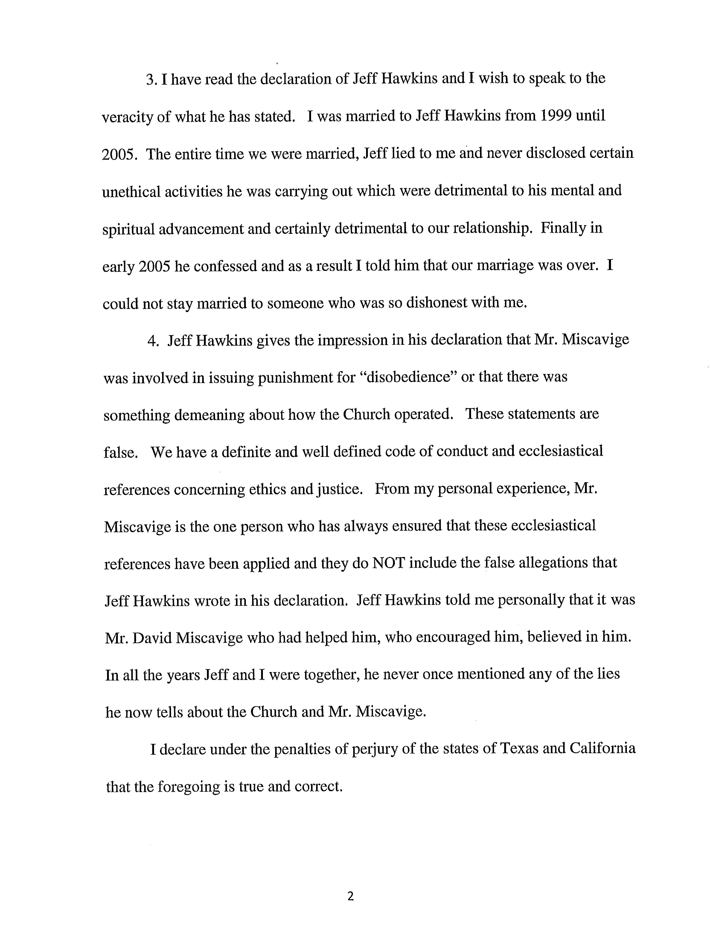 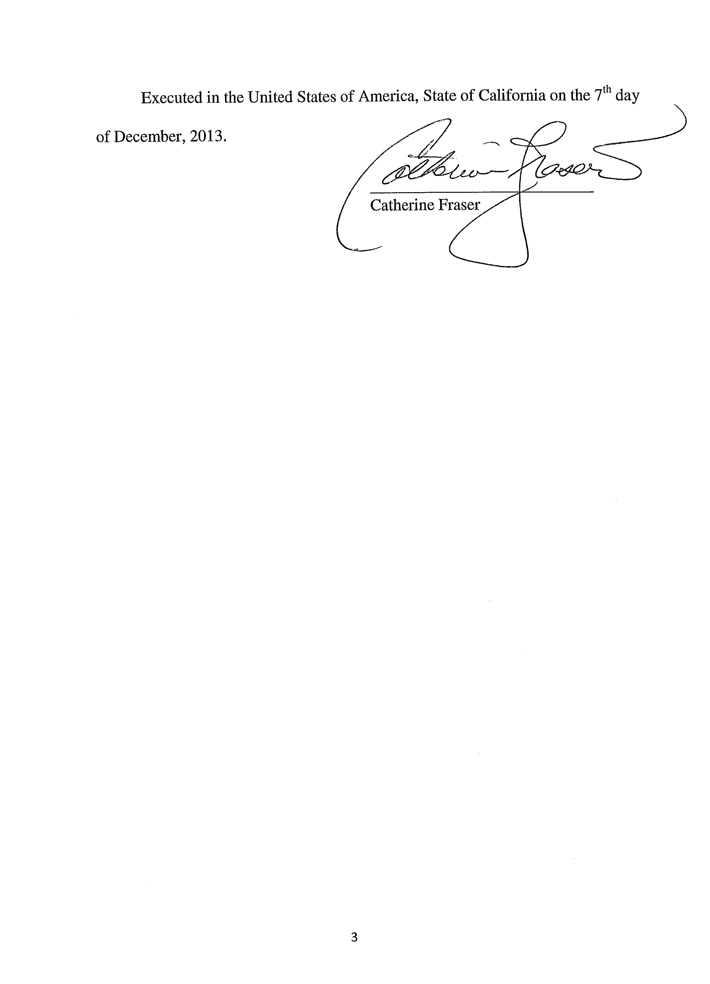