Why Hate Promoters Like Alex Gibney Should Be Held Accountable

Like a lot of people these days, I’ve “cut the cord” on traditional cable TV subscription, paying instead for various streaming video services. I recently signed up for the HBO Max app after learning it was included free with our cell phone plan.

My son and I sat scrolling through an alphabetical list of titles and were all smiles as we saw dozens of movies and TV shows we thought would be interesting.

But then we got to the letter “G” and saw the title “Going Clear.” My son asked what that was and I had to explain it was a bigoted propaganda video against our church made to look like an objective documentary.

I’m not sure what was worse—having to tell him or seeing his muted reaction. He’s 14 now and I’ve had to explain this kind of bigotry to him many times before, so the revelation elicited little more than an eye roll. He has come to expect it now.

That makes me incredibly angry.

Because here’s the thing: the Church is either what its members say it is, or it’s what propagandists say it is. It simply cannot be both.

Bigotry has no place in a civilized society.

Well, any Scientologist who has studied Scientology and applied it in his or her life knows exactly what our religion is. And the Church went to extraordinary lengths to give the actual facts to Alex Gibney; he refused to use them, opting instead for hate speech. This was not an accident or oversight or misunderstanding. It was done very much on purpose, maliciously and with a willful disregard of the truth.

And facts matter. The truth matters. I don’t want to live in a world where a major cable network is allowed to get away with knowingly spreading ridiculous, demonstrably false bigotry against my church, my religion, my friends and my family. And the authors of the bigoted lies, and the media companies who spread them for profit no matter who gets hurt, should be held accountable for creating a world where such bigotry has become “par for the course.”

The truth of what Scientology is and can be in people’s lives is there on a silver platter for anyone willing to take even a moment to look for themselves. Our religion’s leader, Mr. David Miscavige, and a dedicated team of thousands have made sure our scriptures are available to virtually everyone on Earth. Millions are reading them every day and experiencing what Scientology is on a personal level. And no amount of hate, malicious attacks or false propaganda will stem the growing tide of people being reached and helped around the world with Scientology.

But enough is enough. Just because the truth and workability of Scientology outshines any number of false attacks leveled against it doesn’t make those attacks any less of an affront to common decency, humanity and human rights. Such bigotry has no place in a civilized society.

That’s why people of conscience everywhere should stand together and tell hate promoters they will not be tolerated. 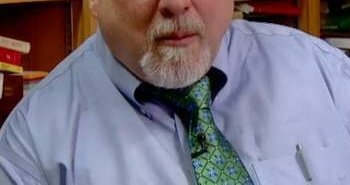