This month, the University of Pennsylvania has invited misogynist, rape apologist and anti-Scientologist Mike Rinder to speak on campus and profit from his hate speech and abuse of women.

Shocked and outraged, one mother and survivor of sexual assault reported to STAND League that she reached out to Michael Jones-Correa, Chair of the University of Pennsylvania Political Science Department, to protest the university lending its Perelman Center for Political Science as a platform to an abuser of women.

Jones-Correa sent her a form reply stating that having Mike Rinder as a speaker was “controversial” but “important.” When she wrote back: “I am truly outraged by your response of no action whatsoever,” Jones-Correa repeated the same form reply.

“This serial abuser is given a platform by an Ivy League university to sell his books, with his reputation enhanced by the university itself. Yet the department head protecting Mike Rinder doesn’t even have enough respect for survivors of sexual abuse to give them the courtesy of a reply,” she told STAND. “I am appalled.”

In 2010, Mike Rinder violently attacked his wife, Cathy, in front of their daughter.

Not one month ago, Mike Rinder threw his support to convicted rapist Paul Haggis on the witness stand in a New York courtroom. As reported in the New York Times: “Haggis invited [Haleigh Breest] to his loft in SoHo, where he forced her to give him oral sex, penetrated her digitally and proceeded to rape her.” The court awarded Breest $10 million in damages.

Rinder, meanwhile, called Haggis “a gentle man, with impeccable manners and a generous heart.” And now the University of Pennsylvania offers the same vote of confidence to Rinder.

His history, however, is far worse than supporting rapists.

In 2010, Mike Rinder violently attacked his wife, Cathy, in front of their daughter. Even after surgery in the wake of the assault, Cathy will never regain the full use of her arm and “has a permanent disability that will always be there with her,” according to her surgeon.

In September 2022, Rinder published a book for financial gain that exploited his children—the son and daughter he emotionally abused, then abandoned. Both wrote an impassioned open letter condemning Rinder for years of neglect and manipulation, and for attacking—then victim-shaming—their mother. Rinder’s response has been to mock his son and daughter, calling them “proxies.”

In an era when the world condemns sexual violence and hate against minorities, the University of Pennsylvania has made it clear it stands with bigots and abusers.

In addition to his abuse of his family and defense of rapist Paul Haggis, Mike Rinder is also known for his toxic anti-Scientology hate speech. Rinder has described members of the Scientology religion—his children among them—as “rabid vermin” and “cornered rats.” His anti-Scientology television show was taken off the air after it incited threats and acts of violence against Scientologists, murder among them. Rinder’s fringe hate podcast was demonetized, then cancelled, after all commercial advertisers fled upon learning they were funding Rinder’s bigotry.

In an era when the world condemns sexual violence and hate against minorities, the University of Pennsylvania has made it clear it stands with bigots and abusers. Michael Jones-Correa, in particular, has rubber-stamped religious bigotry, the defense of rapists and domestic abuse—even as every other platform has cancelled Mike Rinder.

Dozens have written in to STAND shocked the University of Pennsylvania condones Jones-Correa’s callous handling of this profoundly serious matter. 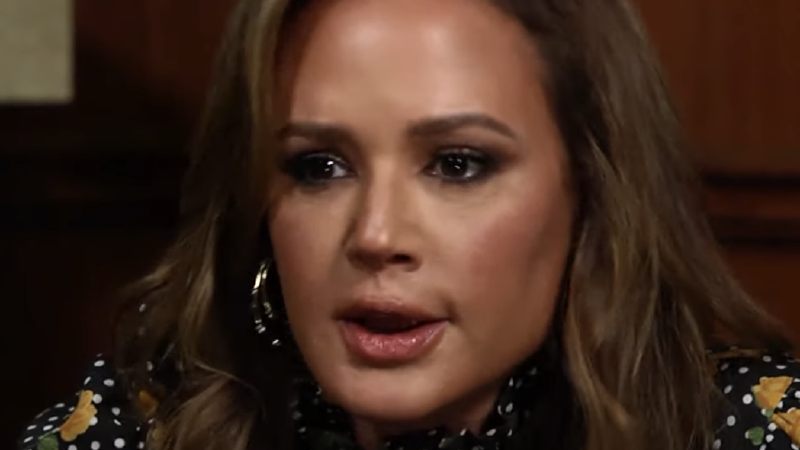