Fake It Till You Make It: How Mass Media Manipulates

Fake news has become a staggering problem. Public trust in media institutions has declined sharply in the wake of numerous scandals fueled by fabricated stories in the news and on social media.

It’s easy to blame fake news on irresponsible Facebook users and opportunistic reporters churning out clickbait for ad revenue. But to do so would be to ignore a darker reality on the state of mass media and the information that shapes our policies and culture.

The Consolidation of Public Opinion

Only six companies control 90 percent of the media we see. Media mega-houses like Comcast, AT&T and Fox are rapidly buying up smaller media outlets, a consolidation effort that attempts to compete against FAANG companies (Facebook, Amazon, Apple, Netflix, Google) and other tech giants who are gaining control of the public’s attention. What this means for us readers is that just 15 billionaires effectively own the public discourse.

When it comes to individual journalists, some really do try to report the truth in good faith, but they come up against a machine of suppression. It makes more sense to place the blame of fake news on the monolithic power structures that have the power to shape nearly every story in the media.

Media moguls have long had close ties to top government officials, creating a condition known as “media capture.” Alina Mungiu-Pippidi, professor of democracy studies at a prominent Berlin university, defines media capture as “a situation in which the news media are controlled either directly by governments or by vested interests networked with politics.”

In 2016, Scientific American published a hard-hitting exposé on how the FDA used manipulative tactics and threats to intimidate media sources in order to control their narrative:

“Documents obtained by Scientific American through Freedom of Information Act requests now paint a disturbing picture of the tactics that are used to control the science press. For example, the FDA assures the public that it is committed to transparency, but the documents show that, privately, the agency denies many reporters access—including ones from major outlets such as Fox News—and even deceives them with half-truths to handicap them in their pursuit of a story. At the same time, the FDA cultivates a coterie of journalists whom it keeps in line with threats. And the agency has made it a practice to demand total control over whom reporters can and can’t talk to until after the news has broken, deaf to protests by journalistic associations and media ethicists and in violation of its own written policies.”

When confronted with a powerful force that tries to suppress or manipulate the truth, should journalists just stop reporting?

In 2007, ABC News ran a story on an AT&T whistleblower who revealed that the government was monitoring internet traffic of U.S. citizens. The ABC article has since been deleted, but I dug up an archived snapshot here. It reads: “Whistle-blower AT&T technician Mark Klein says his effort to reveal alleged government surveillance of domestic internet traffic was blocked not only by U.S. intelligence officials but also by top editors of the Los Angeles Times.”

Klein initially took his documents to the LA Times to expose what he called “an illegal and Orwellian project,” but the story was killed by the newspaper’s editors at the request of NSA officials.

Dan Rather, a longtime CBS news anchor, spoke out in a BBC interview about the American political climate in which journalists are discouraged from asking tough questions.

“There was a time in South Africa that people would put flaming tires around people’s necks if they dissented… And in some ways the fear is that you will be necklaced here… It is that fear that keeps journalists from asking the toughest of the tough questions, and to continue to bore in on the tough questions so often. And again, I am humbled to say, I do not except myself from this criticism… What we are talking about here—whether one wants to recognize it or not, or call it by its proper name or not—is a form of self-censorship… And one finds oneself saying: ‘I know the right question, but you know what? This is not exactly the right time to ask it.’”

How to Fight for the Truth

When confronted with a powerful force that tries to suppress or manipulate the truth, should journalists just stop reporting?

Of course not. At their core, I believe that the vast majority of journalists aspire to make the world a better place by revealing the truth so the world can confront and address its problems. But how does one write responsibly, ensure the facts are not shaped by a powerful agenda, and maintain journalistic integrity?

Alan Rusbridger, after a two-decade tenure as editor of The Guardian, recently spoke out on the topic of fake news and how to fix it.

“My experience is that readers are surprised when journalists can say, ‘Can you help me? Here’s my article. Is it right? Could it be improved? What’s missing here? What should I write about next?’ These are such collaborative and open questions.

“Rare are the examples where journalists behave like that. But [when they do], readers fall over themselves to get involved, and that leads to trust. I think it leads to better reporting.”

In my view, this form of journalism should no longer be the exception, but the rule. Reporters who crowdsource the news by asking for the truth at its source and readers who speak up when their story is being mistold are the forces who will fight the giants of consolidated media and information manipulation at the hands of the very few and powerful.

We here at STAND League try to do just that. There are a few media outlets who are hellbent on telling baseless stories about Scientology as a result of the agendas of a few people (looking at you, Disney, HBO and A&E).

The next time you see a sensationalized article or documentary about our religion, look to see if any actual members of our church were asked to weigh in. It should go without saying that people who were kicked out for sketchy behavior, like Leah Remini, don’t count.

I write for STAND because my experience with Scientology, and knowing the hundreds of Scientologists I know, is that this group is full of optimistic, high-integrity, inspiring people who relentlessly try to be the best possible versions of themselves and improve the lives of others wherever they can.

This story, my story, is simply not being told by the mainstream media. As for why, I’ve written about this before: Scientologists are not afraid to stand up to powerful organizations that do not have the public’s best interest in mind. Naturally, this makes us a little unpopular with certain people.

But if you’re tired of fake news, and if you want the truth, you’ll need to find it for yourself. Here are a few ways you can do so. 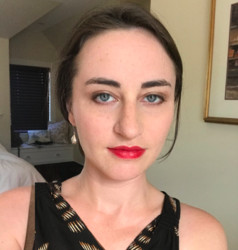