It happens to all of us. We are scrolling along on some internet page and boom! We read something that totally matches what we were thinking. An idea, thought or opinion that is as real to us as the bright blue sky. It’s a “that’s what I’ve been trying to say!” moment or an “I knew it all along!” There’s a feeling you’ve been acknowledged—a little surge that’s almost tangible. Someone else thought it too and you were right!

We are social beings. We crave the feel-good vibes of interaction and camaraderie. Admit it: you’re a sucker for cyber-space communication with that guy who loves the same band that you do, with the girl who also lost 20 pounds doing the same work-out you did and for the couple that also bought those cute sweaters for their corgis and posted the photos.

Which brings me to the subject of this blog: what advantage is being taken of the fact that you’ve got your eyeballs pointed intently at that screen and you’re looking for something that clicks with you?

I’m not just referring to advertisements that have been tailored to fit your interests. It’s a bit more sinister than that.

You’re already familiar with the mainstream media’s representation of Scientology, which is fakery at its finest. That’s nothing new to most of us. To please their masters and sponsors, the media talking heads will pull anything out of their… hats.

But let’s look at a “news organization” that you can’t hold responsible for its slander because it doesn’t even exist. A recent article by Larry Kim, CEO of MobileMonkey, details an experiment conducted to see how inexpensive and simple it is to create a fake news website, then spread a series of total fabrications to those most likely to identify with them.

I’ll wager that you’ve also been clicking on a lot of balderdash and I think it’s time you wised up, too.

The data is fascinating and rather unnerving at the same time. In about an hour’s time, Mr. King created a fake news website, put together a fake news story by re-using a popular one he had seen, created a fake news page on Facebook, created a fake ad promoting the fake news from his fake page, targeted the ad to the groups most likely to salivate over it, specified his budget of about $50.00 and then clicked “place order.” Within minutes, people were engaging and when the funfest of fakery was all said and done, the ad had 44 likes, 27 shares, 20 comments, 3 page likes and 200 website clicks.

I highly recommend you read his whole article so that you really get the scope of this experiment. Mr. King describes the snowball effect that happens when users engage in a sponsored post:

“Like gravity, fake news just needs a little push (even just a few dollars in Facebook ad spend) to get the ball rolling. Once set in motion, millions of people can end up seeing this stuff for very low cost.”

I see far too many of my friends on social media giving fake articles undeserved attention and horsepower by sharing, liking and commenting. I cringe every time I see it. I’ll wager that you’ve also been clicking on a lot of balderdash and I think it’s time you wised up, too. You may have even lost friends due to arguments about a piece of “news” that wasn’t even real in the first place.

Please ask yourself this simple question: how much of a sucker do I really want to be?

When you read the words on a page, think of Mr. King’s experiment. Click wisely, sharpen your focus and make sure your B.S. meter is hooked up and turned on. Before you get all riled up and hop on that wild horse of righteous indignation, make sure there isn’t some instigator pulling on the reigns.

KEYWORDS
BIASED MEDIA FACEBOOK FAKE NEWS SCIENTOLOGY
AUTHOR
Melissa Butz
Scientologist, bookkeeper, lover of family, friends and the outdoors
THE STAND BLOG
HATE WATCH
Game Show Network: Bigotry Is No Game
HATE WATCH
Why Political Operative Ace Smith Is the True Loser in the L.A. Mayoral Race
HATE WATCH
Why the People of Los Angeles Are Disgusted by Ace Smith
FEATURED ARTICLES
RELIGIOUS FREEDOM
Why God Is Love and We Should Love All People of All Faiths
By Melissa Butz
TOLERANCE
Faith Communities Come Together to Pay Tribute to Queen Elizabeth II
By Melissa Butz 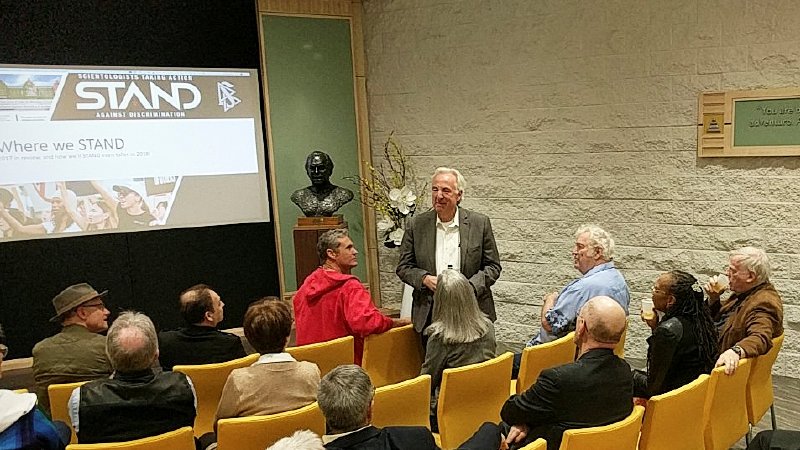 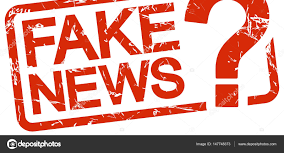