Confessions of an “Open-Minded” Person

A popular ice-breaker Scientologists use over coffee or when meeting for the first time, is “So, how did you come into Scientology?” In other words, what first attracted you to our religion? The answers vary from the mundane to the serendipitous, but are often, “I read this particular book by L. Ron Hubbard and it really hit home,” or “A friend of mine introduced me,” or some such.

Occasionally the answer comes out of left field. Like the young man who called his drug dealer, but dialed the wrong number and got connected to the local Church of Scientology instead. Or the woman whose car broke down right outside a Scientology mission during a heavy rain and who came inside for shelter while awaiting the tow truck.

Generally, people who find Scientology were already searching for something. Some were at a crossroads in their life or had just gotten into or gotten over some crisis and were in need of a change. I was none of these. My life was going great, and furthermore I knew this to be true because my fortuneteller told me so. In fact, just that day she told me that she saw doors opening for me. So when I was ushered into the Washington D.C. Church of Scientology on March 13, 1973, I had zero interest in whatever they had to say to me.

I was, however, “open-minded.” Cue the air quotes, please. There is a difference between open-minded and “open-minded.” When one is simply and honestly open-minded, it indicates a willingness to try new things, to hear other viewpoints, in short, to learn something new and be OK with that. When one, on the other hand, is loudly and proudly “open-minded” one is willing only to advertise how open-minded one is, while actually being completely unwilling to change, commit or even truly listen to another viewpoint, opinion or fact. It is a waste of time to try to persuade the “open-minded” person to change his or her opinions or to even peek around the blinders even a teensy bit. It can be exasperatingly maddening, as a matter of fact. Why?

Because “open-minded” people can be some of the nicest people you ever hope to meet. I know. I was one. I had perfected my magnanimously sincere “listening face” to a T. I was very “open-minded.” I was so “open-minded” that I had yet to eat any kind of pie by the age of 23 because I was suspicious of anything that had too many ingredients. Likewise pizza. Everything had to be plain. My ice cream of choice was vanilla (chocolate in extreme situations). My politics were my parents’ politics. My favorite TV shows were my friends’ favorite TV shows. And my opinions were largely based on what was safe within my own family and my own group.

The moral here is not that “open-mindedness” is the same as being a bigot, but it is a gateway drug toward becoming one.

As far as Scientology was concerned, I had already read all I needed to know about Scientology from Life Magazine (remember Life Magazine? It used to be a popular weekly periodical) and why would they lie? But I listened very attentively and “sincerely,” comfortable in my pre-formed opinion, smiled and nodded pleasantly, discussed, listened, nodded and smiled some more, and left. But before I did, I allowed myself to be sold one book by Mr. Hubbard (I made sure it was the lowest-priced one they had, Dianetics 55!, for $2.00).

Naturally, I didn’t read it, because I already had all my opinions and assumed knowledge of Scientology neatly packaged and tucked in a concrete crypt in my mind.

Then, some weeks later, while dusting my bookcase with Lemon Pledge, Dianetics 55! fell off the stack and landed on my foot, opening itself by chance to a chapter entitled “Trapped.” That piqued my interest because I’d actually been feeling rather trapped of late. Hours later I was still on the floor, still reading, dust cloth and Lemon Pledge all but forgotten. Mr. Hubbard had converted my “open mind” to an actual, for-real Open. Mind.

The moral here is not that “open-mindedness” is the same as being a bigot, but it is a gateway drug toward becoming one. I could see down the road a few years that closed mind of mine getting shut tighter and tighter, accumulating combination locks and deadbolts against ideas, things and people that did not qualify for entry into the shrinking members-only club that was my cranium.

Beware of priding yourself on your “open-mindedness” while actually seeing all things only through preconceived filters, sunglasses and blindfolds. Warn your friends that being truly open-minded involves the ability to look, to experience, to commit, and as a result maybe, just maybe, allowing someone to change your life. 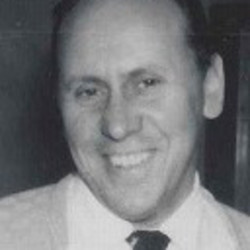 Norm Shannon
Norm loves writing and helping people through the wisdom of Scientology. He recently moved to Florida where he was delighted to learn they have air conditioning.
THE STAND BLOG
RELIGIOUS LITERACY
Jewish-American Heritage Month: A Reminder of the Blessing to Our Nation the Jewish People Have Been
RELIGIOUS FREEDOM
Millions Flee Religious Persecution, USCIRF Reports
INCLUSION & RESPECT
Recognizing a Community’s Gifts to America This AAPI Heritage Month
FEATURED ARTICLES
RELIGIOUS FREEDOM
The Founders’ Creator—Islam, the First Amendment and Religious Freedom
By Imam Talib M. Shareef
RELIGIOUS FREEDOM
Why My Religious Rights Are Being Threatened in Los Angeles County Superior Court
By Bishop L. J. Guillory
RELIGIOUS FREEDOM
Why All People of Faith Must Cherish and Protect the First Amendment
By Soraya Deen
RELATED ARTICLES
BLOG | COMBATING BIGOTRY & HATE
What “Everybody Knows” Actually Isn’t True
BLOG | SCIENTOLOGY RELIGION
Happy Birthday, Dianetics!
BLOG | SCIENTOLOGY RELIGION
How Does It Feel to Be a Scientologist?