Beware the False Prophets of Profit

Religion is about rejoicing in faith, about bliss in discovery, about a spiritual high that is ineffable, indescribable. It is the rapturous bliss of a Black Baptist Church in full-throated praise. It is the blessed joy of being saved and reborn at the evangelical Christian Church. It is the exuberant dance and song of The Rejoicing of the Law in Judaism. It is the quiet happiness of Nirvana attained in Hinduism and Buddhism. It is the joy of peaceful surrender through submission to the will of Allah in Islam.

Religion unfurls its welcome mat to people everywhere, inviting them to experience the bliss of knowing there’s more to life than mud and random chemicals.

Who would deny people the opportunity for such increased spiritual awareness and fulfillment? Who would say, “Sorry, not for you,” to those reaching for a drink at the fountain of revelation? Well, believe it or not, there are such people. They are people with college degrees, who wear suits and write scholarly books. They are people who, in short, should know better. But because they get paid big bucks to testify in courts of law as “experts on religion,” while yet regarding religion and people of faith with imperious contempt, they persist on their unholy road.

I had a firsthand opportunity to observe one such, Margaret Singer, a psychologist with the twisted notion that religion was actually a form of brainwashing. This notion, to which she attached the ten-dollar title “cultive coercive persuasion,” was met with universal derision by her own colleagues. Despite being roundly debunked, Dr. Singer soldiered on, her theories a thin attempt to justify the violent epidemic of deprogramming in which she participated in the 70s and 80s.

It was 1986. Singer was testifying in Los Angeles Superior Court against my religion. I sat not more than 15 feet away from her. She dismissed the life-changing wins and spiritual gains of myself and my friends. Singer sang away, trashing my beliefs and, by extension, all things spiritual, in a monotonous voice, playing the part of the kindly old lady imparting wisdom, until our lawyer broke in with, “I OBJECT TO THIS WITNESS EMPLOYING HYPNOTIC TECHNIQUES ON THIS JURY!”

Abruptly, the jury startled itself out of its trance.

Is this any way to live? Trading one’s chance at immortality for a few pieces of silver?

Dr. Singer is long dead now, gone to whatever religion’s Hell will deign to accept her.

But she has her disciples who carry on her debunked work. One in particular is Stephen Kent, a sociologist who steadfastly clings to Singer’s universally rejected work like a flea to a hound. It is, after all, his livelihood. Kent gets paid, just as Singer did before him, to trash new religions as an “expert witness.” He gets his research “data” from apostates and from hearsay, rumor, and distinctly slanted information based on exactly zero evidence.

There’s lots of money to be made, apparently, for apostates filing civil suits against their former religion, and Kent follows the money. He cares not for the reams of papers and criticisms filed by distinguished scholars and researchers censuring his crackpot ideas. The American Psychological Association and his own outfit, the American Sociological Association, have resoundingly rejected his theory as having no scientific validity whatsoever—the theory of “coercive persuasion” he cribbed from the equally debunked Margaret Singer.

But he pays them no mind, for the “religion” that the likes of Singer, Kent and other “experts” espouse promises huge dividends to those who turn on the people of good will who helped them. Unable or unwilling to experience the bliss of their brothers and sisters in faith, they opt instead for the cult of Betrayal for Profit.

“Beware of false prophets, which come to you in sheep’s clothing, but inwardly they are ravening wolves,” warns the Apostle.

In our time, the false prophets ply profits for their followers, their ravening “bliss” spawned from court orders and pieces of paper with dollar signs.

Is this any way to live? Trading one’s chance at immortality for a few pieces of silver? Apparently some swear by it, and instead of whiffing the sweet fragrance of epiphany, prefer to dive head-first into a sea of mud.

There’s simply no accounting for taste.

KEYWORDS
ANTI-RELIGIOUS BIGOTRY MARGARET SINGER STEPHEN KENT
AUTHOR
Martin Landon
Martin Landon is happy to say that at present he is not doing anything he doesn’t love. Using Scientology, he helps people daily, both one-on-one through life coaching, and globally, through his webinars. He has also authored books, movies, plays, TV shows, and comic strips and currently writes for STAND, which gives him great joy.
THE STAND BLOG
HATE WATCH
Why Political Operative Ace Smith Is the True Loser in the L.A. Mayoral Race
HATE WATCH
Why the People of Los Angeles Are Disgusted by Ace Smith
HATE WATCH
Rick Caruso Campaign Manager Ace Smith Blocks Scientologists Speaking Out Against His Bigotry
FEATURED ARTICLES
RELIGIOUS FREEDOM
Why God Is Love and We Should Love All People of All Faiths
By Martin Landon
TOLERANCE
Faith Communities Come Together to Pay Tribute to Queen Elizabeth II
By Martin Landon 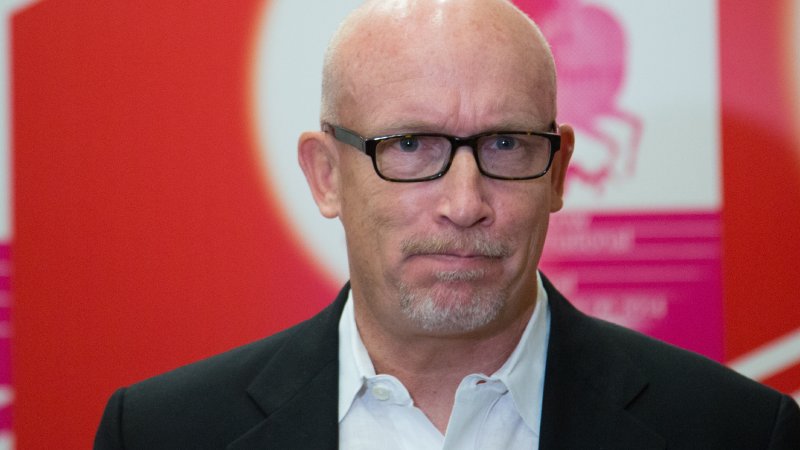