What We Can Learn From the Jussie Smollett Story

I was on a reality TV show in 2005. I was auditioning to be the lead singer for the rock band INXS. I was not a big TV guy (I was on the road touring most of the time and didn’t have much time to sit and watch) and I hadn’t watched a lot of reality shows. I naively assumed that it would be a sort of documentary about our experience, a “fly on the wall” take on what it was like to be a part of something unique and interesting.

Being on the show taught me that anything you ever see in the media has a specific group of people who created it. Those people have a specific viewpoint, and often have an agenda with very specific outcomes in mind. Sometimes it’s to create something entertaining enough to capture the attention of a particular audience. Sometimes it’s to make one political candidate look great and another totally incompetent. Sometimes it’s to sensationalize everything that’s going wrong in the world in order to achieve higher ratings and more income from commercial sponsors.

In other words, objectivity in media is, based on my experience, a myth. Some groups and organizations are more altruistic and civic-minded than others, but no one goes to the time, trouble and expense to produce and promote something broadly unless they are trying to achieve specific goals, and if it’s a commercial enterprise (very much including major media and news outlets) then the goal is typically the highest possible profit.

The biggest casualty in all of this is anything remotely resembling objective truth.

The breathless, endless coverage of the recent Jussie Smollett incident in Chicago is, for me, the perfect example of media coverage in the modern age. Different networks have covered it very differently depending on their audience and editorial bias. And if you take the time to review and spot the nuanced bias of each network you’ll see that the intended audience is being given a specific narrative designed to lead the viewer to a certain conclusion.

If you watch coverage that’s sympathetic to Smollett, you might come to the conclusion that the true story of exactly what happened may never be known and that Smollett may be the victim of a slander campaign orchestrated by the powers that be. But if you watch coverage that’s antipathetic to Smollett and what some people feel he represents to society, the allegations made against him are presented as a foregone conclusion—that he is 100 percent guilty of everything the media has reported.

Watching all of this coverage has had the effect on me that most news media consistently does: it makes me sad and tired. It makes me worried that we’ve all been put into our little data compartments based on algorithms and search/click histories and are now being fed narratives that will cause us to “click here” and “order that product” and behave in the ways expected of whatever demographic groups we’re supposed to fit tidily into.

The biggest casualty in all of this is anything remotely resembling objective truth. The more fragmented audiences become, the more corporations and advertisers rely on Big Data aggregation to determine what we each see and experience online and the more any sense of objectivity becomes a distant memory. I’m not interested in living in a world comprised of echo chambers we’re each placed in based on personal demographics, experience or bias that then determine the story we’re told about the world around us on a daily basis. The intention is not only to reinforce the viewpoints we already hold but to entrench those viewpoints to make us more predictable consumers.

Public discourse is supposed to be about the search for truth, for common understanding and agreement about what’s real, important and valuable to us as a society. True understanding is achieved through honest communication and finding common ground. It takes courage to do that, and to look from a new viewpoint.

The biggest tragedy of the Jussie Smollett incident is that so many people’s understanding of it will be the product of their holding up a mirror to whatever personal views and biases they carried with them into the conversation. And not only will that prevent any sort of healing, reconciliation or closure, but it will simply solidify the positions so many people have in no small part because of the constant stream of biased media they regularly consume.

We can do better. We must do better—in the media, in politics and in our daily lives. People are fascinating and people are basically good, which is why it’s worth “reaching across the aisle” to understand another’s viewpoint and way of seeing the world. 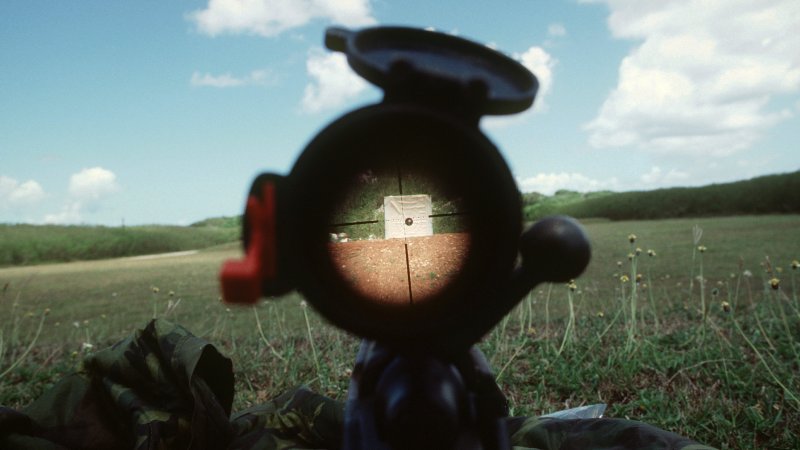