This is a letter written and sent by Mr. Brian Ward of Clearwater to the Tampa Bay Times.

I was born in Jackson, Mississippi at 6:10 in the evening in the year 1955. At that time there were signs that dictated that I and others like me could not drink out of specified water fountains or make use of other specified areas due to the color of our skin. Because of this, I was born in the infirmary of the then Jackson State College, the Negro College; I was not allowed to be born in the hospital.

I was not, to a factual degree, a person.

These are the conditions that we as African-Americans existed under.

I survived through racism at a Catholic school in Chicago, a confrontation with the KKK in Jackson Mississippi and being beaten for two weeks for not sitting in the back of the school bus at age 10, even while my father finished his last tour of duty as a 20-year Air Force veteran.

I have not been interested in being told that I was not a person, a human being. I have fought back. I have protested and stood up for my rights and the rights of others. I have been that way since my adolescence when I realized the inhumanity to Man that Man was capable of in his illogic; that another believed that they were the ultimate truth and that their “truth” was the standard for any and all others. This prejudice and bigotry is limiting and degrading. Limiting in fact not only for those that it affects but also degrading for the very individual that enforces their beliefs on others with no remorse or care. No matter what, you still are responsible for your actions regardless of your justifications as a suppressor of others. I know that you are aware of your actions.

To wrongfully target someone or something is illogical.

To believe that you are in control of me and that you have the right to tell me how to behave and what I should believe in is illogical. It is my right to be what I want to be as long as I adhere to the laws of the land and human decency.

As a Scientology Volunteer Minister, and a three-time recipient of the President’s Volunteer Service Award—and having done good in the community and helped others to lead and live a better life—I consider that I am directly attacked as a man and that I am denigrated again to the level of “a nigger,” that I don’t know what is real and good for me and that I supposedly need your consent to practice my religion with your uninformed articles. I shall thus hypothesize that you will tell me when, where and how I should wipe my own behind, too.

Since recent incidents in Charlotte, N.C., and the national protest against fascism, neo-Nazism and white supremacy, it is apparent that those engaged in bigotry and prejudice are no longer being tolerated.

For myself, Leah Remini is in fact insignificant. Her accusations and the accusations of those individuals that she has aligned to her cause do not match my experiences as a Scientologist.

That your organization has persisted in attempting to attack my Church, these many years, tells me that it is your intention to control me as a person. You do not care who I am or what works for me. You have ignored finding out what we actually do. You have operated from predispositions. It is impossible for me to believe that you have toured our social betterment facilities on Fort Harrison Avenue in Clearwater, or visited the websites for the Foundation for a Drug-Free World, the Citizens Commission on Human Rights, Scientology Volunteer Ministers, The Way to Happiness, United for Human Rights, Narconon and Criminon.

I understand I am just another “nigger,” and you know what is best for me. You deem yourself my Master. You are not my friend.

Interestingly none of these factors appear to find their way into your reasoning when you attack me. There is no fairness in your reporting.

You see, I understand I am just another “nigger,” and you know what is best for me. You deem yourself my Master. You are not my friend.

Your prejudice and bigotry are no real concern for me as I have survived these already in my life. I shall and I am confronting you now and I will continue to do so. Also, I will continue to be a Scientologist; I will strive to become better as a person who can help others to achieve their goals and live better lives.

Since recent incidents in Charlotte, N.C., and the national protest against fascism, neo-Nazism and white supremacy—with the resultant “Crying Nazi” video which has gone viral—it is apparent that those engaged in bigotry and prejudice are no longer being tolerated.

That you have taken on the rantings of a few disaffected individuals rather than the views of a multitude of persons that embrace Scientology is completely without logic.

You have the opportunity to change by truly looking for yourself. Find out what Scientology actually is. Read Dianetics. Read The Fundamentals of Thought. Be brave. Look for yourself. Go online and find out what our humanitarian programs are doing to better society. Your objective should be to see what is actually there and not to spin it and color it for silly tabloid sensationalism only to sell your product.

Then weigh those factors and statistics against Leah Remini’s “truth.”

Please be advised: we are not your nigger. 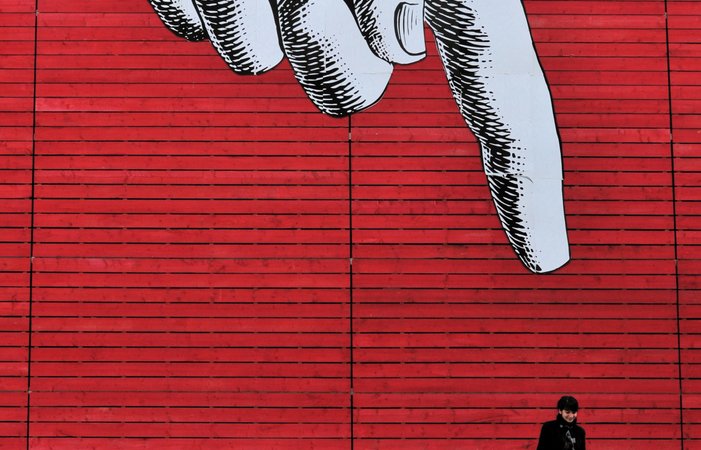