“Everybody knows” what a cult is. “Cult” is one of those words promoted by the media. Yet if you question anyone using the word, they invariably fall into a blubbering stammer when trying to define it. If you can finally squeeze some honesty out of them, they’ll confess it’s ultimately just describing a group that differs from some vague orthodoxy they also cannot articulate.

Self-awareness—especially among younger “anti-cultists”—is quality as rare as a healthy fast food. They see no hypocrisy in calling a group a cult, then taking off to a hallucinogenic ayahuasca ceremony in the jungles of Peru run by a shaman.

If you go strictly by the various definitions of a “cult,” everything from the major religions, to Congress to corporations to political parties right down to social media fan clubs are all cults. In other words—by definition—the entire world is made up of cults. Even people who obsess over “cults” are a cult. As someone who enjoys the humor provided by humans, I find this endlessly entertaining.

Despite the fact that, by definition, virtually everyone is part of one cult or another, there are people with PhD’s tacked on to the end of their names who’ve set themselves up as “cult experts.” They’ve come up with a list of characteristics you can look up to help members of every day regular cults, identify other “cults.”

By making this list, these “experts” have unwittingly exposed the most dangerous cult in the country: namely the six major media corporations.

Just for fun, I’ll use these characteristics and do a quick exposé of the “cult” known as “The News Media.” Many a former member of these cults has exposed the horrors of membership after escaping or being expelled.

News media cult members prey upon and exploit the weak, the sick, the injured, the crippled and the emotionally vulnerable for stories which the cult can then sell to generate more money for itself.

The leaders of these cults (known as “CEOs” in cult-speak) achieve their position by their tyrannical, merciless commitment to bringing in money and expansion of the cult’s reach. Members are completely obedient to the CEO. Continued membership in the cult is always at the whim of various lesser cult officials under him. When members openly express any discontent with “CEO,” they are expelled and shunned or demoted within the cult.

Former members talk of the long, arduous hours worked in order to meet arbitrary deadlines set by cult officials. They tell of being ordered to various places around the country and the world in order to generate more income for the cult, without regard to the impact on members’ lives and families.

Members are coerced into immoral and unethical acts and often prosecuteable crimes. Some of the acts cult members are forced into include hiding evidence, altering facts as well as out- and-out lying and fraud in order to make money for the cult. The stories used to generate revenue for the cult are always proclaimed to be “the only” truth.

News media cult members prey upon and exploit the weak, the sick, the injured, the crippled and the emotionally vulnerable for stories which the cult can then sell to generate more money for itself. In order to find new victims, they are ordered from one disaster to the next.

If a cult member exposes the secret inner workings—the lies, deceptions, and crimes that go on inside the cult—they will be expelled and shunned. Crimes like fraud, collusion, extortion, sexual harassment and assault routinely go unreported by members for fear of this outcome.

When a news media cult member escapes and goes out into the real world, the skills they possess make them almost completely unemployable as they have never done productive work. For this reason, most will continue to put up with their degrading and humiliating role within the cult and its regimented and abusive lifestyle until their usefulness is at an end and they are expelled.

By constant bombardment of hypnotic suggestions, they are able to bring about widespread robotic obedience to the cult’s messages and agenda. The Media cult has proven wildly successful in secretly, insidiously insinuating its weird, crazy beliefs into virtually every household in America, generating massive revenue for the cult as a result. It infects the minds of children and adults alike.

Ah but “cult” is a magic word. Isn’t it? It absolves its users of guilt when they engage in the kind of bigotry and prejudice they would loudly denounce (if it was coming out of someone else’s mouth). If they use the word “cult” that makes it OK. But they don’t rage against bigotry as a result of being “good people,” they simply do it because it’s fashionable. If the fashion ever changes back to widespread bigotry (as it’s doing now), so will they.

Rodger Clark
Contractor, history buff, compulsive learner, currently in recovery from authoritarian education.
THE STAND BLOG
INCLUSION & RESPECT
The Man Behind the Interfaith Solidarity March: An Optimist and Friend to All Faiths
EQUALITY & HUMAN RIGHTS
Celebrating a Death Knell for Discrimination—The Anniversary of Brown v. Board of Education
MEDIA & ETHICS
Journalism and Free Speech: With Great Power Comes Great Responsibility
FEATURED ARTICLES
RELIGIOUS FREEDOM
The Founders’ Creator—Islam, the First Amendment and Religious Freedom
By Imam Talib M. Shareef
RELIGIOUS FREEDOM
Why My Religious Rights Are Being Threatened in Los Angeles County Superior Court
By Bishop L. J. Guillory
RELIGIOUS FREEDOM
Why All People of Faith Must Cherish and Protect the First Amendment
By Soraya Deen
RELATED ARTICLES
BLOG | COMBATING BIGOTRY & HATE
A Different Perspective on “Cults”
BLOG | MEDIA & ETHICS
If I Were to Tell the Story of You 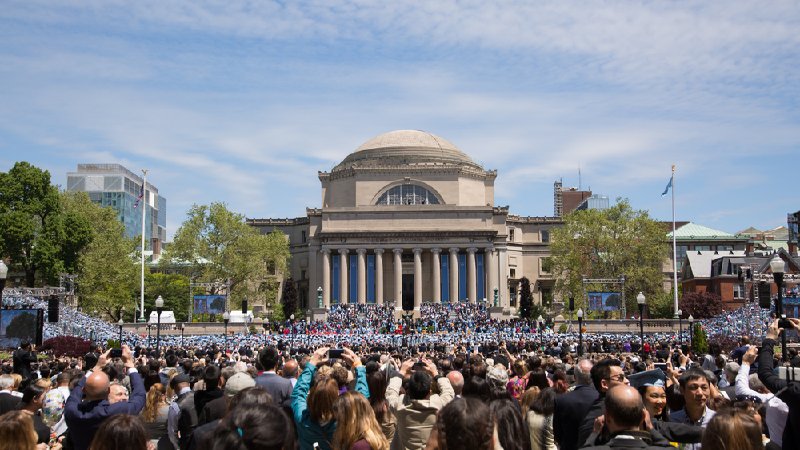 BLOG | TOLERANCE
Scientologist’s Commencement Advice: How to Make This the Best of Times