The Unity That Disaster Handling Brings

Hurricane Michael hit the panhandle of Florida with a sustained wind speed of 155 miles per hour. A hurricane is classified in Category 5 when wind speeds hit 157 miles per hour, and Michael fell just short of this most devastating level of storm.

In its wake, I went to Panama City with a group of fellow Scientology Volunteer Ministers to help in any way we could. While this was the third disaster site at which I have volunteered, it was by far the worst devastation that I have ever seen.

One hundred miles out from ground zero we started seeing downed trees along Interstate 10. It was obvious that crews had been there almost as soon as the hurricane passed in order to make travel safe on this major thoroughfare.

While approaching Panama City, we began to see destruction that was getting progressively worse. Areas where there had been groves of trees now only had a few still standing. The rest had been snapped off halfway up the trunk.

We saw huge warehouses with the ends ripped open and twisted metal everywhere, houses with roofs blown away, and buildings that simply collapsed from the tremendous forces of the winds. The amount of destruction was nearly inconceivable.

We saw miles and miles of downed power lines, with twisted or snapped poles and trees that had fallen onto the lines. It was obvious that despite crews from all over the U.S. working 16-hour days, it was going to be weeks before much of the area had power restored.

Entire areas had been destroyed, such as Mexico Beach, where virtually every house had been flattened by the ferocious winds and the 20-foot storm surge that washed everything off the foundations. Aerial pictures of this place are particularly disturbing when you don’t even see the typical debris left by hurricanes, only slabs of concrete where houses and businesses once stood. While we were there, searches were still being conducted to recover bodies.

We arrived at a local Baptist church and immediately began unloading pallets of water from semi trucks and distributing cases of water to people in the community. As soon as food arrived, we passed that out as well.

We worked side by side with the pastor, members of the church, and others who had come from as far away as Maine just simply to help. Many people in the local community were in obvious need of a smile or friendly face. They got the water they needed and encouragement from the volunteers.

It didn’t matter what church you belonged to, the color of your skin or where you came from. They simply knew they needed help and they were grateful that people were there to assist them in their time of need.

Other members of the Scientology Volunteer Ministers went out into the community to help remove trees from residential streets so people could get needed food and water, and to clear trees and other debris off houses so residents could begin to repair and rebuild.

To the people of Panama City, it didn’t matter what church you belonged to, the color of your skin or where you came from. They simply knew they needed help and they were grateful that people were there to assist them in their time of need.

On Sunday, the pastor invited us to the church service that was held in the chapel, lit by a generator. He told us how he, his family and members of his congregation stayed in that room during the hurricane and he described the fear they felt as the winds raked the building and made the doors shudder. He told us how they had planned to go under the stage if the roof did not hold and about not knowing if they would make it out of the storm alive.

Having been through a Category 1 hurricane personally, I could not even fathom being in that church for a near Category 5 storm. It was simply a miracle that most of the church and its roof remained intact, given what we had seen of the devastation on neighboring properties.

I don’t think that there could have been a more appropriate song for us to sing that morning, for truly, it was amazing grace that brought us all together in the name of perhaps the most spiritual cause ever—help.

It is my personal belief that people of faith—regardless of faith—are all on the same team. We all endeavor to lift up mankind and help solve the ills that plague members of the human race. We may not always agree on the exact method of doing that, but we all have the same goal in the end, and nothing demonstrates that better than members of various faiths coming together for the good of a community devastated by a natural disaster. 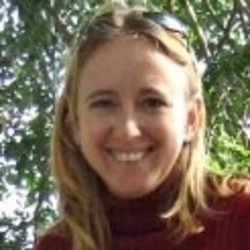 Jen Nickerson
Jen Nickerson is the Executive Director of a private school and tutoring center. She enjoys volunteering, reading and learning new things. She considers herself an avid coffee addict.
THE STAND BLOG
HATE WATCH
Why Political Operative Ace Smith Is the True Loser in the L.A. Mayoral Race
HATE WATCH
Why the People of Los Angeles Are Disgusted by Ace Smith
HATE WATCH
Rick Caruso Campaign Manager Ace Smith Blocks Scientologists Speaking Out Against His Bigotry
FEATURED ARTICLES
RELIGIOUS FREEDOM
Why God Is Love and We Should Love All People of All Faiths
By Daniel Bradley
RELIGIOUS FREEDOM
London Summit Calls For Joint Action to Restore Religious Freedom
By Qamar Rafiq
RELIGIOUS FREEDOM
The Founders’ Creator—Islam, the First Amendment and Religious Freedom
By Imam Talib M. Shareef
RELATED ARTICLES
BLOG | COMBATING BIGOTRY & HATE
About Saving the World and Those Who Discourage It
BLOG | TOLERANCE
Overcoming Discrimination—the ’69 World Series and Hurricanes Today
BLOG | COMBATING BIGOTRY & HATE
What Little Old You Can Do About Bigotry & Evil