And at the end of the concert, she smiled.

Women had shivered, men had wept. Reverend James Cleveland, who had brought her to that Church to sing with that choir—his choir—was so moved that he had to stop. He was so embraced, he had to sit down.

He sobbed into a napkin.

And as she bellowed out the final song of her historic evening, its words waded through the spirit of that holy place.

“I’m so glad I have religion. My soul is satisfied.”

The singer was Aretha Franklin and the moment was captured in a documentary called Amazing Grace.

No, I am not asking you to believe in God. But neither was she.

I dare you to watch it without yourself feeling that feeling—that sense of God and spirit mixing with music and invading your bones.

Yes, there is definitely something about faith. There is something about the truth that brought that passion to her voice as she belted those words and while the whole place was overcome with energy.

And no, I am not asking you to believe in God.

But neither was she.

She was sharing with you what it means, so you can recognize it, if and when you do. 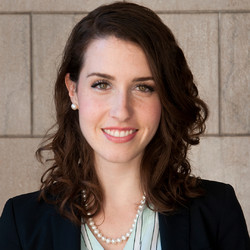 Bari Berger
Born in New York City, Bari is a graduate of Brown University, where she studied journalism and American literature and history.
THE STAND BLOG
COMBATING BIGOTRY & HATE
Shoulder to Shoulder Panel Shows Us Why People of All Faiths Must Confront Islamophobia
SCIENTOLOGY RELIGION
Scientology Made Me a Better Dad—But You Wouldn’t Know It If You Believed the Bigots
EQUALITY & HUMAN RIGHTS
Juneteenth: Why the Struggle Is Always for Freedom
FEATURED ARTICLES
RELIGIOUS FREEDOM
The Founders’ Creator—Islam, the First Amendment and Religious Freedom
By Imam Talib M. Shareef
RELIGIOUS FREEDOM
Why My Religious Rights Are Being Threatened in Los Angeles County Superior Court
By Bishop L. J. Guillory
RELIGIOUS FREEDOM
Why All People of Faith Must Cherish and Protect the First Amendment
By Soraya Deen
RELATED ARTICLES