I’m of Polish decent. My great grandparents came through Ellis Island and another set came through Boston, where my grandfather was born.

My mother was baptized and my father went to parochial school but they never raised me with any particular faith. Nearly all of my friends were Christian and, when I was 11 years old, I decided I wanted to be an Episcopalian.

On one recent Christmas, my mother gave me a “23andMe” test. As I scanned down the results, I saw I was white, white, super-white, couldn’t be more white and wait…

My mom also got tested and she was almost 25%—which means that, most likely, one of my great-grandparents was 100% Ashkenazi Jewish.

A shock, considering no one would mistake me for Jewish:

The fact was, however, that I have always felt drawn to Jewish culture, yet awkward holiday celebrations were the closest I had ever gotten to it.

I do know the deep meaning that truly investing oneself in a religion can bring. And I love the feeling of inclusiveness this new sense of identity has given me.

“How can genetic testing tell you your religion, anyway?” you might ask. 23andMe can’t tell that I’m a Scientologist. But it turns out that the Ashkenazi Jewish people stuck together so closely for so many years that genetic testers CAN tell if you’re one of them.

As soon as I learned, I announced on Facebook that my Jewish friends should welcome me to the tribe. I was so excited. I now had an entirely new group that I could call my own.

I live in a hip part of Los Angeles where people walk and jog all day. Recently, I came upon a group of Jewish men walking down the street. They saw me and slowed up. The leader stopped and asked me if I was Jewish. I said I was, and relayed my story. He told me that today was a special holiday, Sukkot, which I had never heard of. Sukkot is a week-long holiday celebrating the gathering of harvest and God’s protection. So the leader asked if I’d like a blessing. Yes, I said, I would love a blessing. I repeated Hebrew words (what they meant, I had no idea) while holding a giant palm leaf and a lemon. The gentlemen went on their way and I went mine. The exchange was short but I definitely felt uplifted.

Have I “converted?” No. Nor have I joined a synagogue. I have been diving deep into my studies as a Scientologist.

But I do know the deep meaning that truly investing oneself in a religion can bring. And I love the feeling of inclusiveness this new sense of identity has given me.

The truth is, if I had found out I was part Hindu, part Muslim or part Buddhist or part Greek Orthodox, I would have been just as thrilled. One of the main purposes of religion is to bring others closer together, and it does that.

This year, I intend to buy a menorah and light the candles each night. And I will celebrate Christmas just as enthusiastically.

And on the list of best Christmas presents I’ve ever received, finding out I’m a Jew is certainly towards the very top! 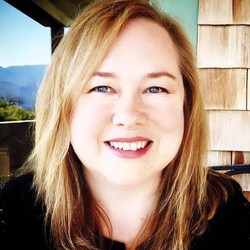