How Fake News Got Its Start: The Circulation War of 1898

Mainstream journalists are steamed. They are furious about our President’s accusations of “Fake News.” They quote the First Amendment, and the solemn charge that the press fulfills to keep us all honest.

Ah… if only the press itself were honest.

There’s no doubt that every society needs a free press, if only to disagree with the poohbahs in charge. Someone has to say that the Emperor has no clothes!

But our founding fathers didn’t have a press in mind that itself lies and cheats.

The corruption of the press began over a century ago, with the rise of Yellow Journalism, a term that came from a cartoon character, the “Yellow Kid.”

Newspaper tycoons Joseph Pulitzer and William Randolph Hearst fought over that circulation-building cartoon, and the fight spilled over into actual news.

As the U.S. State Department’s historian put it:

“Once the term had been coined, it extended to the sensationalist style employed by the two publishers in their profit-driven coverage of world events, particularly developments in Cuba. Cuba had long been a Spanish colony and the revolutionary movement, which had been simmering on and off there for much of the 19th century, intensified during the 1890s. Many in the United States called upon Spain to withdraw from the island, and some even gave material support to the Cuban revolutionaries. Hearst and Pulitzer devoted more and more attention to the Cuban struggle for independence, at times accentuating the harshness of Spanish rule or the nobility of the revolutionaries, and occasionally printing rousing stories that proved to be false. This sort of coverage, complete with bold headlines and creative drawings of events, sold a lot of papers for both publishers.”

The climax of the whole affair came with the sinking of the USS Maine in February of 1898. Hearst and Pulitzer published rumors of plots to sink the ship, and by early May, the Spanish-American War had begun.

The Historian concludes: “The dramatic style of yellow journalism contributed to creating public support for the Spanish-American War, a war that would ultimately expand the global reach of the United States.”

There you have it: the circulation war between Pulitzer and Hearst actually helped launch the modern era of U.S. interference in foreign affairs.

Any addict will tell you that turning your life around takes a major change of lifestyle. As the saying goes, “when you think you’ve hit rock bottom, another trapdoor appears.”

Far from confessing the error of its ways, the American press (and the world press that took its cue) simply became the ultimate vessel for entrenched interests:

In other words, the free press that our country so desperately needs is still finding its trapdoors; and has never been less free than today.

I have met many journalists; and I haven’t met one that I didn’t like. Many of them are dedicated, care deeply about ethics and know the score about media manipulation by powerful interests.

My taste of the newsman’s life came in the summer of 1968, when I crossed the Atlantic on an Italian student liner. The wine was free but so horrible that even a 16-year-old couldn’t drink it, which is saying plenty.

It was addictive, and to this day I think that journalism is special.

So, I ignored all society including girls, sports, the bracing ocean breezes, the terrible wine—all of it to work for hours in a cramped cubbyhole with no portholes. I wrote a daily column and even got to be the editor one day.

It was addictive, and to this day I think that journalism is special.

Is there hope for the future?

Yes. The disruption of the media, first by the Internet and then by social media, has leveled the playing field. It is possible for smart voices, that are not beholden to any corporate interest, to make themselves heard.

The demise of the newspaper is forcing many to have to figure out how to set up shop themselves; whether through online outlets, podcasts, or social media. Many of these pioneers are idealistic and determined to present the objective truth in their specialty.

These new media journalists are gradually erasing the stain of Yellow Journalism, and I salute them.

As Max Planck put it, “A new scientific truth does not triumph by convincing its opponents and making them see the light, but rather because its opponents eventually die, and a new generation grows up that is familiar with it.”

Perhaps this new generation of journalists can help us regain our faith in the truth of reporting about things we know, so that we can believe that the next column over is true, too.

KEYWORDS
USS MAINE YELLOW JOURNALISM PULITZER WILLIAM RANDOLPH HEARST SPANISH-AMERICAN WAR
AUTHOR
T. Riggs Eckelberry
When I was growing up, we lived everywhere, and to this day I can number my friends from school on one hand. I have served as a commercial ship captain, wine importer, film production manager, and above all, technologist. Today, I’m the CEO of a public company that licenses a unique technology for treating water. I believe that technology has the potential to save the world, but also to undermine our rights and our independence. The many people working in the spiritual arena are the vital counter-balance, and I’m proud to be one of these, with my wife, Sigrid.
THE STAND BLOG
HATE WATCH
Why Political Operative Ace Smith Is the True Loser in the L.A. Mayoral Race
HATE WATCH
Why the People of Los Angeles Are Disgusted by Ace Smith
HATE WATCH
Rick Caruso Campaign Manager Ace Smith Blocks Scientologists Speaking Out Against His Bigotry
FEATURED ARTICLES
RELIGIOUS FREEDOM
Why God Is Love and We Should Love All People of All Faiths
By T. Riggs Eckelberry
TOLERANCE
Faith Communities Come Together to Pay Tribute to Queen Elizabeth II
By T. Riggs Eckelberry 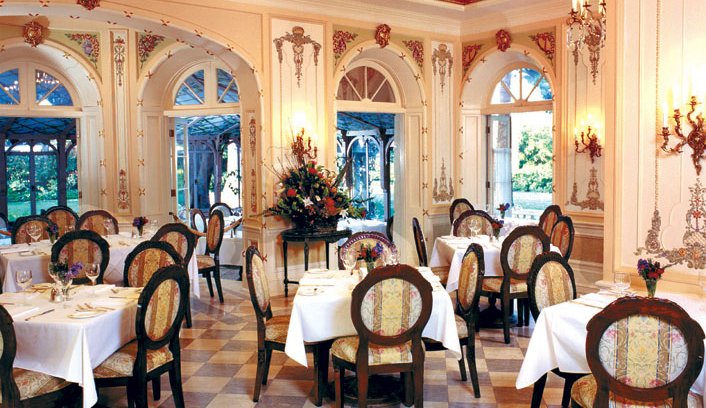 BLOG | MEDIA & ETHICS
If Even Saints are Smeared by the Media, Can We Believe What We Read?

BLOG | MEDIA & ETHICS
If It Bleeds, It Leads. No Matter Whose Blood It Is.