If It Bleeds, It Leads. No Matter Whose Blood It Is.

In early 1898, William Randolph Hearst needed more readership for his newspaper, the New York Morning Journal. He figured a war would do the trick.

The paper had been covering the Cuban Revolution since 1895, as had the Journal’s chief rival, Joseph Pulitzer’s New York World. Both penny-a-copy “fishwrappers” had been battling for readership for years, tempting readers with lurid banner headlines of violence, crime, rumor, innuendo, and at times outright fabrications—and conveniently a revolution has lots of that.

When the USS Maine, one of the first American battleships, was sunk in the Havana harbor on February 15, 1898, Hearst—who was already passionately in support of Cuban independence from Spain—seized the opportunity to fan the flames of war between the United States and Spain by printing bold headlines of pure speculation, presented as fact. It’s too much of a stretch to say that Hearst caused the Spanish-American War, but no one disputes that he inflamed public sentiment in favor of war to a fever pitch.

And there was a war. The headlines were everything Hearst hoped for. Papers flew off the newsstands into the hot hands of hungry readers.

Hunger for the heinous. Readers couldn’t get enough of it. Hearst’s Journal and Pulitzer’s World served up troughs full of it daily.

And thus became a legacy: Both papers share dubious credit for originating what quickly became known as yellow journalism.

Such crass, unsophisticated pandering was—and supposedly still is—beneath the more august publications, such as the New York Times (whose motto is “all the news that’s fit to print”) and the London Times, which looks down its nose at mottos. But that doesn’t mean they don’t do it; they just dress it up with a bit of class.

Why print such drivel? Simple: appealing to the base human instincts was an easy way to sell papers—far easier than appealing to intellect. Selling papers was necessary to sell advertising. Selling advertising brought in revenue, and—as each newspaper owner fervently hoped—profit.

Fast forward to the early 1960s. More than 60 million households have a television. All major U.S. cities have at least three TV stations. Each station carries local news. And guess what? There’s competition for viewership, especially for local news shows that didn’t have to share advertising revenue with the national networks. Even black-and-white TVs took on a yellowish tint: “Slander in the White House! Murder on Main Street! Disease sweeps the nation! And there’s hamburger all over the highway in Mystic, Connecticut! Details at 11!”

Portable TV cameras made it possible to move in for close-ups of the local carnage, tragedy, and confusion and have it on in time for the dinnertime local news. Each station worked at a fever pitch to be up to the minute. “Keep your eye on 5. Best coverage of the Southland!”

If It Bleeds, It Leads

Which leads us to the title of this article. In newspaper jargon—which became TV newsroom jargon—the “lead” is the first paragraph or so of a newspaper story, or the first story to be shown on the news show. Leads (often spelled “ledes” to clarify pronunciation) are carefully crafted to grab the reader’s or viewer’s attention and pull him into the story. (Take a look at the first paragraph of this blog post. Got you, didn’t I?)

The TV headline tactic of tantalizing by terror became so widespread and so incessant that a 1989 New York magazine article by staff writer Eric Pooley is widely credited as coining the unofficial motto of TV news: “If it Bleeds, It Leads.” But, as is often the case, popular music was ahead in the observation game by a good seven years, as demonstrated in this scathing 1982 hit about the newsroom and the “bubble-headed bleached blond who comes on at five.”[MS1] By the way, the other unofficial media motto is “Sex Sells.” It does, too. That’s why you’ll more likely see a bubble-headed bleached blond come on at five rather than some middle-aged guy with a paunch.

Of course, after the lead, the newsroom has to deliver the story, and if you’re looking for blood and tears—and sometimes sweat—local TV news doesn’t disappoint. You can count on it every morning, noon, late afternoon, early evening, late night, and in some localities four in the morning: close-ups of the victim, blood on the ground, wrecked car, bullet holes in the wall, grieving friends and relatives for minutes and minutes on end. All implanted into the viewer by the hypnotic glow that only TV can produce. Radio does it too, minus the glow.

The producers and reporters and blonds will proudly proclaim that they are doing the community a service by keeping the citizenry informed as to the goings-on in the area. To a limited degree they may have a point. But is it really necessary to pound violence, tragedy and gore into the public on a several-times-a-day basis for long minutes at a time?

Apparently it is really necessary—to the bottom line. And, as always, it’s easy pickins.

Pundits claim that one reason viewers are drawn to such reports of carnage is because they think similar things might happen to them and they want to be prepared. If so, why do people think these things will happen to them? Could it be because they see it on TV every day?

Fast forward to the present day. The Internet has entered people’s lives at a pace that makes the expansion of television look anemic. An estimated 3.2 billion people—nearly half the world’s population—have Internet access.

That’s not to say that there isn’t some well-researched, well-written, deeply probing news and information from independent websites—there is—but these are small beacons of integrity in a huge sea of noise.

It has been said that freedom of the press belongs to the person who owns the press. With social media access, 3.2 billion people have the potential to “own a press.” Any one of these 3.2 billion can say anything they want. And if it goes viral—especially if it’s from a star or a politician—it’s “news.” Opinions become “fact.” “Facts” are carefully selected to make a point. Name-calling that even a middle-school student would consider beyond the pale is trumpeted worldwide. It may be complete claptrap, but it’s “news”—especially when the papers, TV and radio pick it up.

That’s not to say that there isn’t some well-researched, well-written, deeply probing news and information from independent websites—there is—but these are small beacons of integrity in a huge sea of noise. And, as always, the competition is fierce. On the web, the name of the game is clicks and how to get them (and the advertising dollars they represent).

It follows that the Internet version of yellow journalism is the same old sensationalism modernized with enticing headlines that lure you to click to see the rest of the story. It’s called click bait. Actual samples: “Leopard on the Loose Terrorizes Town.” “How I Learned I Was My Fiance’s Second Mistress.” “Couple Who Avoided Plane Crash Changed Tickets at Last Minute.”

Conflict gets clicks, for sure.

All of these attention-getting tricks—but especially conflict—ride above a trait that has been common to all news media since time immemorial: Agendas. There is no such thing as unbiased news media. Every media outlet—large or small, mainstream or independent—has an agenda. The most common of them, of course, are political; but they could also be cultural, religious, issue-based, industry-based or special-interest based.

Bias and agenda manifest in many ways: Writing a story with a slant—which could be blatant or very subtle. The selection of photos—flattering, unflattering or disgusting. Placement of a story—leading with it or burying it. Interviewing lobbyists represented as “experts”—pro or con on any given issue. Or choosing whether to run a story at all—politician caught with his hand in the till is featured by media against him and not run at all by the media favoring him.

One would think that the agenda of a news outlet would be its number one priority. It is not.

Selling papers/viewer ratings/clicks/advertising dollars will always take precedence over an agenda. After all, how can you push an agenda if you have no one to push it to? To get attention, any media will do what has traditionally worked: lead with the lurid.

If media in favor of Senator Snarlington hang him out to dry in the process, well, that’s business. And who even cares about Heather Weathervane? Because ultimately in the game of “If It Bleeds, It Leads” it doesn’t really matter whose blood it is—or if the accusation is true.

One thing that is definitely true is that a lot of good people, ideas, companies—and indeed, religions—get hung out to dry in the name of profit.

Don’t be. This is an imperfect world and too many people profit from that imperfection. My personal motto is “Be as angry as you want, but don’t be so naive as to be shocked.”

In spite of it all, there is something you can do to preserve your own peace of mind and to prevent the media moguls and advertisers from profiting off of you: don’t forget that the same switch that turns your TV/radio/computer on turns it off.

[MS1] This is a direct quote of a lyric of the song linked here.

Michael Scandling
Fine-art photographer, writer, counselor-at-large, chef, dog lover, nature lover. Not particularly reverent.
THE STAND BLOG
RELIGIOUS FREEDOM
Honoring Those Who Faced Death to Secure Our Religious Freedom, This UN Day Against Torture
COMBATING BIGOTRY & HATE
Shoulder to Shoulder Panel Shows Us Why People of All Faiths Must Confront Islamophobia
SCIENTOLOGY RELIGION
Scientology Made Me a Better Dad—But You Wouldn’t Know It If You Believed the Bigots
FEATURED ARTICLES
RELIGIOUS FREEDOM
The Founders’ Creator—Islam, the First Amendment and Religious Freedom
By Imam Talib M. Shareef
RELIGIOUS FREEDOM
Why My Religious Rights Are Being Threatened in Los Angeles County Superior Court
By Bishop L. J. Guillory
RELIGIOUS FREEDOM
Why All People of Faith Must Cherish and Protect the First Amendment
By Soraya Deen
RELATED ARTICLES 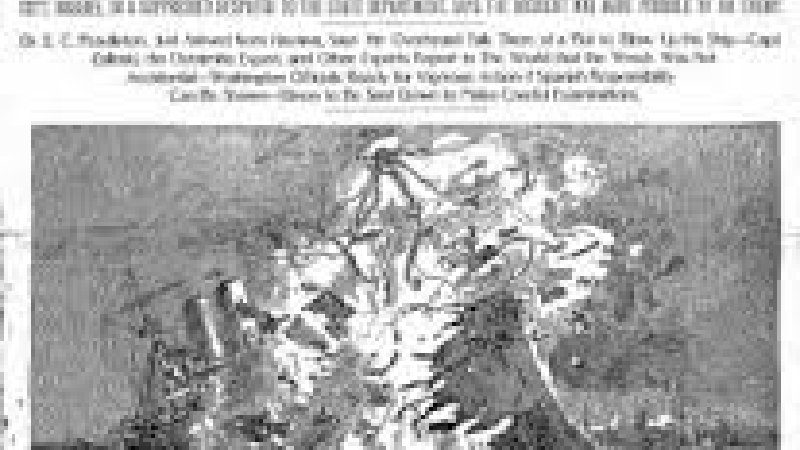 BLOG | COMBATING BIGOTRY & HATE
How Fake News Got Its Start: The Circulation War of 1898