Have you ever noticed unimportant information being spread like wildfire by the mainstream media? In the grand scheme of things, it doesn’t matter, but it’s being shoved at you anyway. You find yourself asking: how did this petty bunch of nonsense get on my radar??

A famous person announces on social media that all people who wear green socks with purple polka dots are racist, misogynist, xenophobic white supremacists. The media splatters it all over the place and a handful of famous people who have been photographed at some time in the last 30 years wearing said socks are ostracized and their careers successfully ruined (a deliberately outlandish example…or is it?) With real horrors happening around the world, like human trafficking, mass murder, and rampant drug abuse, we find that the concept of “newsworthy” has been brought down to an inexplicably low level, while the use of the media as a tool to destroy reputations, overnight, is at an all-time high.

Sharyl Attkisson’s book, The Smear, gives you the exact anatomy of this. A smear starts with a morally corrupt individual or group and vengeance or fear, it continues with money and it ends with lies and/or negative impressions, believed by the public. She says, “In simple terms, it’s an effort to manipulate opinion by promulgating an overblown, scandalous and damaging narrative. The goal is often to destroy ideas by ruining the people who are most effective at communicating them.” Sharyl, a journalist herself, gives the Who’s Who behind smear campaigns and believe me, it’s an EMPIRE.

Through this book, one comes to realize that mainstream news is simply what someone has paid to get placed in front of you.

You could live your life rescuing stranded puppies, helping crippled children learn to walk, using your body as a bridge so that refugee lamas can safely cross over a lava flow, and spend 30 years breeding 500 different endangered species so they are abundant once again. But the current scene in the United States of America is this: if someone wants to pay to smear you, there’s someone there to take the money and do it, and the media is salivating for it like a rabid freak on a leash. And, though it hurts me to say it, many enemy-hungry public are searching for it—even craving it—and believing it without inspection.

Sharyl proves, with real life examples, down to the tiniest detail (who said it, who paid them to say it, how much they were paid, etc.), that when you get in the crosshairs of someone who has money, there is very little standing in the way of you and a smear campaign. Through this book, one comes to realize that mainstream news is simply what someone has paid to get placed in front of you. (Sounds a lot like advertising, doesn’t it?)

She doesn’t mention religion, but her book confirmed what I’ve known for many years about the media being paid to smear my religion, Scientology, and its members.

Which begs the question: who would accept money to attack a group that helps people? Who would provide a platform for publicly smearing productive and constructive individuals? Who would destroy the reputation of someone for peacefully practicing their faith? Well, just as a hit man will kill for money, there are PR firms that will smear for the almighty dollar. Having no dirt they can dig up is not a show-stopper. They can and do make up pure lies with very little consequence.

There are people with power that do not want my religion to do well. These degraded individuals drop coins in a smear machine and watch it spit out lies, day in and day out.

Scientology programs and the help they provide fly in the teeth of so many vested interests. It certainly follows that we’ve got certain individuals running scared.

Scientologists will carry through, in spite of anything. We always have and always will. The usefulness, workability and help brought by our religion are what drive us.

With trust in the media at an all-time low, I believe it’s only so long before this propaganda game blows itself to bits. Let’s supplant it with news programs with accountability and journalists that are not willing to compromise their integrity just to make a buck.

KEYWORDS
BIASED MEDIA MEDIA ETHICS SMEAR
AUTHOR
Melissa Butz
Scientologist, bookkeeper, lover of family, friends and the outdoors
THE STAND BLOG
HATE WATCH
Why Political Operative Ace Smith Is the True Loser in the L.A. Mayoral Race
HATE WATCH
Why the People of Los Angeles Are Disgusted by Ace Smith
HATE WATCH
Rick Caruso Campaign Manager Ace Smith Blocks Scientologists Speaking Out Against His Bigotry
FEATURED ARTICLES
RELIGIOUS FREEDOM
Why God Is Love and We Should Love All People of All Faiths
By Melissa Butz
TOLERANCE
Faith Communities Come Together to Pay Tribute to Queen Elizabeth II
By Melissa Butz 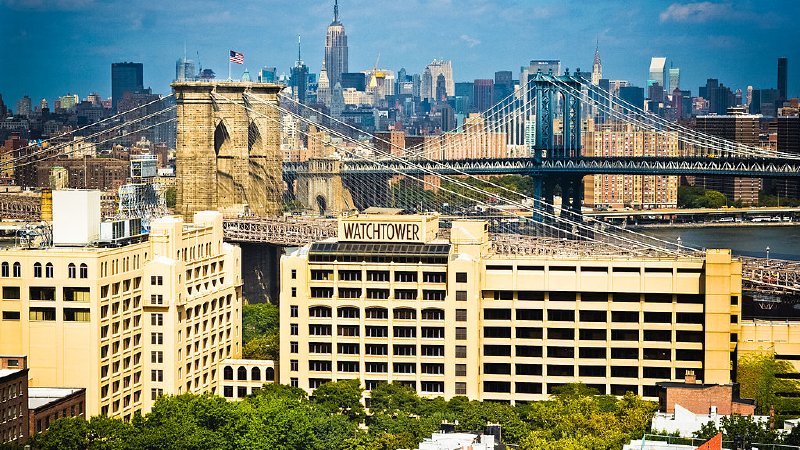