It’s an anniversary today, but not a happy one.

It’s the anniversary of an event that makes my blood run cold whenever I think about it.

You see, seven years ago, on the evening of December 14, 2015, 31-year-old Erin McMurtry decided to gun the accelerator and drive her car through the front doors of a church in Austin, Texas.

The church that Erin McMurtry crashed her four-door sedan through on December 14, narrowly missing two people and sending two couches flying through the plate-glass walls of the church’s nursery.

The church nursery of the Church of Scientology of Texas.

Fortunately, God was looking out for us that day. The nursery was empty, and the car plowing through the lobby destroyed only plate-glass windows, plaster walls and children’s toys.

Remini convinced McMurtry that men, women, children and babies were evil and deserving of a violent and disturbing death—simply because of their religion.

McMurtry didn’t know that the nursery was empty. In fact, when she drove in, she was probably hoping that her actions would result in screams and blood, torn bodies and mangled children. She wanted to hurt them. To hurt us.

Because Leah Remini convinced her that Scientologists deserve nothing but hate and destruction.

Remini, you may recall, is a woman who was expelled from the Church for unethical conduct in 2013. Her acting career having spiraled into oblivion, Remini decided to utilize her connections to spread propaganda and lies about her former religion.

McMurtry became obsessed with the hate Remini was spewing and, just before her rampage, described Remini in a Facebook posting as “a true inspiration.”

She was inspired to violence by Leah Remini.

By piling one large lie on top of another, Remini convinced McMurtry that men, women, children and babies were evil and deserving of a violent and disturbing death—simply because of their religion. Because they were Scientologists.

I’m thankful that no one was physically hurt on that December 14. But this unprovoked and hate-induced act of violence serves as a sobering reminder that bigotry and propaganda directed at a religious group can have serious and frightening consequences.

What about others who are teetering on the edge of insanity?

Unfortunately, Leah Remini’s venomous outbursts have not been deterred by the acts of violence she has inspired. She has continued to spread lie after lie about her former religion, to every media outlet that will give her a moment’s time or tiny platform, no doubt hoping to generate still more violent hate crimes against my Church.

The Church where she teaches Sunday school, and the Church nursery where my 2-year-old-grandson likes to play with toy trucks.

McMurty was arrested, charged and convicted. Hopefully she has come to realize that Scientologists mean no harm to her or to anyone.

But what about others who are teetering on the edge of insanity? Do we really want the Leah Reminis of the world to “inspire” them to commit violent acts against innocents because of their religious beliefs?

Can you imagine anyone else directing such pure hatred and bigotry at a religion without consequence? Remini is used as a source in dozens of articles about my religion. She appears on TV. Her hate is enabled by those who ignore it.

On this December 14, like so many others before it, I am praying for peace. For understanding. For the voices of hatred to become voices of love. For her and bigots like her to find that small voice inside that still appeals to their humanity, and helps them end their unhappy mission of hate.

And to all the rest: peace, love and joy this holiday season.

KEYWORDS
LEAH REMINI HATE SPEECH ERIN MCMURTRY HOUSE OF WORSHIP VIOLENCE HATE CRIME
AUTHOR
Laurie Bartilson
Always in search of wisdom and truth. I think for myself, and advise you to do the same.
THE STAND BLOG
HATE WATCH
Game Show Network: Bigotry Is No Game
HATE WATCH
Why Political Operative Ace Smith Is the True Loser in the L.A. Mayoral Race
HATE WATCH
Why the People of Los Angeles Are Disgusted by Ace Smith
FEATURED ARTICLES
RELIGIOUS FREEDOM
Why God Is Love and We Should Love All People of All Faiths
By Laurie Bartilson
TOLERANCE
Faith Communities Come Together to Pay Tribute to Queen Elizabeth II
By Laurie Bartilson 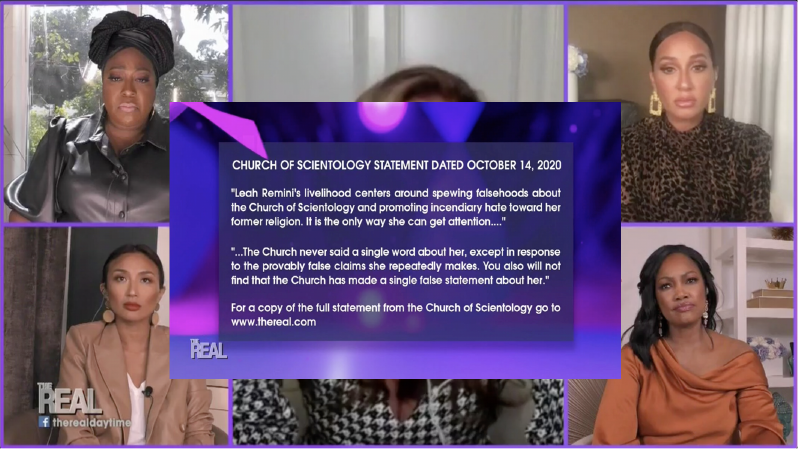