L. Ron Hubbard spoke these words in the waning days of 1960.

Earlier that year, police in Sharpeville, South Africa had fired into a crowd of thousands demonstrating peacefully against repressive racist laws. They killed or wounded some 250.

That day, March 21, is celebrated each year as the International Day for the Elimination of Racial Discrimination. It is also a powerful reminder of how apartheid may have long since disappeared, but that doesn’t mean we can just “move on.”

The answer is to champion freedom, something that is never easy. If you make the decision to speak up for freedom, expect harm—at the very least, to your reputation.

The reason is that bigotry and racism are often deeply embedded in the structure of a society.

For example, few Southern white people in the first half of the 20th century thought twice about “colored” bathrooms. It was part of daily life. And to speak up in Germany about persecution of the Jews in the 1920s, long before the Holocaust, was to risk career destruction or much worse.

The answer is to champion freedom, something that is never easy.

Churches have the same problem. Brave voices from within South Africa’s Dutch Reform Church began to emerge just one year after the Sharpeville Massacre, as a New York Times article later related: “The churches began to emerge as a political force at an ecumenical conference, known as the Cottesloe Consultations, in 1961, when some of the traditional church laws of the Afrikaners that had been used to justify the policy of racial separation were challenged.”

It was courageous people of faith who spoke up against apartheid, often defying their ecclesiastical leadership to take a stand.

As just one example, the Rev. Beyers Naude, once a senior figure in established Afrikaner churches, was vilified for having “betrayed” the establishment that he had once helped lead: “In his farewell sermon to his white congregation in 1963, Dr. Naude cited Acts 5:29, saying, ‘We must obey God rather than men,’ to explain his departure from the traditions of his church and people.”

Dr. Naude was not alone. At the same time, the Roman Catholic Bishops Conference angered authorities by condemning the bloodshed that had claimed 170 lives.

And Bishop Desmond Tutu, Johannesburg’s first black Anglican bishop, emerged as a major international figure as opposition to apartheid grew to its final climax, with his help.

Today we think of apartheid’s end in 1994 as inevitable. But it took the concerted efforts and sacrifice of many for 50 years, both inside and outside South Africa.

Churches played an enormous role, because they held the moral high ground, and individuals within them used that ground to help end a hateful political philosophy.

Why churches? Because spirituality is inherently about freedom. Religions, at their essence, are interested in how to set people free. Their focus is on cleansing, healing and freeing the spirit, and no honest and free person can look at persecution and claim it’s not their business.

Churches played an enormous role, because they held the moral high ground.

And so, persons of integrity in South Africa spoke up, often at the cost of their freedom and their lives.

Reverend Martin Luther King, Jr., whose spiritual message resounded with freedom, did much the same in his time and place.

Our own Dr. Mary Shuttleworth, a Scientologist and humanitarian, born and raised in apartheid South Africa, “witnessed firsthand the devastating effects of discrimination and the lack of basic human rights.”

She decided to tackle the problem with education, in 2001 founding Youth for Human Rights International, which teaches human rights both in the classroom and in nontraditional settings.

That’s advocacy for freedom. Know your rights, and you can defend them. Because we must not forget the price of freedom: “constant and continual alertness.”

When any religion fights for freedom, it fights for us all. And that may be the most valuable contribution that religion makes to our collective futures. 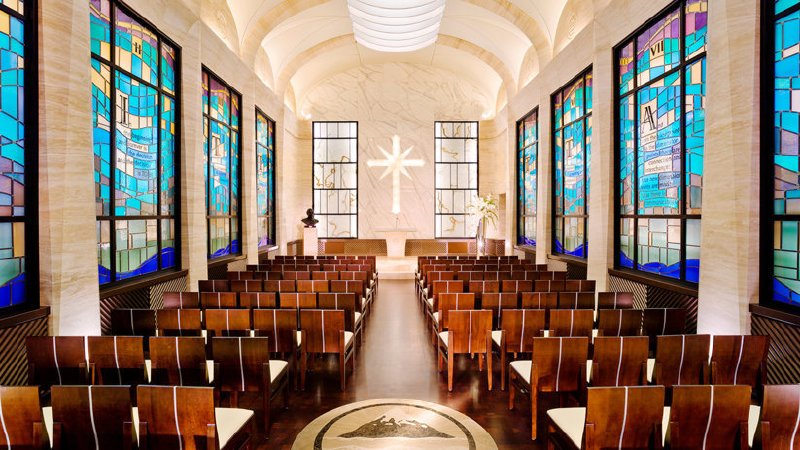