New York Magazine writer and social critic Kerry Howley wove a mention of my religion, Scientology, into a larger analogy in which she was trying to make a point.

The actual point, however, is that demeaning a minority religion and its members is wrong—100 percent wrong. Doubtless, Ms. Howley didn’t even take an extra moment’s thought to consider that there are actually Scientologists in the world—many of them, in fact. And that these Scientologists are human beings with jobs, struggles, triumphs, and above all, feelings. Some of them even read New York. Does Ms. Howley know any Scientologists? Possibly. Possibly she’s come in contact with one or many in her daily life. They are, after all, around.

The actual point, however, is that demeaning a minority religion and its members is wrong—100 percent wrong.

But Ms. Howley was coming down the home stretch of her article, barely a column inch or three to go and she would be done! What if, with the end in sight (and it is a rather lengthy article) eager to pry herself from her laptop and stretch out on the sofa with a soothing celebratory drink, she typed the word “Jews” instead of “Scientologists?” Or in an anticipatory haze she succumbed to “Muslims” or “Sikhs” or something else, and submitted the result to her editors—what then?

Bigotry has its own styles and modes, just as in the world of fashion. In Nazi Germany hatred and ridicule of Jews was in vogue, just as it is still in our own white supremacist class. In 19th-century America, acceptable targets of hate included Catholics, imports from Ireland, Italians and others.

It’s always the same. Find a marginalized minority and crack jokes about it, then find danger in it, and after that: the sky’s the limit. Yesterday’s scapegoats are today’s protected communities. Walk down many streets in formerly Nazi-occupied Europe and you’ll discover commemorative plaques—tens of thousands—memorializing those who perished in the Holocaust.

We demand she—and every other bigot with a platform—actually do it.

Norm Shannon
Norm loves writing and helping people through the wisdom of Scientology. He recently moved to Florida where he was delighted to learn they have air conditioning.
THE STAND BLOG
COMBATING BIGOTRY & HATE
Shoulder to Shoulder Panel Shows Us Why People of All Faiths Must Confront Islamophobia
SCIENTOLOGY RELIGION
Scientology Made Me a Better Dad—But You Wouldn’t Know It If You Believed the Bigots
EQUALITY & HUMAN RIGHTS
Juneteenth: Why the Struggle Is Always for Freedom
FEATURED ARTICLES
RELIGIOUS FREEDOM
The Founders’ Creator—Islam, the First Amendment and Religious Freedom
By Imam Talib M. Shareef
RELIGIOUS FREEDOM
Why My Religious Rights Are Being Threatened in Los Angeles County Superior Court
By Bishop L. J. Guillory
RELIGIOUS FREEDOM
Why All People of Faith Must Cherish and Protect the First Amendment
By Soraya Deen
RELATED ARTICLES
| MEDIA & ETHICS
Andy Marlette Proves Bigotry Still Has a Platform, Even in 2020 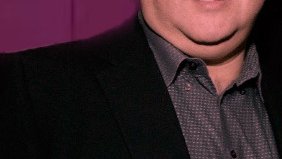