Miscast as a Cult Member

One would think, in this new epoch of hyper-sensitivity, that casual slurs about a stranger’s religion would be “so last century.”

I’m an actor, and a big part of my life is auditioning for casting directors in the L.A. area. Not too long ago I went into a well-known casting office to read for a role in a TV show. As with any audition, I research, prepare and rehearse the material and arrive on time, ready to adapt if the casting director wants me to change what I’m doing with the character.

This particular role was for a series that hasn’t aired yet, and I was uncertain about the tone of the show, so I asked a few questions about the story line. To one of them, the casting director described the scene in question with, “It’s a cult, you know, like Scientology.”

Now, I had studied the pages and, as a Scientologist, drew no comparison at all to my religion, as nothing in the scene—which was a kind of bizarre interrogation—compared in the slightest to what I have ever experienced in Scientology.

Yet for this person, it was an apt comparison.

The longer I thought about it, the more flabbergasted I was that it had happened at all.

What I couldn’t quite process was, even if she was silly enough to think it was true, that a casting person in Los Angeles, of all places (the largest concentration of Scientologists in the world), would use “Scientology” as a unfavorable descriptor in a community and profession that contains such an abundance of its members.

It’s like walking into a New York deli and saying, “I hope you don’t serve any of that weird Jewish food here.”

“Wow!” I replied to the casting person, “Well, I’ve been a Scientologist for 35 years and I’ve never seen anything like this,” and added “You know, you’ll probably have other Scientologists reading for you, so you might want to come up with a different example!”

I said it as pleasantly as I could, since I obviously had caught her by surprise, and I felt she wasn’t trying to be intentionally insulting.

Not wanting to make the moment more awkward than it already was, I didn’t say any more about it, did the audition to the best of my ability, thanked the casting person and left the office.

But the longer I thought about it, the more flabbergasted I was that it had happened at all.

In this era of super-consciousness about the feelings and beliefs of others and with people taking pains not to sound politically or socially incorrect, it’s adventurous for someone to feel that secure in disparaging an entire religious group to a stranger.

If one substitutes another religion in place of “Scientology” in that disparaging comment, one gets an even clearer picture of how offensive that statement might be.

Of course the epithet “cult” has been used for years to denigrate new or strange religions or groups of any kind, to infer that they are secretive and weird, with destructive intentions.

(When I hear “cult,” I always picture a guy with a bald head in a robe, intoning something in a strange tongue over a bubbling cauldron, a lovely female suspended dangerously above it. What picture does it give you?)

“Cult” may be a nasty word today but when you go back to its humble origins, you see it was once actually quite a favorable word, meaning “to promote, to grow, to cultivate.”

I don’t think that was the meaning my friend the casting person was trying to convey. I think she meant something more along the lines of that bald guy with the cauldron.

Had I been a little more on the ball that morning, I would have mentioned that if one has any curiosity about Scientology, but is too shy to actually walk in and talk to one of us, one can always check out the Scientology TV Network (online at scientology.tv) and watch some of the shows. That’s the fastest way to get familiar with what’s actually going on in our churches and organizations.

The label “cult” becomes even more inappropriate in describing Scientology once one has seen how dedicated we are to explaining our practices and beliefs, showing the insides and outsides of our churches and organizations, sharing what we stand for, and demonstrating how we contribute to a peaceful world.

Part of how I contribute to the world is through my acting, and Scientology, in providing me with a workable philosophy about humanity and behavior, not to mention professionalism and good manners, has contributed to my successful 35-year career.

Part of the nondenominational moral code that most Scientologists live by, The Way to Happiness, contains the precept, “Respect the Religious Beliefs of Others.”

I’ve added that to my own personal “best practices,” and I hope that casting director will one day do the same… if only to avoid such future awkward moments. 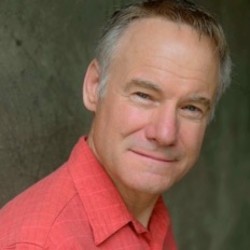 Jim Meskimen
Jim Meskimen is an actor, director, impressionist and YouTube personality. He comes from a show-business family; his mom is actress Marion Ross, who portrayed “Mrs. C” on Happy Days. He lives in Los Angeles with his wife Tamra and daughter Taylor who are also actresses and voice artists.
THE STAND BLOG
HATE WATCH
Why Political Operative Ace Smith Is the True Loser in the L.A. Mayoral Race
HATE WATCH
Why the People of Los Angeles Are Disgusted by Ace Smith
HATE WATCH
Rick Caruso Campaign Manager Ace Smith Blocks Scientologists Speaking Out Against His Bigotry
FEATURED ARTICLES
RELIGIOUS FREEDOM
Why God Is Love and We Should Love All People of All Faiths
By Daniel Bradley
RELIGIOUS FREEDOM
London Summit Calls For Joint Action to Restore Religious Freedom
By Qamar Rafiq
RELIGIOUS FREEDOM
The Founders’ Creator—Islam, the First Amendment and Religious Freedom
By Imam Talib M. Shareef
RELATED ARTICLES
BLOG | MEDIA & ETHICS
America’s Most Dangerous Cult 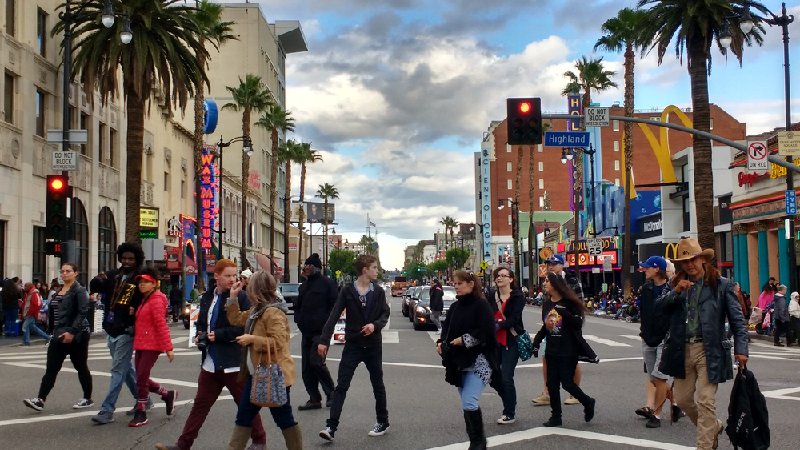 BLOG | COMBATING BIGOTRY & HATE
You’re Not as Tolerant and Inclusive as You Think, and Here’s Why
BLOG | TOLERANCE
Why Tolerance Is Not Enough. #respectfaith