This goes in the “Bum Rap” file.

Hamas, ISIS, and others take credit for violent atrocities on a regular basis, using Islam as a justification. Look them up.

The KKK and other white supremacist groups proudly proclaim their racism, using traditional Christian morality as a justification. Look them up.

If the deeds, claims and religious justifications of these and other similar groups were all you knew, you would almost certainly take a dim—or at least skeptical—view of Muslims and Christians.

There is a natural tendency in people to make broad generalizations based on incomplete data. Logicians give this tendency a name: The Association Fallacy. Diagrammed, it looks like this:

A is a letter.

B is a letter.

Therefore, A is the same as B.

That is the logical fallacy.

The fact that they are both letters does not mean that A and B are the same. That a terrorist claims religious affiliation does not mean he’s typical of that religion.

The Association Fallacy is a trap. It’s easy to fall into. Individuals and groups with axes to grind use it to establish guilt by association—to condemn an entire group for the misdeeds of a few.

But that’s just the beginning of the logical disconnect.

Members of Hamas, ISIS, the KKK and other similar groups profess—loudly and with great frequency—that they are not only strong adherents of their respective religions, but that they are the only true keepers of the faith.

Really? Didn’t Muhammad say, “The best among you is the one who doesn’t harm others with his tongue and hands.” And didn’t Jesus say, “Let the one among you who is without sin be the first to cast a stone.” I believe that both of these prophets would be appalled to be identified as the inspiration of virulent hate and murder.

The idea that such a person could be considered to be typical of the religion he espouses is sadly ludicrous. Yet it happens every day.

The prophets wanted their followers to believe in God and follow His Word. It’s true that some adherents to these religions do better than others in following their scriptures; they range from virtuous to considerably-less-than-perfect, but the vast majority fall short of putting a scarlet mark on their creed.

Even so, there are those sanctimonious few who stand on the top of the mountain claiming that only they, the truest of true believers, have the right to say what God really wants and are willing to defame and kill in His name to prove it—never once realizing that the name of the peak on which they stand is Mt. Hypocrisy, the pinnacle of the Blasphemy Range.

The word, “jerk” may at first appear too banal. I originally chose it because the word I originally thought of would be patently offensive to some. Then I looked it up and discovered some compelling things in the definitions given in several well-respected dictionaries: the concept of a contemptibly naïve, fatuous, foolish, or inconsequential person—or simply a contemptible person was the common thread. Wanting to be absolutely sure of “fatuous,” I looked it up as well and found that the concept of complacent ignorance and stupidity ran through the same dictionaries.

So, in a jerk we have a contemptible person who is complacent in his ignorance and stupidity. The word is perfect. Besides, there is a fitting lack of dignity in the word and the last thing I want to do is dignify these people.

The very nature of a jerk prevents a jerk from ever being anything but a jerk, seeing as they’re so complacent in their ignorance. Thus, a jerk would never get the true essence of a religious teaching if you fed it to him from a silver spoon, mixed with baby food.

The idea that such a person could be considered to be typical of the religion he espouses is sadly ludicrous. Yet it happens every day. Human beings tend to jump to conclusions and wrongly identify things. People with agendas take advantage of this unfortunate human trait every day. They do it for one reason only: to manipulate people into agreeing with their agendas, which all too often call for religious and cultural discrimination. So let’s not fall for it. It hurts good people.

Being a jerk is an equal-opportunity condition, and unfortunately every religion—or any other kind of group you could name—has a few jerks that claim to be members. But no true member of any religion would ever want to be wrongly identified with such despicable people. Such a misidentification is a lie. It’s guilt by association.

No true member of any religion is guilty of belonging to that religion—no matter if he’s a Muslim, Christian, Jew, Buddhist, Hindu or Scientologist. The sincere practice of one’s faith according to its actual tenets is never a sin. 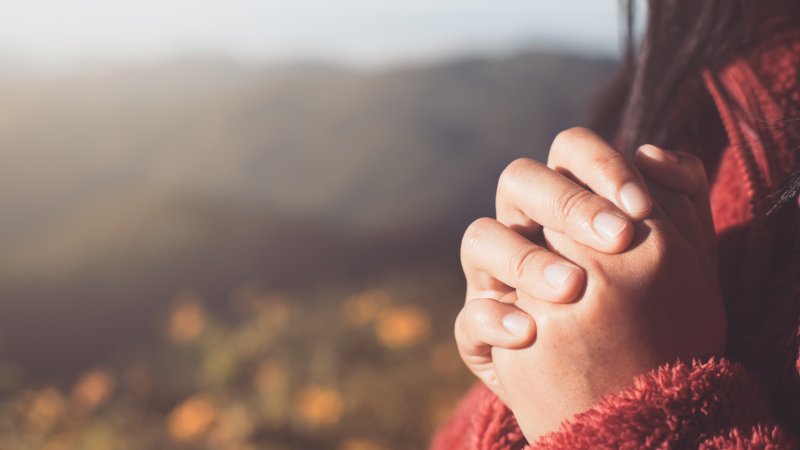