A Tribute to Kayla Mueller

On August 3, 2013, Kayla Mueller was kidnapped by ISIS fighters outside of a hospital in Northern Syria. She had traveled from her home in Prescott, Arizona to help Syrians displaced by that country’s civil war. Although only 26, she had already spent several years manifesting her Christian faith by distributing food to those in need and helping Palestinian, Tibetan and African refugees made homeless by a seemingly endless series of wars and conflicts.

For 18 months, ISIS held her as a sex slave, raping and torturing her repeatedly. They claimed she had recanted her Christian faith; she denied it. Some of her fellow captives, who later escaped, told of her kindness to them, and how, after her “visits” with her captors, she would crawl under her covers and cry herself to sleep.

In February 2015, Kayla Mueller died. ISIS claimed that she was collateral damage of an American airstrike. Her body has never been found.

I was deeply moved by the story of this young woman, a woman whose only “crime” was to manifest her Christian charity for those in need. I could just imagine her, alone somewhere in the Middle East, crying and praying in vain, under her blanket, for refuge from her tormenters.

“…if you were looking for hell and found Earth, it would certainly serve.” Our founder wrote these words 50 years before Kayla died, but he could have written them about her, or any of the other martyrs who have died trying to civilize this planet. Her name can be added to a very long, diverse and honorable scroll: Socrates; Abraham Lincoln; Steve Biko; Jan Hus; Óscar Romero; James Chaney, Andrew Goodman, and Michael Schwerner, among many others.

We are too late for Kayla. But somewhere, undoubtedly, there is a child envisioning a better world and determined to do something about it.

To her captors, she was not a person. She was a woman to be loathed; a Christian to be hated; an enemy, to be feared. She was a thing, an infidel, the Great Satan. She was a symbol, and symbols don’t have feelings, families or friends. They only have whatever meaning you assign to them. That is the problem with symbols.

I am a man, raised in a broken family. I work. I write and play music. I’ve lost my son to Afghanistan. I love my wife and daughter. In short, I’m a human being. But to deprogrammers and “anti-cultists” like Steven Hassan and Rick Ross, I’m not. In their eyes, I’m just another symbol, and symbols are so easily abused. Just ask the German Jews.

“Civilization” implies that we no longer look upon each other as symbols, but as the people we are, each with a birthright to our own individuality.

Many people and groups are fighting to bring a higher level of civilization to this planet. Scientologists are among them. The proof is in the displays and exhibits located in the lobbies of our Churches, available to anyone who wishes to look. But ignorance and animus are insidious enemies.

It is a fight worth fighting.

We are too late for Kayla. But somewhere, undoubtedly, there is a child envisioning a better world and determined to do something about it. Maybe that child is a Christian. Maybe she is a Muslim. Maybe she is a Scientologist.

And maybe, if we are unrelenting now, that child can grow up to realize her dream.

That would be a fitting tribute to Kayla Mueller. 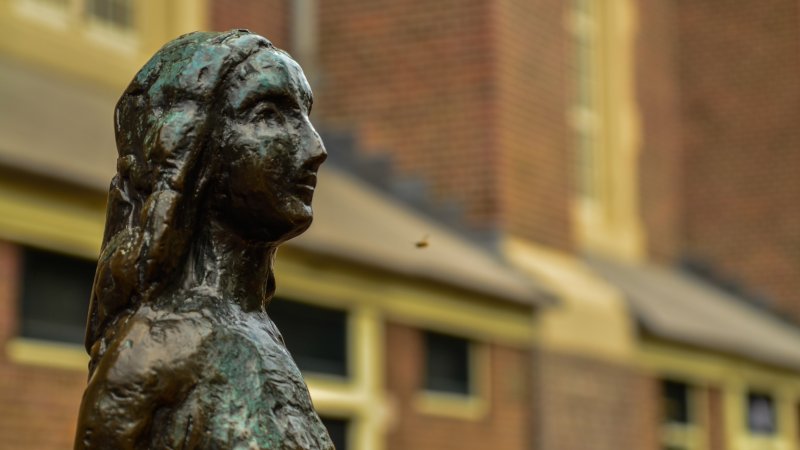