Fashion and Bigotry Clash in Article by Vogue’s Hamish Bowles

Fashion journalist Hamish Bowles and I were both born in the capital city of the beautiful Albion and have since set down our suitcases across the pond to indulge in the eclectic wonders of the New World. For my part, I had a 22-year stopover in the world’s capital of fashion, the beautiful “Gay Paris,” of which I have the fondest of memories. Besides that, we both obviously enjoy writing and are good at it. And we relish a certain Epicureanism in our everyday lives.

But our similarities apparently end there. While I enjoyed the first half of his skillfully articulated Vogue piece on the now famed Oprah interview, Bowles’ sudden, gratuitous suggestion that Prince Harry and Meghan Markle were victimized “escapees” from something like my religion, Scientology, which he slurred—well it clashed horribly.

What makes it okay to spread hate against a religion in the middle of a disrelated article, “for effect”?

I’ll tell you what makes it “okay”: the exact same brand of ignorance and bigotry that made it “okay” for the Fuhrer and his Nazi army to round up and slaughter 12 million Jews, homosexuals, Blacks and gypsies, among others.

Has Bowles ever stopped to look at the truth of what Scientology actually is? Has he ever set foot in one of our churches or even clicked on a link to the Scientology Network to see for himself what makes up this global religion’s fabric before deeming it acceptable to smear every one of its members?

What makes it okay to spread hate against a religion in the middle of a disrelated article, “for effect”?

Blind bigotry is a dangerous disease that creeps insidiously into people’s minds and into the “common think.” It can start off as kind of funny or even fashionable. Then it worms its way into psyches and evolves into harmful, dangerous untruths. Bowles rightfully expresses outrage about the British tabloids and yet his “Scientology squib” was right out of their MO.

Many of us remember the hysteria in the 80s and 90s that stopped people from sharing drinking glasses with gays for fear of contracting AIDS. It alienated these members of our society. Fortunately, such inane falsehoods have since been dispelled. But it takes a lot to prove bigotry wrong once it’s gained a foothold in popular culture.

So, rather than ask Bowles, with all due respect, to “stick to the frocks” when penning future articles, I’d prefer to appeal to his intelligence and sensitivity by requesting he think twice before throwing my religion, or any religion, to the dogs—especially if he’d like to avoid being relegated to the “outlet section” of modern society’s increasingly woke market. 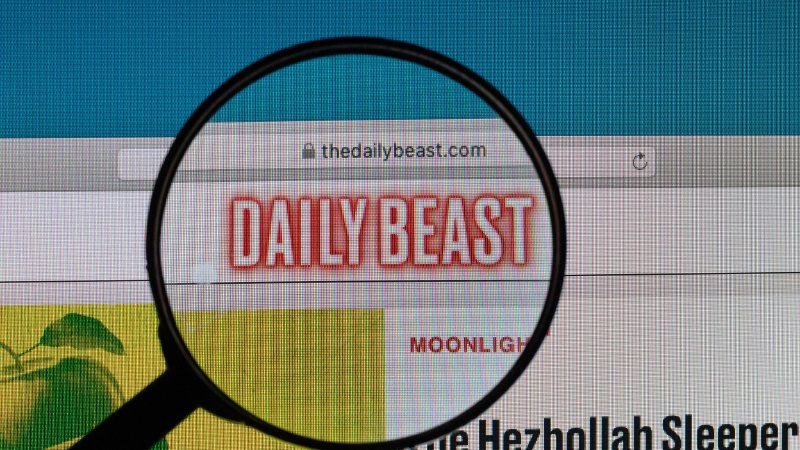