Why STAND Is Covering Jonestown Today

“On 18 November 1978, more than 900 Americans died in the small South American country of Guyana…. The news media quickly tried to tell the story of the group despite an insurmountable obstacle: the people about whom they were writing were all dead.”

With those words in Understanding Jonestown and Peoples Temple, Dr. Rebecca Moore, professor emeritus of religious studies at San Diego State University, pointed to a central problem yet to be resolved despite 40 years of media reports, anecdotal accounts, books and “documentaries” about Jonestown.

Dr. Moore and her husband, Fielding McGehee, have been instrumental in keeping discussion alive in a continuing search for truth and closure on the subject.

For four decades, a certain scenario has been presented to the public about what occurred. What if that scenario—asserting that hundreds of people willingly and even eagerly lined up to drink poison—was in error? What if the great majority of Jonestown residents did not die willingly but were in fact murdered? What if, as some evidence suggests, an outside force was involved?

Thus far, articles published by STAND have presented information from credible sources that demonstrate the “accepted” scenario to be incomplete at best and, in many aspects, utterly false. And since the series began, additional sources have shared vital information with STAND to further challenge the narrative of mass suicide.

While numerous questions have been raised that cry out for answers, why would STAND be interested in a subject from 40 years ago, when most of today’s Americans had not even been born?

“For four decades, this tragedy has evoked mystery and fear in the minds of many on the subject of religions, casting an ominous shadow on the very subject,” said Edward Parkin, International Director of STAND.

Another November will soon be upon us. With it will come the same predictable narrative, repeated like beats of a mindless drum by media outlets almost too numerous to count: the residents of Jonestown committed communal suicide by drinking a toxic fruit-flavored concoction when their leader, Jim Jones, instructed them to do so.

That’s what the public was told even before Guyana’s chief medical examiner, Dr. C. Leslie Mootoo—the only qualified medical authority to inspect the bodies on site before they began to decompose under harsh tropical conditions—stated that the bodies he examined had been murdered.

Did an entire community in fact “drink the Kool-Aid”?

Before one continues to accept that scenario, certain statements by independent witnesses that contradict it, as outlined in previous STAND postings, should be considered.

How else can one explain the words of Dr. Mootoo, who reported that bodies he examined on the site had died from injections of cyanide in areas of the anatomy that would rule out suicide, such as between the shoulder blades?

How else to explain the words of Tim Carter, who returned to Jonestown on November 20 to identify bodies of friends and family: “I assert that the vast majority of those who died in Jonestown that day were murdered. … This is a historical fact that no documentary or film has yet chosen to discuss or even portray. In every interview I’ve ever given, I’ve spoken about the bodies that I personally saw with abscesses. And yet, that fact is never reported.”

Would you care if a friend or relative was murdered and then, compounding the crime, media outlets subsequently demeaned him or her as a “suicide”?

How else to explain the account of U.S. Army veteran Charles Huff, who claimed his team—on site shortly after the tragedy—found evidence that more than 30 Jonestown residents had been shot in the back with bullets or crossbow arrows while running away from Jonestown, toward the jungle? (Huff, moreover, provided confirmation of what Dr. Mootoo had reported: adults who had not been shot had been injected between the shoulder blades.)

How else to explain the testimony of Stanley Clayton before a Guyanese coroner’s jury that he had listened to an utterly silent Jonestown from the safety of the jungle for some 30 to 45 minutes when, suddenly, a chorus of cheers arose from “a lot of people.” (See: “Three Cheers After the Tragedy from “A Lot of People”—Who Were They).

“Murder is the ultimate violation of a person’s human rights,” said Edward Parkin. “When evidence points to murder, complete investigation is not just warranted. It is mandated.”

And so, as November 18 approaches, why should people care about Jonestown?

Would you care if a friend or relative was murdered and then, compounding the crime, media outlets subsequently demeaned him or her as a “suicide”?

Multiply that number by the hundreds of men, women and children who perished at Jonestown, leaving behind countless grieving family members and friends—and a myriad of unanswered questions.

See other articles in this series:

Part One: Who Silenced Joe Holsinger?

Part Two: Three Cheers After the Tragedy From “A Lot of People”—Who Were They?

If you have information relevant to this release, STAND wants to hear from you. Email us at STANDLeague.org or send hard copy information to STAND, 1626 N. Wilcox Avenue # 715, Los Angeles, CA 90028. Identities will be protected on request. 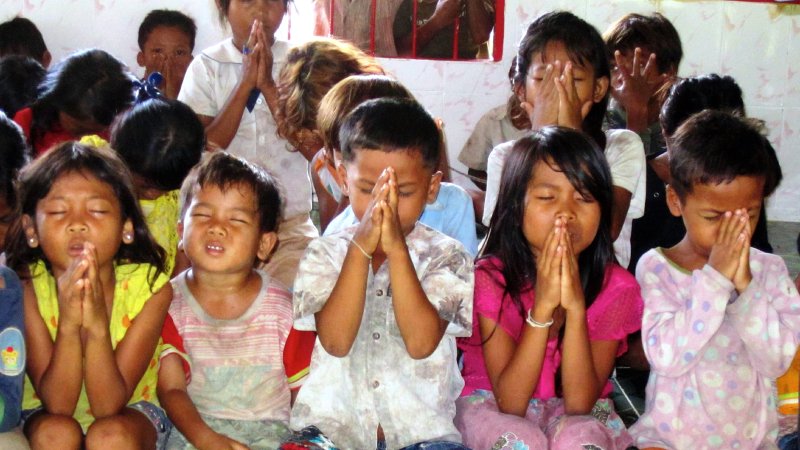