With All Its Problems, Can L.A. Afford a Contest Between Two Bigots For Mayor?

Politicians and diapers must be changed often, and for the same reason.

Four million people live within the city limits of Los Angeles, earning it, by sheer volume, the title of the second-largest city in the United States. Tens of thousands of those people—breathing the same air, battling the same traffic, coping with the same municipal blights and voting on the same issues—belong to a religion called Scientology.

This year’s mayoral election offers ample opportunity for intelligent discourse on the city’s many problems—homelessness, housing affordability, education, jobs and the economy, to name a few. Yet with an electorate greater than the combined populations of Wyoming, Alaska, Vermont and North and South Dakota, what issue do the candidates choose to focus on for their audience?

Who is the greater bigot.

In a duel of one-upmanship more worthy of another era, the opponents exchanged barbs as to which one was more frenzied about the Church of Scientology, a force for good on the Los Angeles scene predating either of the combatants, by a long shot. Any candidate for mayor passing themselves off as familiar with the local scene would know that during the pandemic Scientologists here and abroad have been at the forefront—educating communities on wellness, reaching into underserved neighborhoods with food and sanitization, showing people how to stay safe and healthy, and distributing hundreds of thousands of prevention booklets in Los Angeles alone.

Who’s next? The Muslims? The Jews?

Any public figure with a scintilla of empathy for his or her constituents would take the extra five minutes of research to discover that the Southern California chapter of the Scientology Volunteer Ministers was honored by the White House, along with other members of the Los Angeles County Interfaith Clergy Coalition, for its work to promote community safety in the face of emergencies.

Anyone who desires both the honor and responsibility of public trust represented by the Office of Mayor of Los Angeles would certainly have at least a teaspoon of curiosity as to who to count on for help. For many years Scientologists in Los Angeles have been active members of the Los Angeles disaster preparedness team.

Any public official serving Los Angeles—and both candidates have that on their résumés—with two eyes and a brain would know that, for decades, the Church of Scientology has partnered with local organizations to drive positive change in the L.A. community, addressing illiteracy, drug abuse and crime.

Do Ms. Bass and Mr. Caruso think so little of voters that they can cross the line of decency and spread hatred and lies about a massive group within their midst, and emerge unsullied?

Do they honestly believe that parroting long-since discredited canards about the Church of Scientology will raise their esteem among anyone other than their fellow bigots?

What an Election Day choice. Both candidates in a grimy pursuit of votes.

And are they genuinely competent—either of them—to lead an enormously diverse community, the second-largest city in the land, when, instead of attacking its enemies, they assail its friends?

The one candidate—devout in his own faith—violated its tenets by attacking members of a sister religion in an attempt to curry favor with a segment of the electorate he believes will register their mayoral choice based on hate and fear. As commissioner for the L.A. Department of Water and Power and, later, as president of the L.A. Board of Police Commissioners, he has been answerable to the citizens of Los Angeles—INCLUDING TENS OF THOUSANDS OF SCIENTOLOGISTS. He. Worked. For. Us.

The other candidate represented Los Angeles—INCLUDING TENS OF THOUSANDS OF SCIENTOLOGISTS—in Congress. She. Was. Our. Voice. Moreover, on learning of our good works, our humanitarian programs and our essential place in the city, she willingly and joyfully (we thought) honored us with her presence at the unveiling of our newly expanded Los Angeles Church. She has been shown the contributions Scientologists have made to her town. She knows who we are.

What an Election Day choice. Both candidates in a grimy pursuit of votes—without thought, doubt or evidence—renounce over 100,000 citizens in the City of Los Angeles who’ve never harmed them, and only for the crime of being alive in their town and belonging to a religion. Who’s next? The Muslims? The Jews? The Blacks? For me, having been a resident of Los Angeles long enough to remember a time before catalytic converters and Fernando Valenzuela, my Church has consistently been part of the solution, not the problem, and if anything, candidates for public office in this town should be clambering over one another for a shot at being in a photo op with them, rather than vying over who can spread hate the most.

Shame on you both.

Martin Landon
Martin Landon is happy to say that at present he is not doing anything he doesn’t love. Using Scientology, he helps people daily, both one-on-one through life coaching, and globally, through his webinars. He has also authored books, movies, plays, TV shows, and comic strips and currently writes for STAND, which gives him great joy.
THE STAND BLOG
HATE WATCH
Why Political Operative Ace Smith Is the True Loser in the L.A. Mayoral Race
HATE WATCH
Why the People of Los Angeles Are Disgusted by Ace Smith
HATE WATCH
Rick Caruso Campaign Manager Ace Smith Blocks Scientologists Speaking Out Against His Bigotry
FEATURED ARTICLES
RELIGIOUS FREEDOM
Why God Is Love and We Should Love All Faiths
By Daniel Bradley
RELIGIOUS FREEDOM
London Summit Calls For Joint Action to Restore Religious Freedom
By Qamar Rafiq
RELIGIOUS FREEDOM
The Founders’ Creator—Islam, the First Amendment and Religious Freedom
By Imam Talib M. Shareef
RELATED ARTICLES
| HATE WATCH
Caruso and Bass, You Call This Leadership? Shame on You Both. 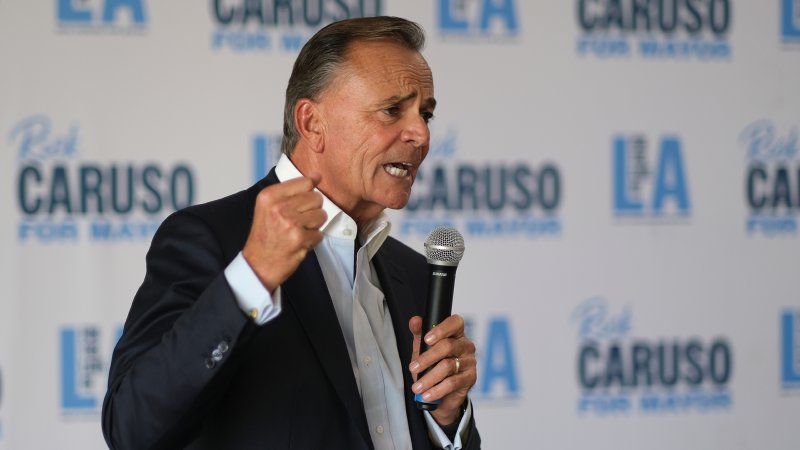