Why Is Scientology Treated “Unfairly?”

I was born in 1945. When I was growing up in Washington, D.C., discrimination against African Americans, Jews, Catholics, Mormons, Gays, Hispanics, Asians, Native Americans and Muslims was not the least bit unusual and was largely accepted. Southern politicians got elected based on who was the loudest and most viciously racist. If you heard a recording of one of their speeches you would think it was fictionalized. You could not play it on TV now.

But America (and the world) has a long brutal history of intolerance, prejudice and discrimination. New and minority religions, races and movements have almost always had it rough. It has taken hundreds of years for Jewish and African Americans to approach relative security and equal rights and it is not over yet. Times change, but often too slowly.

Scientology and Dianetics have been around since 1950—only 67 years. Considering that, we are doing quite well. The libel and slander we have suffered, although not pleasant, are far less than the atrocities perpetrated against many other minority groups. We keep growing and growing and becoming more understood and respected.

Because we bring peace and understanding we are not so popular with those who have other goals.

It is impossible to keep up with all the lies and gossip you hear or read about minority groups. I gave up a long time ago trying to answer all the rumors about us. It is not possible. People now can and do invent and spread lies at the speed of light. The majority of what I hear or read about Scientology is laughably false to anyone who knows even the basics of it. It is usually the exact opposite of what the religion actually is.

But what fuels the gossip about Scientology? To put it simply: money.

Most of the news media have been in financial trouble since the advent of online news. And have you noticed who pays for many of the ads? It is the psychiatric drug industry that is keeping a lot of hungry media alive and these media are smart enough not to bite the hand that feeds them.

Scientology technology is the most “disruptive” technology on earth today. Industries that will be and are being “disrupted” by Scientology include psychiatry, psychology, Big Pharma, drug addiction and the biggest industry of all: war. What is not always realized is that we are no threat to these industries. We practically give away our tools and indiscriminate help to anyone who will use them for good, and many do. We Scientologists can teach any fairly intelligent person how to relieve depression and anxiety with a few sessions in a weekend seminar. Not only that but he can get relief himself on the same weekend.

Many countries, NGOs, religious leaders, educators, mental health practitioners, judges, police officers, ministers and peacemakers, use our technology of the mind and spirit to help and as a result are much more effective with less time, effort and cost. Here is how Scientology helped bring peace to Colombia and Los Angeles. However, because we bring peace and understanding we are not so popular with those who have other goals.

Does this put things into focus? Cicero coined the phrase “cui bono?” a couple thousand years ago. It means: “for whose benefit?” Or, more bluntly and modernly, there’s the mandate from the movie “All The President’s Men” about Watergate: “follow the money.”

It seems all religions and minorities go through this test of fire as they find themselves butting up against the vested interests of their time. Some of them survive, many are never heard from again. Scientology continues not only to survive but flourish, care for millions and become ever more accepted and relied upon around the world. To the haters of Scientology I can only say: “Get used to it! It is only going to get worse. We will continue to get bigger and help even more.”

Eventually it will be considered as reprehensible to defame Scientology and Scientologists as it is now to defame Jews or African Americans in the US for being Jewish or Black. The haters will try to get you to forget they were ever bigots and perhaps find someone else not as tough as we are to try to bully.

But to the rest of the billions on earth, “Thank you for keeping hope alive. Thank you for helping to improve humanity. Help is on the way.”

KEYWORDS
ANTI-SEMITISM DIANETICS DISCRIMINATION RACISM SCIENTOLOGY
AUTHOR
Joe Hochman
THE STAND BLOG
HATE WATCH
Game Show Network: Bigotry Is No Game
HATE WATCH
Why Political Operative Ace Smith Is the True Loser in the L.A. Mayoral Race
HATE WATCH
Why the People of Los Angeles Are Disgusted by Ace Smith
FEATURED ARTICLES
RELIGIOUS FREEDOM
Why God Is Love and We Should Love All People of All Faiths
By Joe Hochman
TOLERANCE
Faith Communities Come Together to Pay Tribute to Queen Elizabeth II
By Joe Hochman 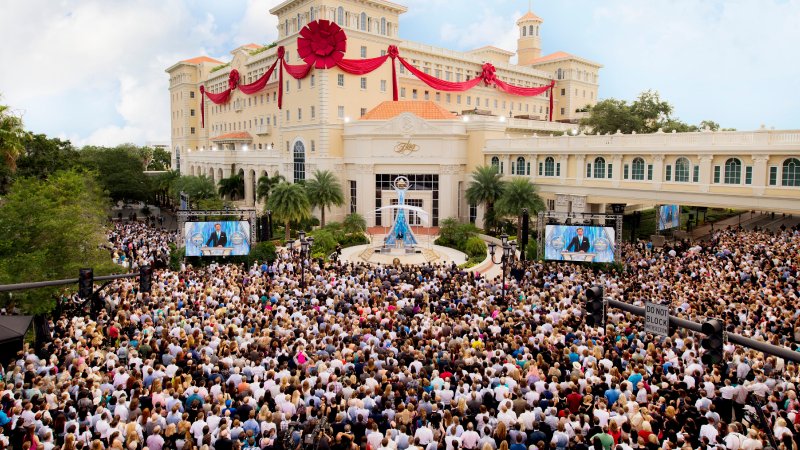 BLOG | COMBATING BIGOTRY & HATE
Why Can’t I Be A Scientologist?