Tolerance: Why You Should Acknowledge What You Don’t Know

It is these two classes which are not only inadvertently responsible for much of the silliness and stupidity which goes on in society but also much of the hate, bigotry, discrimination, pain and suffering. And unfortunately ALL of us have fallen into one or both categories at one time or another, in one form or another, on one subject or another.

The formula is simple, and once you’re aware of it, you can see its manifestation everywhere: Use and manipulate the public’s in-born need to be—or at least appear—“right.” And do this by giving the uninformed public only carefully selected information, leading them to a very specific, predetermined conclusion. Then convince them they now “know all about” it. In other words, the formula is: tell someone who knows nothing about something exactly what you want them to believe about it, and then convince them they know all about it.

Whichever way you want to phrase it, it adds up to a con job that you and I are assaulted with every day of our lives.

Some of those errors can be quite deadly.

Of course, if anyone questions the conclusion, all there is for the person to do is simply convince them that it’s too difficult and complicated for them to understand and that they should simply shut up and believe what they are told by self-proclaimed authorities on the subject.

This is how you wind up with a lot of people who are not only incapable of learning the truth about something, but who will also commit error after error in some area of life.

Some of those errors can be quite deadly.

In the public sector, these two points have been used over the centuries to manipulate opinion to bring about everything from the purchase of dish soap to the burning of witches at the stake. Of course the classic case of this occurs during each election cycle: half the country becomes convinced that the other half—with whom they live, work and have coffee every day—is part of some evil conspiracy out to destroy their entire existence. Even though this conviction simply never adds up and is just plain crazy, they are still somehow convinced that they know all about the other guy.

On an everyday level, one hears from individuals who’ve never operated a business that they know all about running an entire economy, thereby convincing others they are the “experts.” One hears men and women who’ve had nothing but failed relationships tell you they know all about the opposite sex. Grumpy, miserable individuals who know all about how to be happy. Art, movie and music critics who know all about these, yet couldn’t paint a doghouse, shoot a video on their cell phone, or bang on a trash can lid. And absurdities like these seem to stretch out one after another in an endless line towards the horizon.

One of the most laughable versions of this is the smug, self-satisfied, antireligious bigot who knows all about religion (religions are “all the same” you know) and who accept criminal gangs and drug cartels—and the addiction, rampant crime, full prisons and destroyed minds those create—yet scream about how happy, productive, law-abiding religious communities are all “cults” full of “brainwashed” followers.

It is one of life’s little ironies that those things which are the least rational are the most emotional. So, if you hear something about some person or group that makes no sense at all, just realize that it’s not supposed to make sense. That it’s supposed to confuse you, frighten you or anger you. It’s supposed to evoke an emotional, knee-jerk response—but not thought. Never thought. And when someone comes along claiming to know all about something and tells you something that makes no sense, then tries to convince you that you now know all about it, don’t fall for it. Be willing to admit that both you and he don’t know all about it.

From the accident-free driver, to the virus-free computer expert, to the doctor who walks unscathed through disease and death, it is only when you truly have all the information and completely understand something that you can be rational, unafraid, calm and in control.

Remember this when you hear broad emotional statements about some person or group—a religion, a race, a political party, or anything—statements that sound outrageous and make no sense.

Because the truth is, maybe you and I don’t know all about it. And the next time we think we do, let’s take a good, hard look instead.

Rodger Clark
Contractor, history buff, compulsive learner, currently in recovery from authoritarian education.
THE STAND BLOG
RELIGIOUS FREEDOM
Honoring Those Who Faced Death to Secure Our Religious Freedom, This UN Day Against Torture
COMBATING BIGOTRY & HATE
Shoulder to Shoulder Panel Shows Us Why People of All Faiths Must Confront Islamophobia
SCIENTOLOGY RELIGION
Scientology Made Me a Better Dad—But You Wouldn’t Know It If You Believed the Bigots
FEATURED ARTICLES
RELIGIOUS FREEDOM
The Founders’ Creator—Islam, the First Amendment and Religious Freedom
By Imam Talib M. Shareef
RELIGIOUS FREEDOM
Why My Religious Rights Are Being Threatened in Los Angeles County Superior Court
By Bishop L. J. Guillory
RELIGIOUS FREEDOM
Why All People of Faith Must Cherish and Protect the First Amendment
By Soraya Deen
RELATED ARTICLES 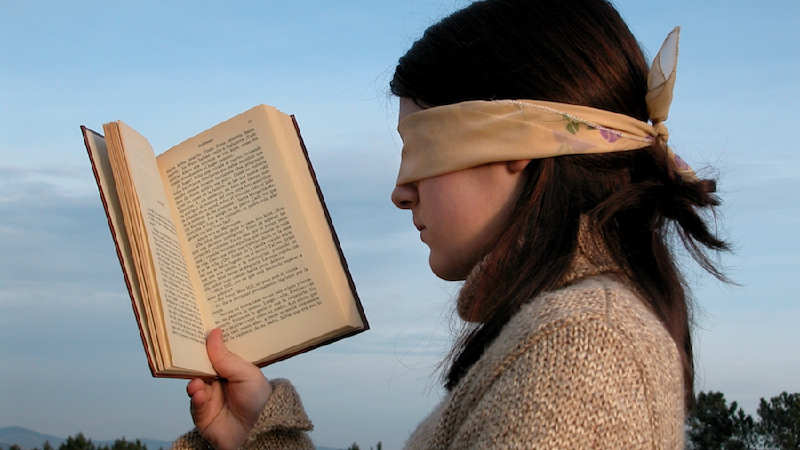