“Not ignorance, but the ignorance of ignorance is the death of knowledge.” —Alfred North Whitehead

My first year of teaching I had a realization that helped me throughout my years in the classroom, and life in general. I was warned about Jimmy, my fourth-grade student. I was told, “He has a real behavior problem, difficult to control and will make your life miserable.” I read his record card which had the reports of previous teachers detailing how much of a problem he had been and would be.

I was really concerned about Jimmy, when I met him, ready to experience what I “knew” would be a difficult time. Wrong!

I decided to observe for myself what kind of person Jimmy was. It turned out he was very bright, very active and just needed someone who would understand and work with his unique personality. We had a great year together; he was a dream.

There is so much media available today, so many opinions about everything, that it makes it “so much easier” to believe what we read or hear, even while we are ignorant of our own ignorance because we have not personally observed the truth for ourselves.

It is so easy to be ignorant of our own ignorance because it is so easy to fall into the trap of believing what others say or write, without our personal observation. And the media is so eager to exploit our ignorance to meet their own editorial version of what they want us to believe.

Several years ago, I was watching 60 Minutes, the CBS news magazine, and saw a story they produced with a strong bias against Scientology. The story was so slanted and inaccurate, filled with misconceptions, innuendos and outright lies. I was livid after watching the segment. Then after the commercial they did another very negative story about some organization I had no experience with and no knowledge of. As I watched the segment I began to think, this organization needs to be avoided or prosecuted—they were not a good group. And then I remembered how CBS had perverted the truth about Scientology. Why should I believe what they were saying about this other group? I was truly ignorant about my own ignorance of this other group and bought into the slanted journalism of 60 Minutes, without observing the truth for myself.

There is so much media available today, so many opinions about everything, that it makes it “so much easier” to believe what we read or hear, even while we are ignorant of our own ignorance because we have not personally observed the truth for ourselves.

Oh by the way, I just read the world is flat. Hmmmm.

Bernard Percy
Author, educator, international lecturer, proud dad of three adult daughters, husband (for 45 years), and a Scientologist (since 1968). He has had eight books published on education and family relationships; he was a New York City elementary school teacher for 12 years and he has a master's degree in childhood education from Columbia University.
THE STAND BLOG
INCLUSION & RESPECT
MLK Championed Religious Respect, Too
RELIGIOUS FREEDOM
We All Deserve to Live in a World of Religious Diversity & Freedom
RELIGIOUS FREEDOM
What We Celebrate Each January 16 for Religious Freedom Day
FEATURED ARTICLES
RELIGIOUS FREEDOM
Church of Scientology Contributes to Major Study on Priest-Penitent Privilege
By Eric Lieberman
RELIGIOUS FREEDOM
Religious Arbitration—What It Means and Why It Matters
By Bishop L. J. Guillory
RELIGIOUS FREEDOM
Overlooked—International Religious Freedom Issues That Should Worry Us All
By Scott Morgan
RELATED ARTICLES
BLOG | COMBATING BIGOTRY & HATE
Texas Legislation Strips Truth & Diversity From History 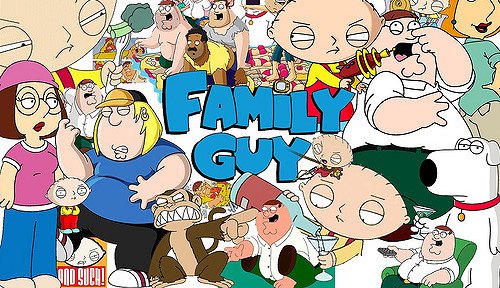