The Streets of Spirituality

I have a day job, but some nights (usually on the weekend) I head out and drive for Uber and Lyft in my home city of Portland, Oregon. I did 418 rides in 2019. In the “gig economy” this is known as “getting one’s hustle on.”

But it’s also been a street-level education into others’ spiritual hearts and minds.

If I venture out into evening rush hour, I get people leaving work. The sunlight slowly vanishes, and I pick up people going out to dinner, to bars and clubs. I keep going, and it’s folks headed home after closing time (often more than a little inebriated). After several caffeine infusions, I drive bartenders and servers home. If I keep going, I hit the early morning airport traffic and intrepid souls headed to work in the dark.

Then, the sun reveals itself.

A city has layers of humanity, like strata of rock.

The top layer is superficial—Instagram filters of people “living their best life” while using psychotropic drugs to “deal with stress,” as they obsess over image, who’s followed and who’s following.

There are many layers beneath, seen by emergency room doctors, police officers, firefighters, paramedics, clergy and others.

I witness a layer of humanity when I drive people around.

The world is chaotic, but it isn’t as bad as the screaming press would have us believe.

I’ve driven urban professionals, reformed criminals, burlesque dancers, angel investors, families with groceries, people with baggage. Some are in a hurry to get the hell out of wherever I picked them up from. Others want to decompress or debrief after a hard day. Others, in the wee hours, are living embodiments of the Latin phrase in vino veritas (“in wine the truth”).

There are other strata.

For example, there’s the media layer, distorted, more about manipulation than information, a stratum of 5,000 advertisements per day, per person, the incessant barrage of soundbites, “us-and-them” narrative, political strife, the threat of pandemic and global collapse—and the internet, overloaded, where it’s hard to delineate opinion from fact from fiction.

So it helps to talk to real people.

The job of a journalist should be to report the truth, and I know there are good journalists who do their job. But the reality in the profit-driven world of the media is that the soundbite is king, clickbait is supreme, and the only God is controversy.

From firsthand experience, the bywords for PR and press are “conflict” and “harm,” because these attract readers.

But most telling for me, personally, has been the gross misinterpretation and misrepresentation of my religion. Untruths uttered by non-experts on something they know nothing about.

What never ceases to astound me about my religion is its intense workability and direct applicability to everyday life—all in addition to its depth of knowledge and spiritual relevance in a modern, technological age.

The world is chaotic, but it isn’t as bad as the screaming press would have us believe. Crime overall in America, for example, has been on the decline for decades, while life expectancy continues to rise.

We have problems. No doubt whatsoever. The homeless tents are enough to tell us that.

But dealing with these problems requires a cold hard look at the truth, without the slant and slander of the uninformed and ill-intentioned.

I’ve wound countless times through my city’s streets, gone to Oregon’s high desert—where a makeshift city had assembled to witness the solar eclipse—taken my car across the country and back again, talked to thousands of people.

Most people are good people, but they have troubles, despite any outward façade. They’d like to help their friends and family, lead a better life, find peace of mind—and some are looking for something even deeper: spiritual truth.

But don’t take my word for it.

Journey through the streets of spirituality, no matter what that journey looks like for you.

And as our sun falls and rises, again and again, you’ll find the journey has no end.

Time to hit the highway.

KEYWORDS
MEDIA SPIRITUALITY TRUTH
AUTHOR
Dylan Green
Writer. Musician. Artist. Father. Seeker of Truth.
THE STAND BLOG
HATE WATCH
Game Show Network: Bigotry Is No Game
HATE WATCH
Why Political Operative Ace Smith Is the True Loser in the L.A. Mayoral Race
HATE WATCH
Why the People of Los Angeles Are Disgusted by Ace Smith
FEATURED ARTICLES
RELIGIOUS FREEDOM
Why God Is Love and We Should Love All People of All Faiths
By Dylan Green
TOLERANCE
Faith Communities Come Together to Pay Tribute to Queen Elizabeth II
By Dylan Green 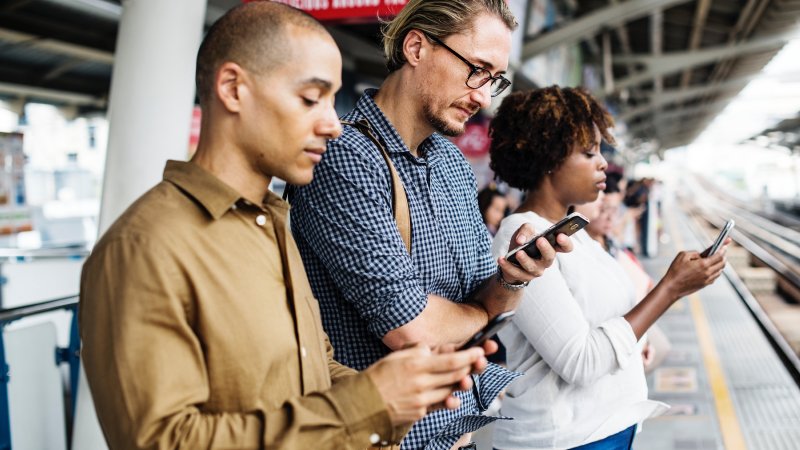