The Importance of Religious Liberty, a Scientologist’s view

During the modern age, regardless of how that is defined, few groups have done more to advance the cause of freedom of religion than has my church, the Church of Scientology. Even an ardent critic could not deny this fact. In country after country we have been at the forefront of this critical issue. In doing an Internet search of the battles we have waged and won for religious freedom in the U.S., Germany, France, Spain, England and many other countries, the list would be very long indeed.

In winning court battle after court battle over these many years, at untold financial costs to its dedicated parishioners, the Church of Scientology has not only cemented its own place among the great modern religious movements but has also solidified the unshakeable rights of every other religious group to practice as it sees fit.

The battle has been and always will be framed between those forces that have sufficient confidence in themselves as free beings to unite with other like-minded individuals in an agreed-upon system in which they manage their own lives, and who, out of innate fear, wish to dominate and control the conduct of all others. The fate of every man, woman and child will ultimately be determined by which of these forces is “the victor.”

It often happens that religious freedom is viewed by the uninformed as a quaint notion, where government and society “condescends” to permit persons to hold on to their cherished beliefs, which may appear to the skeptic to be without consequence to the real business of living. Nothing could be further from the truth and no concept could threaten a society more. This idea makes it easy for politicians and others to dismiss religious liberty as one might dismiss the latest diet craze.

The fight for religious freedom is ongoing, and well-meaning people from all over the world are engaged like never before. There is no more important cause.

I know I can live each day with the full certainty that, as a Scientologist, I am part of the vanguard doing everything possible to advance the right of all people to practice their religious beliefs and thereby exercise freedom of thought in its highest form. 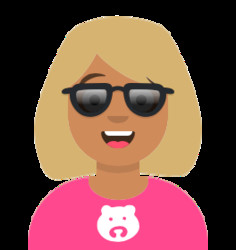 Alicia Selverson
Alicia Selverson is a writer, artist and model from New York. She is also a third-generation Scientologist and mother of two.
THE STAND BLOG
COMBATING BIGOTRY & HATE
Shoulder to Shoulder Panel Shows Us Why People of All Faiths Must Confront Islamophobia
SCIENTOLOGY RELIGION
Scientology Made Me a Better Dad—But You Wouldn’t Know It If You Believed the Bigots
EQUALITY & HUMAN RIGHTS
Juneteenth: Why the Struggle Is Always for Freedom
FEATURED ARTICLES
RELIGIOUS FREEDOM
The Founders’ Creator—Islam, the First Amendment and Religious Freedom
By Imam Talib M. Shareef
RELIGIOUS FREEDOM
Why My Religious Rights Are Being Threatened in Los Angeles County Superior Court
By Bishop L. J. Guillory
RELIGIOUS FREEDOM
Why All People of Faith Must Cherish and Protect the First Amendment
By Soraya Deen
RELATED ARTICLES
BLOG | COMBATING BIGOTRY & HATE
Apostates: My Personal Encounters
BLOG | RELIGIOUS FREEDOM
Why We’re Rejoicing as Houses of Worship Reopen
BLOG | COMBATING BIGOTRY & HATE
Why Scientology Jokes Fall Flat