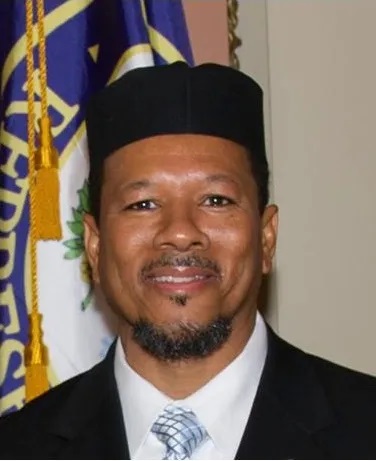 Guest Contributor | Imam Talib M. Shareef
Talib M. Shareef is a retired U.S. Air Force member with 30+ years of service who is today president and imam of the historic Nation’s Mosque in Washington, D.C. The recipient of numerous prestigious awards, Imam Shareef delivered the opening prayer on the steps of the Lincoln Memorial for the 50th Anniversary of Dr. King’s March on Washington; served as a key speaker at the former President George H. W. Bush’s Points of Light Conference; and was honored to sit with and be recognized for his service by President Barack Obama at the White House.

The Founders’ Creator—Islam, the First Amendment and Religious Freedom

Not long after the Declaration of Independence, the United States adopted the First Amendment to its Constitution, which states, “Congress shall make no law respecting an establishment of religion, or prohibiting the free exercise thereof; or abridging the freedom of speech, or of the press, or the right of the people peaceably to assemble, and to petition the Government for a redress of grievances.”

In examining the foundational values upon which our nation was established, we find that what brought the pioneers to America in search of religious freedom are aspirations and ideals that Muslims can accept, identify and share with other Americans. Both America and the religion of Al-Islam began with freedom of religion as their first freedoms. Therefore, the religion of Al-Islam has a natural affinity with American philosophy and with the spirit of the Constitution of the United States.

“Islam has always been part of America.”

The First Amendment is rooted in the fact that, from the very beginning, there was the fight for religious freedom. That freedom was then followed by the fight for all other freedoms. Realizing mankind was created to have independence and freedom of worship, the pilgrims came to these lands because they were persecuted and could not exercise their religious rights in Europe. They came here for the opportunity to start anew and live out the Christianity of their choosing, without hindrance and denial from the governments they fled. In doing so, they established that this—religious freedom—is what they wanted as the standard for all in America, including Muslims, as noted by President Barack Obama in his address during his first visit to an American Mosque: “Islam has always been part of America. Starting in colonial times, many of the slaves brought here from Africa were Muslim. And even in their bondage, some kept their faith alive. A few even won their freedom and became known to many Americans. And when enshrining the freedom of religion in our Constitution and our Bill of Rights, our Founders meant what they said when they said it applied to all religions. Back then, Muslims were often called Mahometans. And Thomas Jefferson explained that the Virginia Statute for Religious Freedom he wrote was designed to protect all faiths—and I’m quoting Thomas Jefferson now—‘the Jew and the Gentile, the Christian and the Mahometan.’”

President Obama added: “In 1957, when dedicating the Islamic center in Washington, D.C., President Eisenhower said, ‘I should like to assure you, my Islamic friends, that under the American Constitution… and in American hearts… this place of worship, is just as welcome… as any other religion.’”

We find these core values expressed by many over the course of American history. One of these many, President Franklin D. Roosevelt, in a speech to Congress, said that religious freedom “is the freedom of every person to worship God in his own way, everywhere in the world.”

Many among the Founding Fathers of this great nation and those connected with their struggle for independence and freedom of religious expression were guided by universal aspirations to establish spiritual life as the life in the new United States, for the betterment of society—so that society could exist, have a good future and progress in the matter ordained for it by the Creator. This idea of “the Creator” is highlighted in documents foundational to the First Amendment and can be found in the language of the Founding Fathers: “We hold these truths to be self evident, that all men are created equal and endowed by their Creator...” Here is the Founding Fathers’ recognition of Almighty God as the Creator and their acknowledgment that all men have inalienable rights the government cannot give or take away from them. The Founders acknowledged that all were created with those rights—inalienable rights—among them, life, liberty and the pursuit of happiness.

Religions can work together, have mutual respect for and cooperate with one another for the future of humanity.

These are statements of strong faith and allegiance to God which underscore how the First Amendment was meant to be interpreted in terms of religious freedom for all religious communities and all people of faith. Through their language, the Founding Fathers built an idea that connected man to Almighty God and insisted that government recognize that connection—one which they, the government, did not make and cannot break. Essentially, the Founders were forcing government to treat all citizens as the creation of Almighty God, the Creator. This idea is at the core of what makes America the beautiful. This idea of a government, a society that acknowledges that there is a Superior Authority higher than man and that people are accountable to that authority—their Creator, who gave them their life—is what establishes a true democracy.

All of this is consistent with what Muslims believe: that Almighty God is the Creator of everything, which is why it is noteworthy that the Founders intentionally gave acknowledgement to “the Creator,” rather than use a specific or proper name for God. In the history of Al-Islam, when Muhammad (peace be upon him) received the first words of revelation, the name Allah (subhanahu wa-ta’ala) was not mentioned. Almighty God introduced Himself to Muhammad (peace be upon him) firstly as the Creator, although the name “Allah” came later. Herein is the wisdom also of the Founders in their use of “Creator.” By reasoning, they concluded that every religion that recognizes Almighty God, “the Creator,” as the One Who is responsible for what we see in the skies, for the Earth that we live on and whatever comes out of the earth, and is responsible for man’s own existence, can live and coexist together. But not only live together, those religions can work together, have mutual respect for and cooperate with one another for the future of humanity—because that is the precious idea that makes it possible for us to progress with our human life in society.

George Washington stated in his first inaugural address, “the propitious smiles of Heaven can never be expected on a nation that disregards the eternal rules of order and right which Heaven itself has ordained.”

America recognizes that—that is the beauty and strength of our Constitution and what holds our nation together. Imam W. Deen Mohammed, in an address to a Muslim American Military Conference in Washington, D.C., said: “This country gives us more religious freedom than most of our own Islamic nations or countries, but we have to soberly in the mind see these facts and realities, and register and appreciate them.” He continued: “If we can recognize these realities, this change, and heal ourselves, and embrace the good, and embrace the progress, and embrace the good aims and good purposes for which this nation was envisioned or created by its Founding Fathers, and how the spirit and language that they left with us has gained support. Then we are in a good situation to make progress in this society.

Imam Mohammed was then asked: “How do I serve my country?”

His answer: “I serve my country as a citizen of this country, as a believer in Almighty God.”

Guest Contributor | Imam Talib M. Shareef
Talib M. Shareef is a retired U.S. Air Force member with 30+ years of service who is today president and imam of the historic Nation’s Mosque in Washington, D.C. The recipient of numerous prestigious awards, Imam Shareef delivered the opening prayer on the steps of the Lincoln Memorial for the 50th Anniversary of Dr. King’s March on Washington; served as a key speaker at the former President George H. W. Bush’s Points of Light Conference; and was honored to sit with and be recognized for his service by President Barack Obama at the White House.
THE STAND BLOG
RELIGIOUS LITERACY
Rosh Hashanah—Opening the Door to Redemption and Peace
RELIGIOUS FREEDOM
Human Dignity Is at the Heart of Religious Freedom: The Notre Dame Religious Liberty Summit
COMBATING BIGOTRY & HATE
Converting From Hate to Islam—One Man’s Journey Out of Darkness
FEATURED ARTICLES
RELIGIOUS FREEDOM
London Summit Calls For Joint Action to Restore Religious Freedom
By Qamar Rafiq
RELIGIOUS FREEDOM
Why My Religious Rights Are Being Threatened in Los Angeles County Superior Court
By Bishop L. J. Guillory
RELIGIOUS FREEDOM
Why All People of Faith Must Cherish and Protect the First Amendment
By Soraya Deen
RELATED ARTICLES
BLOG | RELIGIOUS FREEDOM
Adams, Jefferson, Religion & Freedom 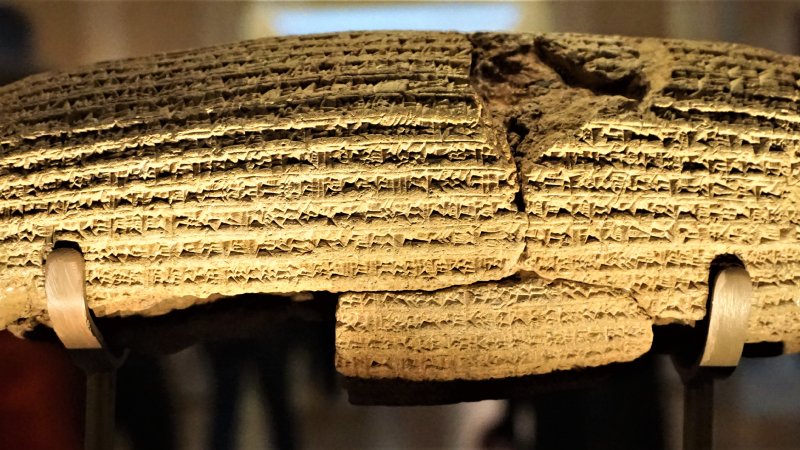