As part of an effort to understand why some internet media outlets are so egregious in their (mis-)reporting on my religion, Scientology, I recently researched “journalists and ethics.”

Of course, I came upon the SPJ Code of Ethics.

In 1909, a group of DePauw University students founded The Society of Professional Journalists as the fraternity Sigma Delta Chi. One of their stated goals was “to advance the standards of the press by fostering a higher ethical code.” The current version of the SPJ Code, 112 years later, can be found here.

The code consists of a preamble and four principles the SPJ considers to be “the foundation of ethical journalism.”

The Preamble: “Members of the Society of Professional Journalists believe that public enlightenment is the forerunner of justice and the foundation of democracy. Ethical journalism strives to ensure the free exchange of information that is accurate, fair and thorough. An ethical journalist acts with integrity.”

1) Seek Truth and Report It.

4) Be Accountable and Transparent.

Each of these principles is discussed at length in the body of the code, and it will be obvious to anyone who reads it that tabloids like National Enquirer and The Daily Beast subscribe to a very different code.

Given The Beast’s record of “poison pen” reporting, I believe it’s fitting to consider Schahtman’s words the Preamble to The Daily Beast’s Code of Ethics.

As for the remainder?

Well, being intimately familiar with the Scientology religion, its belief and its practices, I decided to assess The Beast’s coverage of my church against SPJ’s Code.

Does The Beast subscribe to the first principle, “Seek Truth and Report It”?

This one’s a no-brainer. The Beast routinely accepts the word of apostates and professional anti-Scientologists at face value. (This appears to be a common practice among tabloids on any subject… interview the star’s assistant who was fired for cause and call it a day.) Looking over The Beast’s history, there is virtually no positive reporting on religion—any religion. It’s safe to assume The Beast’s “first principle” is something on the order of: “ANYTHING for clicks. Accuracy, honesty and truth be damned.”

What about “Minimize Harm”?

Another no-brainer. The obvious purpose of The Beast’s articles on Scientology is to Maximize Harm to Scientology and Scientologists, all without any rational reason for the attack.

As for “Act Independently,” none of the Daily Beast’s reporters have demonstrated the slightest interest in writing an honest story about my religion; they remain slaves to Shachtman’s don’t-give-a-f—k, anything-for-clicks philosophy.

The SPJ’s “Be Accountable and Transparent” principle becomes applicable to The Beast if you add: “…when caught with our pants down!”

You may recall the media debacle last year in which high school kids from Covington, Kentucky were falsely accused of harassing a Native American “elder” after a pro-life event they attended in Washington D.C. When a full video of the supposed abuse surfaced and cleared the boys of any wrongdoing, The Daily Beast had no choice but to apologize for their blatant and irresponsible attempt to ruin these kids’ lives. Here’s an excerpt from the Daily Beast’s “apology”: “…in the immortal words of the philosopher Axl Rose, all we need is just a little patience. Of course, that’s easier said than done. Readers today have short attention spans and are often clamoring for the next big controversy. Preaching patience didn’t help when the ‘hands up don’t shoot’ narrative was developing, nor did it help in the case of the Duke Lacrosse kids (or in numerous other situations). To be honest, it’s unlikely to help the next time something like this happens….”

The Daily Beast’s “apology” explained that it wasn’t their fault; it was the fault of their readers—because they have short attention spans. Apparently proud of their “don’t give a f—k,” code of ethics, the “apology” goes on to let us know they aren’t about to change; it will happen again.

One could argue that criticizing tabloid journalism for its dishonesty and depravity is senseless—like criticizing a skunk for its smell. But unlike the skunk, reporters as individuals have a choice. They can choose to abandon any pretense of serving the general public in a positive way, pander to the mob, further degrade the culture, and get “clicks.” Or like the DePauw University students who founded the Society of Professional Journalists, they can choose to advance the standards of their profession.

I can’t help but believe their choice affects their sense of self-worth and value as human beings.

In retrospect, it should come as no surprise that “reporters” who choose the low road, see taking cheap shots at religions as the proper thing to do, if they can get away with it. Such depravity doesn’t exactly go hand-in-hand with a meaningful spiritual life.

KEYWORDS
DAILY BEAST SPJ CODE OF ETHICS TABLOID HATE
AUTHOR
Jim Kalergis
Jim is a Los Angeles based screenwriter specializing in edit/rewrite work. In previous careers, Jim was a disk jockey, developed educational materials for industry, and managed a number of broadcast TV studio operations. His free time activities include ham radio and contributing to web-based discussion groups on a wide range of subjects.
THE STAND BLOG
HATE WATCH
Game Show Network: Bigotry Is No Game
HATE WATCH
Why Political Operative Ace Smith Is the True Loser in the L.A. Mayoral Race
HATE WATCH
Why the People of Los Angeles Are Disgusted by Ace Smith
FEATURED ARTICLES
RELIGIOUS FREEDOM
Why God Is Love and We Should Love All People of All Faiths
By Jim Kalergis
TOLERANCE
Faith Communities Come Together to Pay Tribute to Queen Elizabeth II
By Jim Kalergis 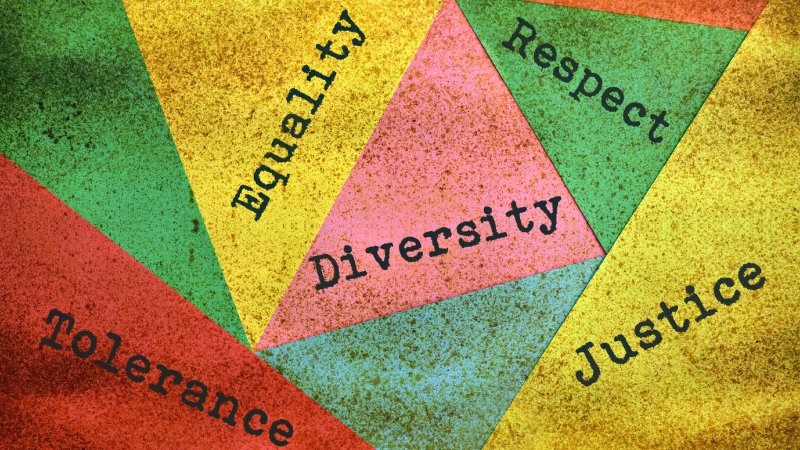