Carnage: the violent reduction of human beings into dead meat.

There has been far too much of this recently, in schools, mosques, synagogues, churches —it appears no place is sacred.

The media, mainstream and social, has been overflowing with it. It is one thing to be informed. As responsible citizens, we need to be. It is quite another to be plowed under by constant repetition of evil on the twenty-four-hour news cycle. Such repetition is another form of terrorism: It keeps the terrorist act in our minds and actively serves the terrorist’s purpose in doing so.

Terrorists make it part of their plan. They know that mainstream media will keep pumping out the most disturbing video they have because it boosts their ratings. It also extends the criminals’ moments of fame and inspires others who are similarly twisted to join in the destruction.

The combined media are high volume in terms of frequency of repetition and intensity. Too much and too loud.

Thus the carnage is promoted and prolonged.

It’s time for something better.

It is a workable truism that if you don’t like the conversation, you change it. That’s what I’m trying to do. I invite you to join me.

It is undeniably true that there are terrorists in the world and they are well named: they try to bring about terror, chaos, and fear. They are a tiny minority of the overall population.

The day after the recent carnage in Christchurch, New Zealand, I wrote a short message on my personal blog.

It was about the fact that the good people in the world vastly outnumber the bad, and we should never forget that fact. To my surprise, it was reblogged and linked all over the world and was met with universal approval in at least thirty-one countries. Let’s spread the idea further.

It is undeniably true that there are terrorists in the world and they are well named: they try to bring about terror, chaos, and fear. They are a tiny minority of the overall population. The vast majority of the people in the world are decent and just trying to get along in life. Many of these people go further: they actively attempt to make the world a better place. These people are not terrorists. I call them “betterists.”

(I should note here that some other people seem to have come up with the term “betterist” before I did. I hope they don’t mind that I use it. I think we are all headed in the same direction.)

Most betterists quietly go about their work unheralded, not looking for any credit other than perhaps a smile or tip of the hat. Many probably don’t even realize how good they really are.

I would wager that the majority of betterists are individuals or small groups who don’t realize that there are many more like them, probably close by.

It could be that you are a betterist too. Perhaps you sell yourself short. Don’t. Betterism manifests in many ways: volunteering in the community, helping a child in school, keeping the city clean, helping a stranger, even a simple kind word or a smile. It all counts.

What if all the betterists in the world recognized themselves and each other and got together?

What if we publicized the fact?

By sheer numbers, betterists would be louder in a normal tone of voice than all the terrorists at full shout.

We would drown them out with betterism.

That would change the conversation.

And it would go a long way toward stopping the carnage. 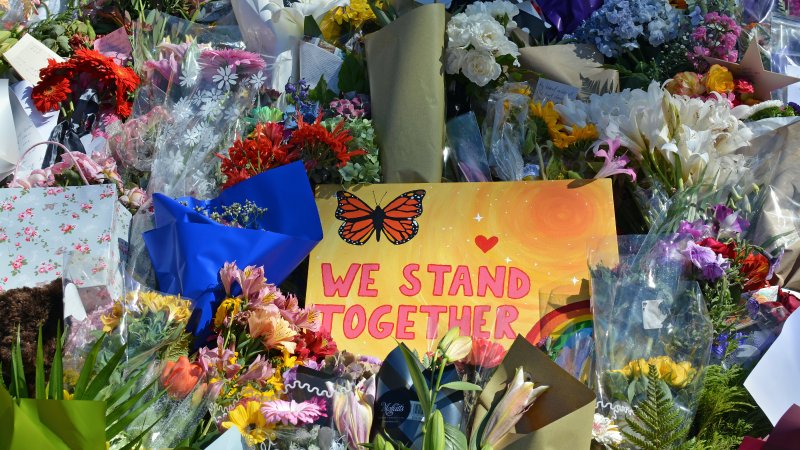