“Critical mass” is a concept in physics. It’s “a size, number, or amount large enough to produce a particular result.” Don’t let that scare you. It just means enough of the right stuff to get the right outcome.

It’s everything from enough baking powder to make pancakes, enough fans to make a gold record, enough customers to make a successful business or enough plutonium to blow up a city (I’ll take the pancakes). It’s also enough of a certain ingredient that turns otherwise decent people into a bunch of raging bigots.

Propaganda. It comes from the word propagate which means to spread, to reproduce, to multiply.

Just start pounding an idea enough times into enough people until, hypnotically, they begin to believe it. Critical mass is achieved when the idea—no matter how false or ridiculous—becomes accepted as reality.

History is full of examples. I think my all-time favorite is witches. Those mythical women who, like Santa Claus, have found a permanent place in the modern mind. You have about as much chance of finding one as you do of finding Santa Claus, but there is a sizable chunk of the world that still believes in their existence. Why? Well if you’re a guy who has managed to ignite the implacable hatred of a woman by a stupid, mean, idiotic word or deed, then you’ve experienced the living hell your life can become afterward. You feel like you are “cursed.” Just as now, in old times, idiots didn’t get the idea that they caused their own misfortune. They started blaming misfortune in general on the women they’d just offended. As the idea of witches achieved critical mass in the idiot world, everything from plagues to famine to bad hair days were blamed on the witches that “everyone knew” existed. There were plenty of medieval bureaucrats whose cushy jobs depended on finding witches to burn. It wasn’t until virtually everyone had a friend or loved one burned as a witch that they started to get the idea that they might be wrong… mmmaybe…

The Nazi media scientists and engineers were so successful at creating bigot chain reactions that they created the formula which the American media and corporate propagandists follow to this day.

In 1883 Charles Darwin’s half-cousin got tired of hanging around waiting for natural selection to create perfect humans and decided to do it himself. He called it “eugenics.” Breeding geniuses the way you breed animals to get more “desirable qualities.” “What a great idea!” “What could possibly go wrong?” Well, idiots. That’s what. (Give any idea to idiots and, lo and behold, they’ll do something dumb.) Everyone loved the idea and it hit critical mass among idiots by the mid-20th century when it led to 33 U.S. States sterilizing Native Americans and other “inferior races.” It also led to Nazis “sterilizing the world” by killing anyone who was not Aryan.

Nazi schools and Nazi media spent years propagandizing an entire generation of German children to believe the idea they were superior, and anyone who wasn’t like them was less than human and therefore needed dying. All they had to do was be German and Nazi to feel superior.

Nazi media propagandists refined the science of creating a bigot explosion. Packing that many big and little bigots into the same space created a critical mass, a nuclear chain reaction of bigots. As we now know, this led to—and ended with—the creation of critical mass in bombs and bullets in order to neutralize all the bigots.

The Nazi media scientists and engineers were so successful at creating bigot chain reactions that they created the formula which the American media and corporate propagandists follow to this day.

The formula for creating a bigot explosion is as follows:

1. Locate a source of bigot-reactive material. This material is composed of individual units containing the need to feel important without doing anything important. (Fortunately for the media, this material is found everywhere in abundance for free.)

3. Refine the bigot-reactive material so that impurities such as complete information, honesty, common sense, tolerance and decency cannot slow down or interfere with the reaction.

4. Put these pure bigots in proximity with enough bigot-reactive material to achieve a critical mass.

The “particular result” will be a mass of critical bigots achieving critical mass. A chain reaction of bigots, creating “fallout” and “waste” which goes on contaminating and destroying everything it touches, forever… including, ultimately, the bigots themselves.

You see, once the chain reaction has started, the bigot-reactive material eventually runs out of its reaction source. It must then seek out fresh material in order to continue the reaction. Anything which is different from the bigot will work for the job of continuing the reaction. Race, gender, politics and religion are in abundant supply and are usually the go-to staple. The media will feed any or all of these to potential bigots, harnessing the reaction and harvesting the fallout for profit.

Apropos of nothing, I heard there’s a show out about “Scientology.”

I wonder who’s next. 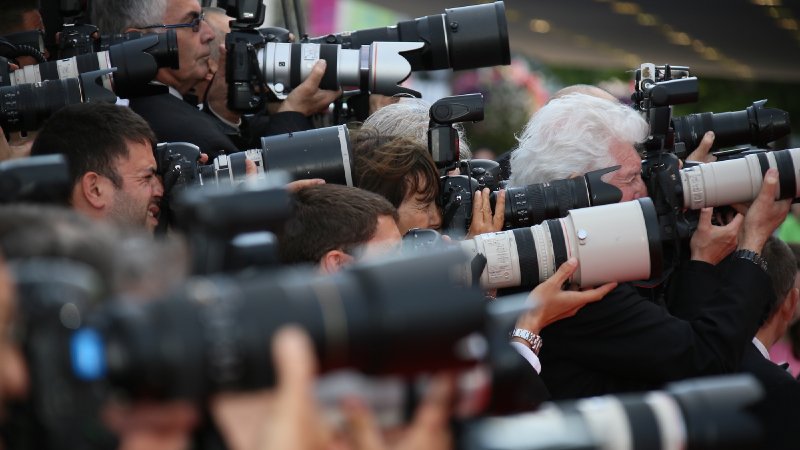