Imagine you’re James Madison. It is 1791. Just four years ago, under your leadership, Congress drafted the United States Constitution. As a description of the form and function of the federal government, it is a masterpiece. As a constraint on the power of that government, it is lacking. You’ve been tasked with drafting a Bill of Rights which will limit that power, and which will secure for every citizen the right to “life, liberty and the pursuit of happiness,” as Thomas Jefferson’s Declaration of Independence had promised 15 years before.

Where would you begin?

Medieval Europe was a cauldron of terror and superstition. In the mid-1300s, the plague killed upwards of 200 million people and laid waste to many of the centers of Western civilization. European governments proved to be highly virulent carriers of their own plague, with the Hundred Years’ War (actually a series of wars from 1337 to 1453) claiming an additional 3.5 million souls. Simultaneously, a “little ice age” brought chill winters to all of Europe. Facing such cataclysms, people clamored for a scapegoat. The monarchs and high priests obliged, and the Inquisition was born.

Until the mid-1300s, witchcraft and magic had been quietly accepted as part of the mystic melting pot that was Europe. That now changed. Early inquisitions in France targeted witches as the source of the catastrophes. The diagnosis? Hereticism, or deviance from true Catholic belief. Soon, Jews, Protestants and Muslims were found to be infected. Under the guise of enlightenment, inquisitions in France, Spain, Portugal and the New World killed, tortured and imprisoned hundreds of thousands of people. It wasn’t until the early 19th century that the last spasms of this particularly virulent strain of intolerance were expunged.

But in the middle of the millennium, the fever of orthodoxy burned hot. The year 1492 was notable. Christopher Columbus, of course, discovered America. And the Spanish Inquisition expelled the Jews from Spain.

“They cast their eyes on these new countries as asylums of civil and religious freedom; but they found them free only for the reigning sect.”

Spain quickly exported the Inquisition to its new territories in Peru, Guatemala, Mexico, and the Caribbean, with two Jews being burned at the stake in Mexico in 1528. The seeds of intolerance were being sewn throughout the New World, with native South and Central Americans receiving the brunt of the “enlightenment” south of the border.

Back in Europe, in 1534, Henry VIII broke away from Rome and founded the Church of England. He soon issued the “Act of Uniformity,” a formal law which demanded that all of his subjects show fealty to his new religion. The Act imposed harsh fines for failing to attend Church, and even death for routine absence or sedition.

Europeans seeking freedom of religion were caught between the hammer of the Catholic Church and its inquisitions and the anvil of the Church of England.

Throughout England, men were jailed on the order of justices and clergy alike. Only rarely were warrants issued, explanations given, or charges revealed. English jails of that day provided minimal shelter and no food (prisoners survived on the generosity of passersby). They were, however, quick to provide leg irons in which men could be restrained for months awaiting trial. At trial, prisoners were browbeaten by justices, bishops, archbishops, clergy and/or noblemen, with no opportunity to command their own defense.

Two such men, Henry Barrow and John Greenwood, spent years in and out of English jails for their beliefs before being hung in 1593. Their deaths inspired the “Separatists”— Christians who sought their own way, separate from the Church of England. Where two had fallen, now stood hundreds.

In 1603, King James ascended to the throne of England. Addressing the growing ranks of the Separatists he proclaimed, “I shall make them conform themselves or I shall harry them out of the land.” By 1607, he had succeeded. Most of the Separatists who were not jailed had escaped to Holland.

A 1579 Dutch law proclaimed that “no man be molested or questioned on the subject of divine worship.” But the Holland of the early 1600s was not the Holland of 1579. The influx of misfits provided ready scapegoats for every calamity. And in 1618, the Thirty Years’ War—a religious war between Catholics and Protestants—began to consume Europe. It would eventually claim more than eight million lives.

The Separatists looked to America for refuge, and in 1618, the first boatload left for Virginia. Blown off course, beset by disease, only 50 of the original 180 survived. A second contingent left in 1620 and, in November of that year, landed at Cape Cod. The Pilgrims, as this boatload of Separatists are now known, had arrived. The problem was that they were not the first, and they were not alone.

The lure of the New World attracted Africans, Jews, Puritans, Catholics, Quakers, Anglicans, Baptists, Methodists, Presbyterians and nearly every variation of Christianity that the mind of man has ever devised. They were not prepared to deal with such diversity; all had learned to suffer, none had learned to coexist. As Thomas Jefferson said, “They cast their eyes on these new countries as asylums of civil and religious freedom; but they found them free only for the reigning sect.” In a world where every fire, earthquake, and Nor’easter represented not a random natural event but the retribution of God, whatever native tolerance they possessed was soon stretched beyond the breaking point.

Hostilities had commenced in 1607 with the establishment of the very first British colony at Jamestown, an act that then-Virginia Governor Thomas Dale referred to as “religious warfare.” The warfare escalated in 1624, when the colony passed a law establishing the Church of England as the sole permitted religion, to be supported by tax dollars siphoned from its colonists. By 1632, church attendance was deemed compulsory. It was now illegal to refuse baptism, for a ship to bring a Quaker into the colony, or for Quakers or Catholics to openly practice their religion.

Although Jews in the New World did not proselytize, they found historical prejudices waiting for them when they landed. Various attempts were made to expel them from the population.

The Quakers were not the sole targets of the Puritans’ wrath. In 1648, they hung their first witch, a midwife named Margaret Jones. The practice escalated until the now famous Salem Witch Trials of 1692 and 1693, in which over 200 people were accused, and 19 executed.

Although Jews in the New World did not proselytize, they found historical prejudices waiting for them when they landed. Various attempts were made to expel them from the population, notably in New York in 1654, the French colonies, and Maryland. In 1669, New England minister Cotton Mather published and distributed a book in which he charged Jews with sharp business practices, of blaspheming and murdering Jesus, of once each year stealing and crucifying Christian children, and of poisoning the water supplies of entire nations. His views reflected the generally accepted views of the times, and sparked individual acts of aggression.

The violence spread to Maryland. In 1664, a marauding English captain named Richard Ingle attacked the Catholic colonies there. He and his crew chased most of the Catholics out of Maryland, including the then-acting governor, Leonard Calvert. Ingle and his crew captured clergy, plundered and destroyed property, and attacked Catholic targets throughout the colony. They were stopped only upon the return of the governor, who captured and executed them. Nonetheless, by the end of the century, Maryland had changed colors, establishing the Church of England as the official state church and forbidding Catholics from voting, holding office, or worshipping publicly.

In 1700, New York also passed laws prohibiting Catholicism, the authority of which were promptly used to hang father John Ury in 1701. The prevailing view was expressed by Judge Paul Dudley of the Massachusetts Supreme Court when he died in 1750. In his will, he left Harvard College a fund that was to be used to support an annual lecture “exposing the idolatry of the Romish Church, their tyranny, usurpations and other crying wickedness.”

Nor were the English alone. In 1685, French authorities enacted the Black Code, their policy regarding, amongst other things, religion in their territories. The Code Noir, as it was called, banned all religious practices except Catholicism, and ordered the expulsion of all Jews from French colonies.

The dispute spilled over into what we now call the French and Indian War (1754 - 1763), in truth a war between French Catholics and English Protestants over access to the New England territories.

It took Georgia until 1732 to enact a charter which forbade the practice of Catholicism. Catholics were forbidden public office, denied the right to vote, and prohibited from worshipping publicly.

And as late as 1776, the North Carolina Constitution, like its counterparts in South Carolina and New Jersey, made Protestantism a requirement for holding public office.

The flames of this history still burned hot when Madison sat down at his desk to address the Bill of Rights. He picked up his pen and wrote. “Congress shall make no law respecting an establishment of religion, or prohibiting the free exercise thereof.” It was a bold and enlightened statement, mightier than any sword, and it has made America the beacon for religious liberty in the world.

“The only thing new in the world is the history you do not know.” — Harry S. Truman. 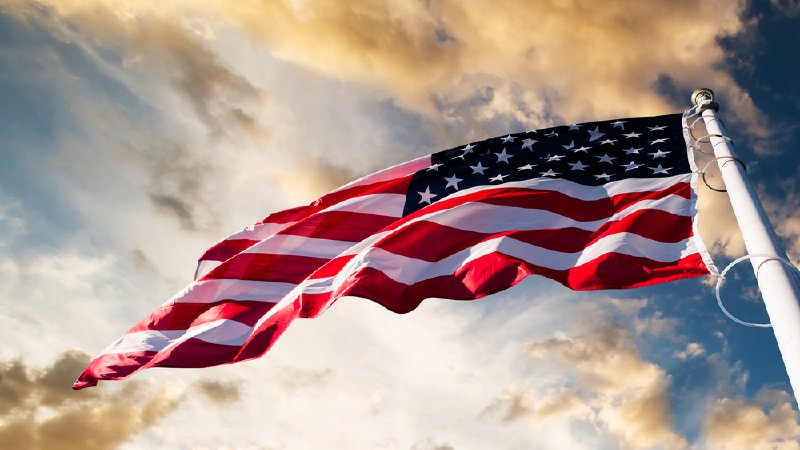