Reflections on Religion and Respect This Mother’s Day

Does he look down on any of the names given to different religions, each of which is really just its own “spiritual language” aimed at connecting and speaking with God?

Each religion is unique and special and is a personal connection to God or a higher power. It’s there to soothe, enlighten, comfort and expand one’s relationships with others and even improve one’s relationship to oneself.

But what does that have to do with Mother’s Day and my own membership in the Church of Scientology for the past 50 years?

Well, take a look around. Did anyone arrive here on Earth without a mother?

That’s why mothers have a particular role to play in forwarding our cultures and civilization itself. Everyone comes through us. And in my view religion goes hand in hand with a mother’s role. One’s own religion is a matter of personal choice, but civilization itself would improve if each of us kept to the guidelines of our religions. (Might want to read that last sentence again!)

How could I let him get away with denigrating another religion and call myself a real Scientologist?

I was raised as a Roman Catholic. My grandmothers were Episcopalian and Baptist respectively. Later I married a Jewish Scientologist. And I have friends who are Muslim and Buddhist. My sister and brother-in-law are Christian but they also find compatibility with the practicality of Scientology principles. So I’ve been surrounded by religious people my whole life. And I studied Catholicism from the 1st through 12th grades.

But I would say that the main thing I learned in Scientology about religion is to respect the religious beliefs of others. Not just be tolerant but really be respectful. It’s unacceptable to bash or denigrate religion in any way.

I’ll give you an example. A friend of mine who is not a Scientologist decided to post a rant on social media about his disagreements with the Baptist religion. His post was disrespectful and his use of swear words was unacceptable to me.

The next time I saw him, I sat him down and showed him our booklet called The Way to Happiness. It is a common-sense guide to better living meant for everyone whether religious or not. Chapter 18 is entitled “Respect the Religious Beliefs of Others.” I read it out loud to him and, in between each sentence, asked him what he understood from the statement and what it meant to him. At the end, he thanked me for taking this up with him face to face. He said that he had been raised a Baptist and had some strong disagreements with some of the things he experienced. I didn’t deny his opinion, I just said that he should do as I did: speak face to face with whomever he had disagreements with to get some resolution and not spew negativity about all Baptists. He nodded. Later, when I checked, he had taken down the post.

Ok, so he wasn’t bashing Scientology, yet how could I let him get away with denigrating another religion and call myself a real Scientologist? We treat other religions the way we want our religion to be regarded and treated: with respect.

Every religion is a living and breathing thing. At least it should be. It’s not relegated only to Saturday or Sunday. It’s everyday.

But back to motherhood. The importance of mothers cannot be overstressed. (And the same goes for fathers, too.) Any problem we are having in society today is often better handled by a caring and intelligent mother than a police officer, teacher or employer, though we all interact with so many of these people I just named.

But a mother’s job is to instill the fundamentals of how to get along in life and how to be successful. And if there was a concentration on this as a primary function of motherhood, the world would be a calmer, better place.

So the next time you see a mother handling her children with kindness and respect, do step up and say something complimentary. Acknowledge her for doing a good job. Because that child or those children are the future and a mother’s job is to make that future a good one, a creative one, a thriving one and a respectful one. 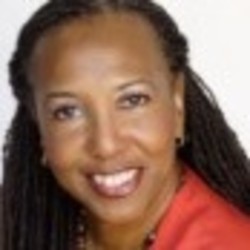 Caralyn Percy
Caralyn Percy has four major skills which she combines as president of an international nonprofit—singing, writing, public speaking and sales. Married for 43 years (so far) and with 3 highly professional and beautiful daughters and their husbands, she is proud to blog for STAND.
THE STAND BLOG
HATE WATCH
Why Political Operative Ace Smith Is the True Loser in the L.A. Mayoral Race
HATE WATCH
Why the People of Los Angeles Are Disgusted by Ace Smith
HATE WATCH
Rick Caruso Campaign Manager Ace Smith Blocks Scientologists Speaking Out Against His Bigotry
FEATURED ARTICLES
RELIGIOUS FREEDOM
Why God Is Love and We Should Love All People of All Faiths
By Daniel Bradley
RELIGIOUS FREEDOM
London Summit Calls For Joint Action to Restore Religious Freedom
By Qamar Rafiq
RELIGIOUS FREEDOM
The Founders’ Creator—Islam, the First Amendment and Religious Freedom
By Imam Talib M. Shareef
RELATED ARTICLES
BLOG | SCIENTOLOGY RELIGION
How Scientology Helped Me Raise Kids Who Care
BLOG | TOLERANCE
Why Tolerance Is Not Enough. #respectfaith
BLOG | RELIGIOUS FREEDOM
Debunking the “Atheists are Smarter” Myth