On Respecting Religion, Church and State

I grew up Methodist. Everyone I knew intimately in my young life—family, friends—were also Protestant Christians. Wishing each other a Merry Christmas was a foregone conclusion and all in all it was a very comfortable way for me to grow up.

I loved Jesus. Everything he stood for. I still do. The idea that loving each other and being caring, compassionate and understanding of your fellow man was the most important quality you could have—and that, in fact, God demanded it—was the basis of the kind of world I wanted to live in. Still is.

I also loved what a radical Jesus was. The idea of walking into the temple and physically overturning the money lenders’ tables in anger… can you imagine the kind of courage and conviction that took? I have always admired people who speak truth to power.

I remember one specific Sunday school lesson about the way those in political power at the time would try to trap Jesus into saying or doing something that would get him into trouble. I loved how he continually outsmarted them all.

I was reminded of all of this when I read an article on Jesus and religious freedom.

The author talks about Jesus’ famous quote “render to Caesar what is Caesar’s and to God what is God’s.” The basic concept, as the article explains well, is that it’s a good thing to be a responsible citizen or member of whatever group you belong to, and to obey the laws of the land and contribute to society, and you can do and be all of those things and still be a person of faith and operate with integrity. I think that statement is as true and important today as it’s ever been in history.

Can you imagine a world where every single person was allowed to believe exactly what he or she felt was true and there was never any sort of “backlash” or punishment for it of any kind?

We’re living at a time when it seems that to believe in something means you have to do whatever you can to force everyone else to believe the same thing. A few people do it with actual physical violence. Many, many more do it with overheated rhetoric and accusation. It gets awfully noisy with everyone shouting like this and no one listening. As a kid who loved everything about what Jesus stood for, the idea of forcing my beliefs on other people in any way never occurred to me and, today, as a member of a young, minority religion I still feel the same way.

Can you imagine a world where every single person was allowed to believe exactly what he or she felt was true and there was never any sort of “backlash” or punishment for it of any kind? A world where governments worked for the people based on universal principles of justice and fairness rather than a specific religious ideology that might make people who are not of that faith feel isolated or unwelcome? What would Afghanistan look like if the Taliban lived as they believe God intends them to live but also allowed others to live as they see fit? What would North Korea look like if its citizens could come and go freely and speak their minds openly? What would the average person’s Facebook feed look like if everyone respectfully communicated their beliefs and viewpoints while allowing everyone else to do exactly the same thing? What would that kind of reality look like? What would it feel like?

Support a government by and for the people, and let people practice a religion of their own choosing, even if it’s very different than yours.

The more I think about it, the more insane it seems that that’s not the way it is already. It seems so logical to let people simply believe what they feel is true about why we’re here, where we’ve come from and what exists after this life, and then to have a government based on logical principles designed to care for the greater good, which would very much include protecting people’s freedom of religion. What’s so hard about that?

Support a government by and for the people, and let people practice a religion of their own choosing, even if it’s very different than yours. Let people respectfully express their own viewpoints in any public forum they choose without being attacked for them. Let ideas win based on their merit, not on who shouts the loudest.

I actually don’t think it ever has to be, or should be, any more complicated than that. 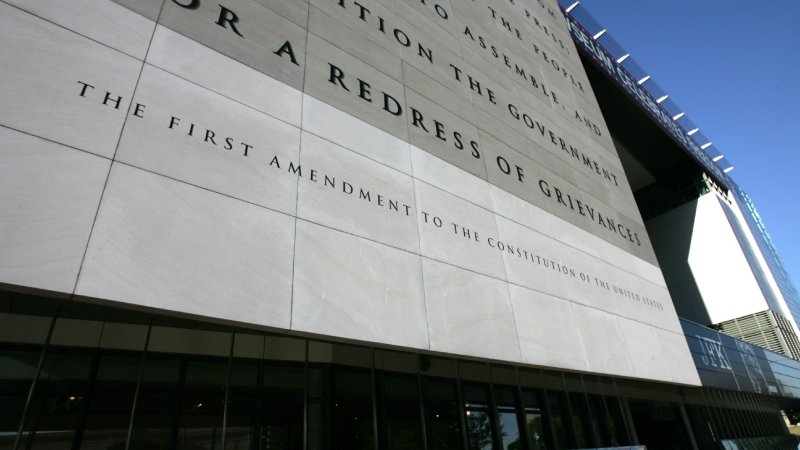 BLOG | RELIGIOUS FREEDOM
What it Means to Be an American