“Innocents Abroad” and What Mark Twain Can Teach Us About Faith

Religion has been under attack lately.

Materialistic factions in our society advocate that one must be skeptical of belief. After all, where is the proof?

This is not a new question. Writers down through ages have hinted at such ideas.

In his book The Innocents Abroad, which chronicles his travels around Europe and through the Holy Land in the 1800s, Mark Twain agrees, flippantly questioning the assertions of the guides and custodians of religious monuments in Catholic churches in Europe and in Jerusalem.

He observes that Veronica’s Veil—which St. Veronica used to wipe the face of Jesus on his path to the Mount Calvary, where he was crucified—existed in one too many churches throughout Europe for them all to be “the real thing.”

Each church vigorously defends theirs as the original. But this casts doubt on the authenticity of every one of them.

He also observes that too many relics were taken on faith—usually the faith of the black marketeer who sold them to whomever brought each to its final resting place.

Twain goes on to relay several stories he was told by guides in Jerusalem about those who were part of Christ’s final days. He questions aloud whether these stories are true.

Did Mary actually stand right here on this rock as her son’s body was anointed and prepared for burial? How do we know? Where is the proof?

Faith is spiritual, not physical. Faith exists in the minds, hearts and souls of those who embrace it. So physical proof of the existence of faith is not only impossible, it is unnecessary.

I have traveled extensively through Europe and relics are everywhere. The bones of saints, the “pieces of the True Cross” exist in even the smallest of churches in the most out-of-the-way towns and villages.

All these holy relics bring believers in droves to wear down the ancient wooden kneelers and fill the collection plates so that the churches erected hundreds of years ago will still be standing in another hundred.

And I have sometimes wondered the same thing.

Yet as he walked the same path that Jesus walked carrying his cross, Mark Twain started to wonder—and even hope—that this truly was the place where Jesus fainted and fell, then, unassisted and under the scourge of his abusers, got up to walk on.

He wished that this indentation in the stone that was said to cradle the elbow of Jesus as he fell for the second time was real.

But it wasn’t until he reached Mount Calvary, outside the city walls where Jesus was crucified, that he understood.

In these passages describing his impressions at that time, Mr. Twain stated that he was sure that this was where Christ died.

He was sure that it was on this rock. There could be no other.

And even if the holes in the rock that were described as having held the cross in place those centuries ago were not the real holes, it didn’t matter. What would a few feet in one direction or the other make when he knew that this was the place where the Savior gave his life that his people might be free?

In those paragraphs, I believe lies the truth.

Faith is spiritual, not physical. Faith exists in the minds, hearts and souls of those who embrace it.

So physical proof of the existence of faith is not only impossible, it is unnecessary.

It is ignorance itself to try to deny someone their faith because you cannot see it.

It is arrogant to demand proof of someone’s faith, because to them, they have proof.

And all faiths have one thing in common that we feel cannot be denied.

We believe that Man is a spiritual being.

We believe that it is important to love and help one other and that doing so is godlike.

We believe that there is a better place, a better way, and that some day we will get there.

Which is why faith is a precious gift we cherish.

KEYWORDS
BELIEF CHRISTIANITY RESPECT MARK TWAIN JESUS CHRIST
AUTHOR
Chris Ellis
Chris Ellis is an author, music instructor and professional blogger. Chris has written extensively as a guest blogger and has been the top blogger for lifehack.org. She lives in San Jose, California with her husband and generously proportioned Chihuahua, Little.
THE STAND BLOG
HATE WATCH
Game Show Network: Bigotry Is No Game
HATE WATCH
Why Political Operative Ace Smith Is the True Loser in the L.A. Mayoral Race
HATE WATCH
Why the People of Los Angeles Are Disgusted by Ace Smith
FEATURED ARTICLES
RELIGIOUS FREEDOM
Why God Is Love and We Should Love All People of All Faiths
By Chris Ellis
TOLERANCE
Faith Communities Come Together to Pay Tribute to Queen Elizabeth II
By Chris Ellis 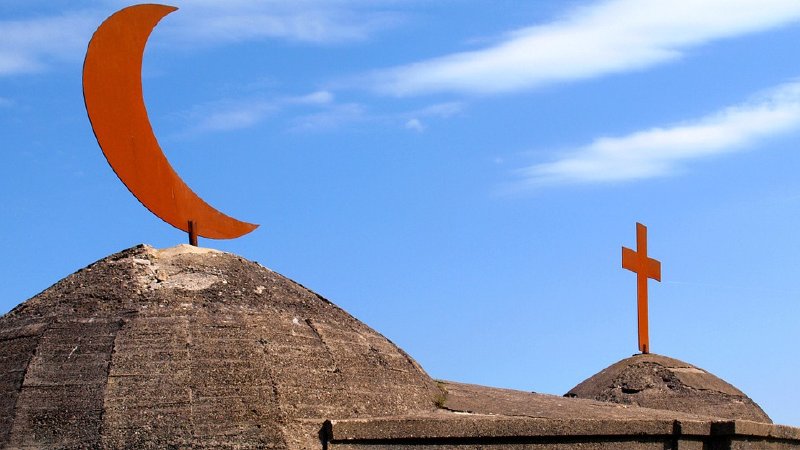