Is Religious Intolerance the First Step Toward the Decline of a Civilization?

Religion is the favorite weapon of those who want to turn a population against itself.

But are religions themselves intolerant of one another, as some of these strident rabble-rousers claim?

During my last trip to Rome, I was lucky enough to tour several historic churches and the underground catacombs where, long before Catholicism, the pagan citizens of the city would come to inter their dead.

The catacombs are a vast network of underground tunnels and tombs snaking their way under a hot, noisy and vibrant city. The catacombs are cool and perfectly calm by contrast—almost cold. They wind and meander their way for miles and miles under the part of the city that lies outside the ancient city walls.

They are an elaborate spider web of dark and damp tunnels marked only by seemingly randomly placed but lavishly decorated tombs, and thousands of person-sized burial niches in the walls.

The Roman Empire was the largest and most powerful empire this planet had ever seen… And all through the remains of this great civilization, one sees evidence that people of different religions lived together in harmony.

As one follows these fascinating tunnels and marvels at the elaborate tombs and modest, unmarked niches, one notices something unusual. Christians and Pagans shared the same graveyard.

Before the vast Roman empire, the Etruscans occupied much of the area north of and including Rome.

The ancient Etruscans were considered “pagan” as the word “pagan” is simply a term used to differentiate any ancient religion not based in Christian beliefs.

As one wanders the catacombs, one sees frescos glorifying the god Mithras who came before Christianity.

One also sees frescos with a decidedly Christian message.

We next toured the Basilica di San Clemente, an ancient church dedicated to Pope Clement I.

The church today is, in fact, a stack of three buildings piled up much like a layer cake. The basilica which exists today was built during the Middle Ages just prior to 1100 AD.

The second structure down is the 4th century basilica that was the home of a nobleman and was converted into a church.

In the basement of this grand home was a Mithraeum, a temple where Pagans worshipped the god Mithras.

Climbing down into the tunnels that now hold the remains of the noble house and ancient Roman street below the present day basilica, we saw more evidence that Christians and Pagans lived side by side.

The Roman Empire was the largest and most powerful empire this planet had ever seen. Before its demise it covered vast areas of Europe and the Middle East.

And all through the remains of this great civilization, one sees evidence that people of different religions lived together in harmony.

Later, the Roman Empire collapsed in on itself, but before that, it outlawed Christianity and Christians were martyred for their beliefs.

The Roman government found it threatening that a citizen of theirs would have a belief in an afterlife. Suddenly the people realized that their entire future was not in this life alone and in someone else’s hands. And suddenly the threat of death was not that much of a threat to the Christian citizens. This knowledge was a huge threat to those in power. It had to be stopped.

From there we saw the bloody executions and ultimately the decline of the entire Roman Empire.

Was religious intolerance one of the first steps on the road to the demise of the greatest civilization earth had ever known?

And, viewing all the evidence that people of different faiths lived peacefully side by side for centuries, you have to ask: what is it today that makes this seem so hard?

Is it possible that people, when left to their own devices, actually do get to know each other and come to live together peacefully?

Is it possible that the only reason we fight each other is because we are told we should? 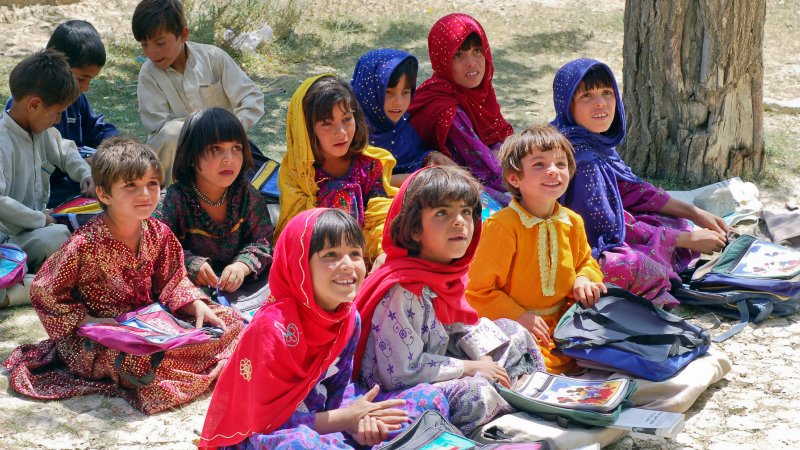