Intolerance in Hollywood—A Word of Caution

Hollywood, my hometown, is all about tolerance… as long as it fits “their” agenda. Pro-choice, green initiatives, gay rights, gender correctness—you name it. And I personally have no issue with any of these things. In fact, I think it is important not to ruin the environment or put down the views and lifestyles of others.

But what about if something doesn’t quite match the Hollywood Agenda? Suddenly the tables are turned and it’s “okay” to be intolerant. How does that work?

We as Americans fought hard to secure freedom of religion in this nation, and the blatant spreading of misinformation by Hollywood or anyone else is dangerous to that freedom.

Witness a recent Hollywood “exposé” on Scientology with no effort to fact-check anything or even show the other side (the actual side). If this was done instead about a gender-neutral bathroom in Starbucks, Hollywood would line up to protest the prejudice.

I’m a Scientologist, and I’m talking about Scientology. This current narrative of inciting intolerance against my religion is bigoted. Witness a recent Hollywood “exposé” on Scientology with no effort to fact-check anything or even show the other side (the actual side). If this was done instead about a gender-neutral bathroom in Starbucks, Hollywood would line up to protest the prejudice.

In fact, Hollywood would decry anyone in two seconds flat—and regularly does—anyone who would dare smite the almighty Hollywood Agenda. Why is it, then, that the persecuting of Scientology and Scientologists through the dissemination of falsehoods by disgruntled, ousted ex-church members is okay? At no point have any one of millions of current Church members been interviewed, though there are thousands in Hollywood alone.

The Church of Scientology went through the most scrupulous of reviews with a full opening of all documents to the IRS, and was found to be qualified for tax-exempt status as a wholly charitable and religious entity.

So the unchecked and hypocritical attacks on Scientology must stop. If society were to go back to the 1930s and its persecution of Jews, Hollywood would rail against this. Not just because of the long list of Hollywood heavyweights who are Jewish, but because fundamentally Hollywood as a collective agrees that intolerance is not okay (unless you are a Scientologist).

We need to start an all-out cry in Hollywood against the persecution of my religion, and any and every religion. How about letting A&E or HBO or 20/20 know that it actually isn’t okay with us to spread lies that affect millions of Scientologists around the world, or members of any faith?

My plea, to those practicing this bigotry, advocating for it or just permitting it through inaction is this: come to your senses. Ignoring facts and inciting hatred is exactly what a certain political party did in the 1930s. Look how that ended.

I, for one, don’t want history repeating itself—for all concerned. 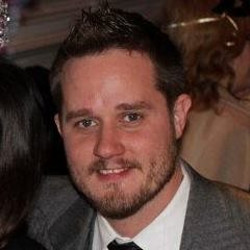