A friend emails you a petition to sign. There’s something absolutely awful going on and we’ve got to stop it now or ghastly unimaginable things will happen. That’s what the petition says.

You read it. It IS awful. You are enraged. You don’t bother to fact-check it or find out where the petition originated. You sign, send and share, and thereby potentially unleash that much more darkness and fear into the world.

You see a meme on Facebook. It tells you that we must be terrified by this thing that’s happening right now that is so inexpressibly execrable that the whole facts are not even carried by any of the usual news outlets. It blames it all on some individual or minority group. Your gorge rises. You click and share and a cloud descends on you and your environment.

Another friend forwards you a YouTube video. A man and woman in power suits with a convincing “newsroom” background give a “report” on the latest shocking developments calculated to make you despise and loathe certain ethnic or racial or religious communities of your fellow human beings. You forward the video to all your friends who do the same with their friends, and the brew of hate simmers.

How many phone calls, how many dinner table conversations, how many casual encounters that turned ugly have centered on “he said,” “they said” “they’re all—” without anything substantial to base it on?

None of this makes you feel good. But possibly you get into a “discussion” with a friend who doesn’t quite believe this or that horrible thing about these or those terrible people. It is impossible for you to conceive the consummate stupidity of this individual you’ve been friends with for decades and who you thought, up to just a few moments ago, was a rational, sensible, concerned person like yourself. The discussion—possibly in person, possibly on Facebook or Twitter or some other platform—turns heated. There’s name-calling and worse. Others are drawn in on the “discussion.” It becomes a free-for-all, and so it goes.

Scientology founder L. Ron Hubbard wrote in his book The Way To Happiness, “There is nothing unhappier than one who tries to live in a chaos of lies.”

But determining what is lie and what is truth can be tricky. For one thing, as Mr. Hubbard points out in the same book, “Many want you to believe things just to suit their own ends.”

What’s more, Mr. Hubbard noted that “False data buries itself, as the person may firmly believe that it is true. Sometimes the person will have such faith in a particular person, book, etc., that he cannot conceive that any data from that particular source might be false.”

There is a guideline developed by Mr. Hubbard to help one gauge whether some statement should be acted upon. Originally conceived to ensure the technology of Scientology remained free from alteration, the checklist also has broad application in our chaotic world where the line between fact and falsehood too often blurs.

The first two items—“1. If it isn’t written, it isn’t true. 2. If it’s written, read it.”—may seem obvious. Too obvious to even need to be mentioned. Yet how many phone calls, how many dinner table conversations, how many casual encounters that turned ugly have centered on “he said,” “they said” “they’re all—” without anything substantial to base it on? Just an interpretation of an alteration of an inaccuracy of a twisted fact. So if it’s in writing, read it. If it’s a video, watch it. If you’re not inclined to read it or watch it, you can end the checklist right there and move on with your life.

The next checklist item—“3. Did the person who wrote it have the authority or know-how to order it?”—I have personally found to be a vital make-break component of the overall process. I have seen or heard conspiracy theories, scapegoating of ethnic minorities and accusations that the pandemic was all a hoax, spouted respectively by a dance teacher, a chiropractor and a movie director whose prior film had been a puff piece on the joys of LSD.

One best confronts the world’s problems from a place of serenity, not angst.

No disrespect to the professions cited above, but I would hesitate before listening to a dance teacher’s observations on how “they” are all secretly plotting against us; or to a chiropractor’s insistence that Jews may very well indeed be taking over the world; or to an LSD-loving filmmaker about how a pandemic that took 6.3 million lives never existed.

As another example, according to social scientists and religious scholars, a former member of a minority religion does not pass the test of step 3; they are not an “authority” with “know-how” on that religion, particularly when that former member is bitterly critical and makes himself or herself readily available (for free or for fee) to launch wild, biased accusations about the faith they once called theirs.

If you’re in doubt as to someone’s credentials you can generally find ample evidence of their qualifications or lack thereof on the internet. The person himself or herself will often display their credentials on their own Twitter feed. You be the judge.

The next items on Mr. Hubbard’s checklist concern clarifying and clearing up anything on the video or the meme or the posting or the news item that you cannot understand. If it still doesn’t make sense after clarifying it and looking up any words you didn’t understand, ditch it. It’s not worth your valuable time or anyone else’s.

The benefit of using this checklist is twofold. First, obviously, it helps you determine fact from fancy, but second, it gives you time to sit back, breathe, slow your pulse, and gain some distance and perspective on something that very well may exist for the sole purpose of raising your hackles—and gaining clicks and money in the process.

Try it next time an exclamation-mark-laden item crosses your plate.

One best confronts the world’s problems from a place of serenity, not angst.

Who wants to live in a chaos of lies?

Martin Landon
Martin Landon is happy to say that at present he is not doing anything he doesn’t love. Using Scientology, he helps people daily, both one-on-one through life coaching, and globally, through his webinars. He has also authored books, movies, plays, TV shows, and comic strips and currently writes for STAND, which gives him great joy.
THE STAND BLOG
HATE WATCH
Why Political Operative Ace Smith Is the True Loser in the L.A. Mayoral Race
HATE WATCH
Why the People of Los Angeles Are Disgusted by Ace Smith
HATE WATCH
Rick Caruso Campaign Manager Ace Smith Blocks Scientologists Speaking Out Against His Bigotry
FEATURED ARTICLES
RELIGIOUS FREEDOM
Why God Is Love and We Should Love All People of All Faiths
By Daniel Bradley
RELIGIOUS FREEDOM
London Summit Calls For Joint Action to Restore Religious Freedom
By Qamar Rafiq
RELIGIOUS FREEDOM
The Founders’ Creator—Islam, the First Amendment and Religious Freedom
By Imam Talib M. Shareef
RELATED ARTICLES
BLOG | COMBATING BIGOTRY & HATE
Apostates: My Personal Encounters
BLOG | MEDIA & ETHICS
The Menacing Horrorshow of Media and Its “Objectivity” 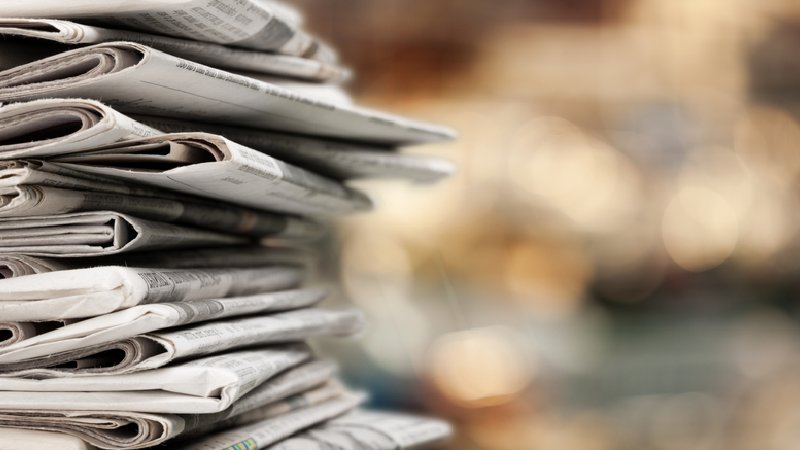