My country tis of thee
Sweet land of liberty…

I sang it in school. I sang it at home. I sang it in the car while riding with my parents. And I must say, in all honesty, that at age 6 I had no clue what it meant. I had no idea what a country was, really. And I was very far away from the idea that a country was supposed to stand for something. There was some very thin thread connected to a word called “freedom.” But I didn’t know what that meant either.

I certainly had no idea that the song I was singing was the British national anthem with different lyrics. I didn’t appreciate the irony of that until years after I learned, as we all did, that my country was founded by people who left England fleeing from religious persecution and hoping to be free to practice their own religion in their own way.

Religious freedom was so important to these Pilgrims that they risked their lives to cross the hostile North Atlantic to attain it. But as it turned out, they didn’t leave the British behind. They followed the Pilgrims to the new continent, which was colonized by the very government they were trying to flee.

After 150 years of the trampling of many freedoms, representatives of the American states got together on July 4, 1776, and issued a formal Declaration of Independence. It is this bold move by these brave souls that we celebrate on July 4: the birth of our nation.

Just 11 years later, the supreme law of the United States of America—the Constitution—was created in 1787 and enacted in 1789. Two years after that, in 1791, the Constitution was amended by what we know as the Bill of Rights. These formally declared legal rights were intended to protect us from the same types of tyranny that caused the original settlers to flee England in the first place.

Religious freedom was so important to these Pilgrims that they risked their lives to cross the hostile North Atlantic to attain it.

The very first of these 10 amendments protects freedom of religion, freedom of speech, freedom of the press, freedom of assembly and the right to petition. The Free Exercise Clause specifically permits people to hold whatever religious beliefs they want and to practice them as they choose.

Since then, there has been a lot of ruckus regarding the definition and exercise of all of these freedoms and the tumult has increased in the 21st century.

Freedom of speech and freedom of the press immediately come to mind because there are so many recent and flagrant examples of abuses of these fundamental rights.

Under the guise of freedom of speech and expression and freedom of the press come disinformation, misinformation, outright lies, slander, defamation, hatemongering, fearmongering, scapegoating, the covert and not-so-covert incitement of violence, and outright stupidity.

Freedom of religion itself has all too often been accepted as freedom for mainstream religions only. And freedom of speech and expression have cruelly manifested as hate speech against all manner of religions, large and small—quite definitely including my own. All of this has led to further division of an already divided country.

Which brings us to this Fourth of July.

I think there’s hope. As I stated in a recent blog post, religious leaders can help bring our country together as a whole, and one thing that I am very certain of is this: freedom for one religion has to mean freedom for all religions—the principle this nation was founded on. And realizing that universal freedom will help cool down other conflicts, too.

Freedom of religion itself has all too often been accepted as freedom for mainstream religions only.

And so the responsibility falls on each one of us. When I think of the Declaration of Independence, the Constitution, and the Bill of Rights I think of what was envisioned by the people of vision who wrote them. While our nation has further to go before it truly lives up to those ideals, the vast majority of us are of good heart, in spite of our disagreements, and each one of us can make a difference.

That brings me to think of another great document, written in far more recent times: The Way to Happiness. If every one of its 21 precepts were applied by each individual, our nation and our world would truly be a better place, but let’s start with just three: Support a Government Designed and Run for All the People, Respect the Religious Beliefs of Others, and Try to Treat Others as You Would Want Them to Treat You.

Applying those, we would move our great experiment in democracy closer to the more perfect union envisioned by the Founding Fathers.

And then, with full understanding of what the words mean, we could all sing together with an open heart in a sweet land of liberty, and let freedom truly ring. 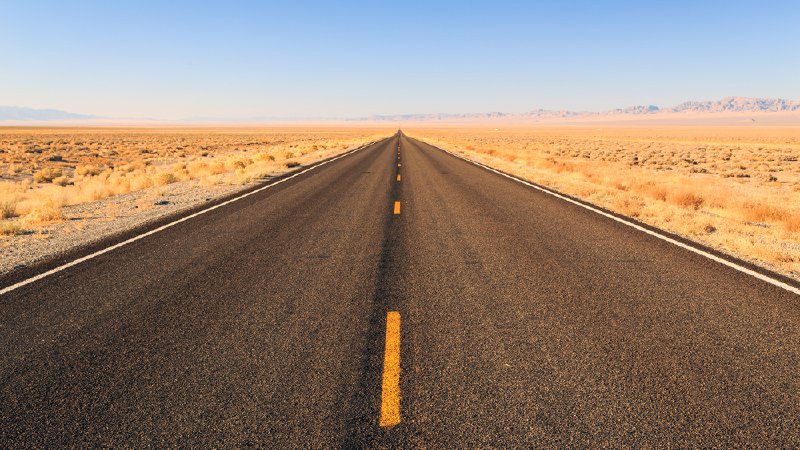 BLOG | TOLERANCE
Discrimination Is Not Native