A&E has stooped to a new low with their religion-bashing show with Leah Remini.

As a Scientologist who has benefited greatly from the teachings of my religion, it is very evident to me that Leah Remini's “canned” show is a desperate attempt to revive her flagging career and somehow push herself into the limelight again.

She failed as a Scientologist because she was unable to maintain the ethical standards of the Church. This is something that I personally observed. Rather than change her ways and take responsibility for her misdeeds, despite much help from the Church, Remini chose the dark path of lies and deceit, attempting to line her own pockets.

As Remini is making abundantly clear through A&E’s poorly produced, trashy show, she no longer takes herself seriously as an actor. More than ever, acting takes skill and professionalism in the competitive world of TV today. A pathetic gutter-sniping publicity stunt such as Aftermath is not going to create the resurrection and acclaim she is so frantically seeking—quite the opposite. Perhaps if she took a minute to stop blaming the Church she might be able to face up to and deal with her own demons. I suggest that getting an honest day job would be a good place to start. 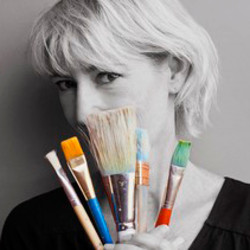