One of Leah Remini’s recent anti-Scientology postings inspired a follower to respond praising Hitler, saying Hitler’s victims should have been Scientologists, not Jews.

Sony Pictures, which owns GSN, boasts that “diversity and inclusion are at the heart of what we do.”  Their host, meanwhile, publicly describes the Scientology religion as “pure f—king evil” and refers to its members as “robot[s],” “extremists,” “manipulators,” “p—ssies,” “horrible,” “hateful” and “a bunch of f—king like body snatchers” who are “selling your soul to the devil,” “not mentally sound,” “have zero compassion,” do “not enjoy their lives,” “can’t afford to feed their families,” “can’t think for themselves,” “don’t give a sh-t,” are “morally depleted” and have “done nothing good.”

The above language is taken from Remini’s anti-Scientology hate podcast, which the Game Show Network not only condones, but promotes on its website.

Fortune 100 companies do not share Sony and GSN’s hypocrisy. After learning they were sponsoring bigotry in violation of their corporate values, numerous major companies pulled their ads from the Leah Remini hate podcast promoted by the Game Show Network:

Remini’s hate rhetoric and tactics fulfill each item listed in the “Acts of Bias” band of the Anti-Defamation League’s Pyramid of Hate, including bullying, ridicule, name-calling, slurs and epithets, dehumanization and biased and belittling jokes.

STAND has already heard from a number of People Puzzler advertisers who were alarmed to learn they were sponsoring bigotry and hate via their ads on the Game Show Network. 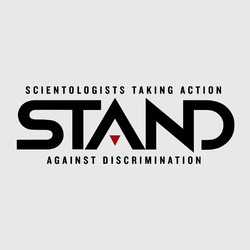