I have some non-Scientologist friends who will hit me up when some new “exposé” rehashes ancient disproven allegations or some once-celebrity grasps for a bit of former spotlight by trying to sling mud at Church staff members or high-profile parishioners.

Most recently, after one such movie aired, a good friend I’ve known for over 20 years asked: “What did you think of it?” And I told him I didn’t see it—that I didn’t need to. Then he asked how that kind of thing affects my life.

I went on to explain that I live the same way regardless of what some nut job may say against what I know, and that I’ve actually read these books and personally know many of the people brought up in these pieces, so I know what they’re saying is crap.

“The media knows that we’re kind of wired to that car crash thing. If it’s bad, or controversial, we’ll watch it. Just look at the news, 95 percent of what they show is disaster or chaos.”

He replied, “Yeah, it sounded pretty far-fetched but I wanted your take on it. At least it wasn’t as bad as the interview a few years ago with that woman who sounded insane.”

Then he said, “You know, my brother asked me about it and I told him: ‘I only know two Scientologists and they’re some of the most sane, cool people I know.’”

And then he asked a great question: “Why do they do it?”

I told him. “You know when you’re driving down the freeway and traffic is flowing and things are nice and boring? What about when something is happening off on the side of the road? Could be an accident, but, pathetically, even if it’s as simple as a flat tire, it’s crazy how much rubbernecking goes on. People just HAVE to watch.

“The media knows that we’re kind of wired to that car crash thing. If it’s bad, or controversial, we’ll watch it. Just look at the news—95 percent of what they show is disaster or chaos.”

I went on to say that it seems like when some knucklehead needs publicity and can’t get it by doing something positive, he’ll try and look for an easy route: something “controversial.” And at that time our Church seemed to be a go-to target. The funniest part is that the agendas became so obvious it started to backfire. The Church even started getting defended by all sorts of people without any skin in the game!

My friend thought about it for a second, then told me about a documentary he watched of a heavy metal band he loved and said, “Now that I think about it, it was actually kind of boring. They all got along! There were zero fights. The lead singer was really smart and really nice. When one of the guys got hurt, they got a replacement. And then when the first guy got better, they kept both guys!”

I told him that my wife and I have been told many, many times through our 28 years of marriage that we should have our own reality show. And I always tell them: thanks, but it would NEVER sell.

Can you imagine the pitch meeting? “OK, so they get along great. No back-stabbing or cheating. Not mean to each other. He treats her great. Nope, no eye-rolling. She’s really supportive. They have a lot of fun together. Sure they have problems, like all of us, but they use tools they’ve learned to solve them. They’re really, really happy.”

I told him I’m not even sure I’d watch it.

But I sure love living it. 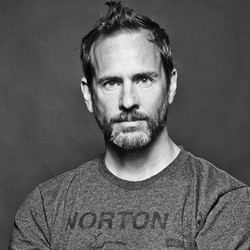