Intelligence has been defined as the ability to tell likenesses and differences, and metaphors engage intelligence in new ways, expanding awareness and appreciation. They are pleasing or even funny if sufficiently unexpected: “The little boat gently drifted across the pond exactly the way a bowling ball wouldn’t.”

So one could say that, if there were a likeness-difference scale, at the top would be games, insights and unexpected ideas and images. But as one descends the scale, likenesses and differences become duller, and show up as the hackneyed expressions teachers cross off with red ink on high-school student term papers: “black as night, quick as a flash, slow as molasses,” etc. Or as George Orwell described it in “Politics and the English Language,” “phrases tacked together like the sections of a prefabricated hen-house.”

Even further down that same scale, differences fade away entirely, leaving only things that seem the same. This is the realm of inability to differentiate between things, people, ideas and so on and hence the realm of stereotypes, and of racism and bigotry. “Women are all alike,” “Democrats are socialists,” “Republicans don’t care about anything but themselves,” “Religions are rip-offs,” “Kids are irresponsible,” “Movies are trash,” and on and on.

In truth, no two people or things are exactly alike. Even “identical” twins—who may look enough alike to fool a substitute teacher—cannot fool their parents. And yet those unable to look, to observe, to reason, are likely to see a sameness in everything. “Americans are arrogant, the Irish are drunks, Colombians are drug dealers, Asians can’t drive, dogs are dangerous, immigrants are criminals, profit is evil, marriage is a trap.” Perhaps reading the previous two paragraphs you began to feel dull, dispirited, hopeless. That’s because dull, dispirited and hopeless individuals think that way, operate that way and say such things.

None of those statements are accurate, of course. There are arrogant Americans, Irish alcoholics, dangerous dogs and some marriages are traps. But there are also humble Americans, Irish teetotalers, friendly dogs and happy marriages. Even the most basic observation will reveal the huge holes in the fabric of such bigoted blanket statements. But basic observation is beyond the reach of individuals at this level.

And below even this level—the level of bigotry, stereotypes and racism—is apathy, where “everything is the same, nothing matters, six of one half a dozen of another, we’ll all be dead in 100 years anyway, people are all just dust in the wind…” Wow! That’s really down there. And at that miserable level, everything is the same: beanbags and nincompoops, opals, elephants, mothballs and you. Life, death, men, women—all the same, a post-apocalyptic world of ashes and rubble, all undifferentiated, everything painted with the same dull color. Ugh!

You may have personally subscribed to a stereotype of your own at some point. You “hate” people convicted of crimes, for example, and feel they should all be locked up. Then you find out one of your friends works for a nonprofit that helps to rehabilitate inmates, and she tells you about one man who turned his life around and now helps kids avoid drugs. You meet him and are surprised that he seems like a nice guy, and loves to help people.

A stereotype is not real, it is a substitute for observation.

“When you get to a fork in the road,” as the saying goes, “take it.” So what do you decide about this nice guy, just out of prison? At the lower end of the scale, you might say he’s a con artist, just faking rehabilitation, and your stereotype can remain safely intact. In the middle range of the scale, you might think, “OK, most criminals should be locked up for good, but if this guy is for real, there may be some people that deserve a second chance.” So the stereotype has a few cracks in it—you’ve actually observed and found an exception to “the rule.” That brings in a little hesitancy to hate those convicted of crimes. “Maybe people can change,” you now think.

At the top end of the scale, with this new awareness, you realize that your stereotype was formed without observation—from reading the newspapers, seeing crime statistics, watching shows where the guilty are found innocent because of some technicality. Or warnings about locking your doors, installing alarm systems, carjackings, kidnappings, and on and on. You’ve now actually talked to a former inmate and admire what he has done, and you throw away your stereotype and replace it with “there are people convicted of crimes who can be rehabilitated by enlisting their help in worthwhile causes.”

A stereotype is not real, it is a substitute for observation. “Iran is an evil place,” someone might think. But for most people, Iran is a hologram, formed from news reports. Then you meet a few Iranians who are bright, cheerful and friendly. These people are real, not that hologram made of news dust and political scrapings. Even our own government, for most people, is a hologram. Only 17 percent of Americans, for example, trust their federal government, 63 percent trust their state government, and 72 percent trust their local government. Local government is where individuals and government come together, according to some experts. The closer they are, the more likely they are to see how money is spent, and have some interaction with city or county council and understand the issues and why this or that politician has a particular viewpoint. The further from the scene, the more stereotypical the hologram. The closer to the scene, the more one rubs elbows with reality, and with it comes understanding.

Happily, there’s a really big view at the very top. L. Ron Hubbard, the founder of Dianetics and Scientology said, “Years ago I discovered and proved that Man is basically good. This means that the basic personality and the basic intentions of the individual, toward himself and others, are good.” So everyone—regardless of their ability to differentiate, their bigotry, racism and hatreds—have a base of goodness that can be tapped to help them improve. (Only a very small percentage cause most of the trouble for mankind.)

Hubbard termed the inability to differentiate “A=A=A” for “Anything equals anything equals anything.” A=A=A is how one part of the mind—something Hubbard called the “Reactive Mind”—works. Dianetics: The Modern Science of Mental Health, describes its mechanisms, and what can be done to reduce its effects, help individuals differentiate, rise up the scale and become more rational.

So when you hear someone call a religion a “cult,” or rant about Jews or Latter-day Saints, Scientologists, Muslims, Catholics, atheists, etc., realize they are seeing a gray-painted version of life, and may not have the ability to do otherwise in their current condition. Their mind is a watchdog barking at the leaves, the wind, the moon, without differentiation, alarming everyone, most likely over nothing.

Humankind at its finest sees a tree not as a green blob, but a Maple, its leaves individually defined, each one a bit different from the others—in all their variety and beauty, part of a larger and complex unity. 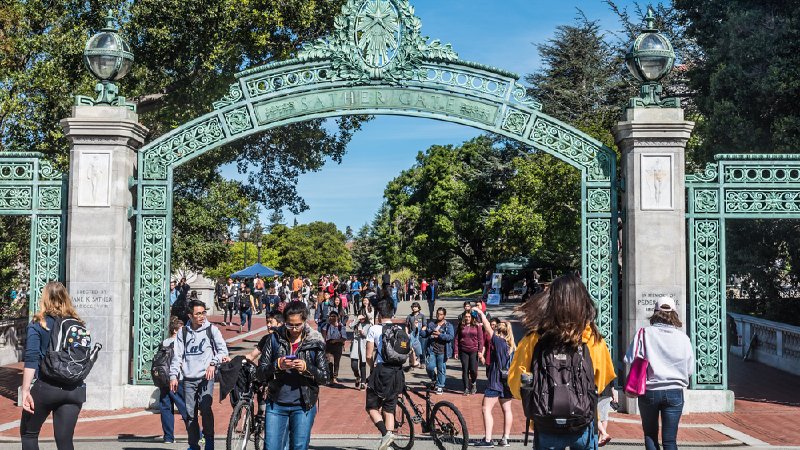