One of the things that my people experienced in the past, and was most hurtful to us, was the misrepresentation and misinterpretation of Jewish teachings. At times, especially during the notorious medieval Disputatios—“kangaroo courts” where Jews were forced to defend their sacred beliefs under the threat of punishment—the results were, truly, lethal.

At times, despite being in a secular society with separation of Church and State, the Law of the Land is forced to take a look at particular religious doctrine if it has a bearing on a case.

However, if this is not done in a considered way, with the utmost respect and deference for the sacred understandings of the religion, this can lead to a violation of the Constitution.

One of the things that my people experienced in the past, and was most hurtful to us, was the misrepresentation and misinterpretation of Jewish teachings.

No secular judge or court can grant itself the right to interpret a religion’s doctrines, thereby electing itself, de facto, and dangerously de jure, a religious tribunal. The judge or court MUST, ALWAYS, consult with and rely on religious practitioners who are knowledgeable about the intent, design and implementation of those religious doctrines in order to correctly understand their meaning.

Let me give you a classic example from many centuries ago. The Torah says: “An eye for an eye, a tooth for a tooth.” Some tribunal interpreted this as mandatory “equitable vengeance.” This is not a correct interpretation. Based merely upon the superficial grain of that Torah passage, one could readily come to that wrong conclusion. However, that passage, which was inherited from the earlier Law of Hammurabi and was taken up into Judaism, is actually interpreted to mean that there should be appropriate monetary recompense for any evil that was done.

There is no evidence at all that this so-called Lex Talionis was ever truly a law of requiring the gouging out of someone else’s eyes in return for the loss of theirs. And yet this passage was drawn upon, out of context, by many to “prove” that Jews and their Law were cruel and “unloving,” begging for forcible baptism and slaughter. (Once this misinterpreting-ball gets rolling, it is hard to stop it.)

Similarly, one cannot read the Quran without proper knowledge of the Hadith, the sayings of the Prophet Muhammad by which, over the centuries, the Quran’s meaning was given substance. If one were to look at the Bhagavad Gita of the Vedas, one might come to the conclusion that Lord Krishna is telling one to self-sacrifice and annihilate oneself on the battlefield, because anything else is pointless.

No secular judge or court can grant itself the right to interpret a religion’s doctrines, thereby electing itself, de facto, and dangerously de jure, a religious tribunal.

Be clear here: this is not a matter of one religion and one legal case. That is all smoke and mirrors. At issue is a CRITICAL ISSUE. It is a critical issue for all religions in America and all religions in all pluralistic societies around the world.

This matter can only be resolved by something which is increasingly absent in our society, without which our educated democracy is rapidly turning into an ignorant “opinionocracy”: WISDOM!

So I call on everyone to deeply reflect upon what has happened. There is much to learn here. Much wisdom to gain. Much improvement in how we interpret constitutional law in regard to religious law, and vice versa.

In so doing, you’re standing up for yourself. For your own freedom of conscience.

KEYWORDS
ANTI-SEMITISM FIRST AMENDMENT JUDAISM RELIGIOUS FREEDOM SEPARATION OF CHURCH AND STATE
AUTHOR
Guest Contributor | Michael Shevack
Michael Shevack, an ordained rabbi, has worked to bring healing among Christians, Muslims and Jews around the world for over two decades. He has taught spirituality and comparative religion at the university level and is the author of five books.
THE STAND BLOG
HATE WATCH
Game Show Network: Bigotry Is No Game
HATE WATCH
Why Political Operative Ace Smith Is the True Loser in the L.A. Mayoral Race
HATE WATCH
Why the People of Los Angeles Are Disgusted by Ace Smith
FEATURED ARTICLES
RELIGIOUS FREEDOM
Why God Is Love and We Should Love All People of All Faiths
By Michael Shevack
TOLERANCE
Faith Communities Come Together to Pay Tribute to Queen Elizabeth II
By Michael Shevack 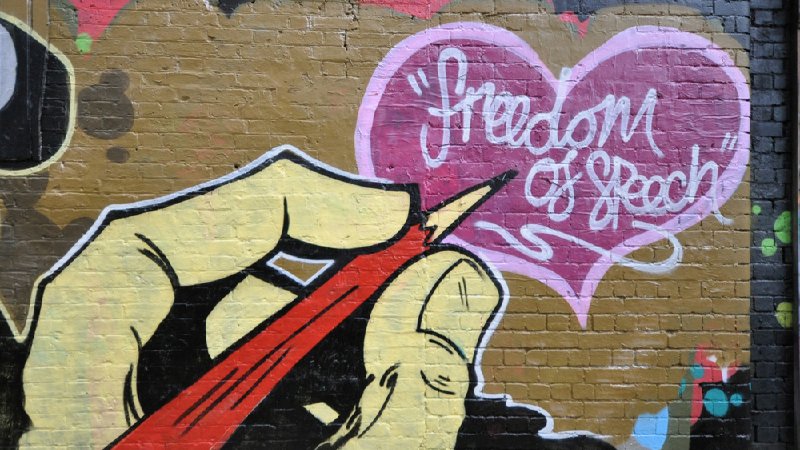 BLOG | RELIGIOUS FREEDOM
It’s Your Right, But Is It Right?