As a filmmaker I’ve worked on my fair share of horror films and action films—either scaring people or blowing things up on screen—so when it comes to being judgmental about the content of films, as my mother would say, “you should talk.” And yet I do think a lot about content in films—films I work on, films I want to work on and films I watch. I don’t mean what’s in the film, but what the film is about. I see so much money spent on the big screen to showcase killer special effects and thrilling action, but what does the film do or say about the human condition?

Which brings me to Pixar’s Soul, a film that premiered on Disney+ on Christmas Day. It’s an animated film so it’s not going to stray too far from animation tropes, and your kids will be happy because there’s physical and situational comedy aplenty. But the premise that a guy can die (kinda) and find himself not in the hereafter but in the Great Before is unique and, for me, interesting. Finally we have a popular film that gives the perspective—and hinges on the fact—that a human being may not just be meat after all, destined to nothing more than a finite existence on an earthly plane. Religions disagree on all kinds of things, but the one thing they do have in common is a belief in the spirit—that there is a something (or perhaps a non-something?) that is separate from, but animates, the body.

I see so much money spent on the big screen to showcase killer special effects and thrilling action, but what does the film do or say about the human condition?

I don’t think Pixar would have been emboldened to take on the risky task of depicting the souls of humans if it weren’t for the success of Coco, in which a young boy visits the afterlife which is populated by animated skulls from Mexico’s Day of the Dead celebration. They didn’t go too far out on the ledge with that one (the dearly departed looking like what’s decaying six feet under has been around for a long time in film history—look no further than Beetlejuice).

But Soul goes right past the edge of that ledge. In fact they are dangling over 5th Avenue, depicting souls leaving their bodies, separate from their bodies, and popping right back in as the need arises. Sure the souls look cute (genderless blobs with faces kind of like see-through blue marshmallows) but the point is that these are representations of what humans are like when they’re not being fully human, and about what life could be like after, and (mostly in this case) before life—as in before birth in a spiritual, non-biological sense.

The big question is: how did the filmmakers navigate the minefield of religious dogma when it comes to the representation of what a soul is, and what happens before and after life in the “meat suit,” as one of the characters puts it?

When Spielberg was making Minority Report he wanted to get a picture of what the future would be like so he created a think tank of top futurists to come up with some ideas. Pixar did the spiritual equivalent for Soul, getting perspective from the likes of Rev. Suzan Johnson Cook, Baptist minister and former U.S. Ambassador-at-Large for International Religious Freedom, and Mark Labberton, President of Fuller Theological Seminary.

The net result is a film that isn’t trying to come up with a religion of its own or talk about, well, you know, the Big Guy, nor even religion for that matter (the word “church” is only mentioned once). Yet it somehow manages to convey a universal concept of spirituality without stepping on any igniters, which is why I think most spiritual and religious people like me are grateful that someone is at least talking about the subject—and on the same streaming service as The Mandalorian no less.

I also like that the film makes the distinction between having a soul and being a soul, a distinction that Scientologists are keen to parse. The way we see it, whatever other things are stuffed in that head of yours, the you that comes out when you die is, well, you.

In summary, Soul’s got a lot of soul (I had to go there). And hallelujah, maybe this film will embolden more filmmakers to widen the trail it’s blazed. 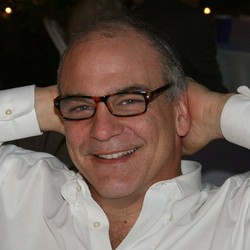 Stephen Eckelberry
Filmmaker who splits his time between Los Angeles and Florida.
THE STAND BLOG
INCLUSION & RESPECT
The Man Behind the Interfaith Solidarity March: An Optimist and Friend to All Faiths
EQUALITY & HUMAN RIGHTS
Celebrating a Death Knell for Discrimination—The Anniversary of Brown v. Board of Education
MEDIA & ETHICS
Journalism and Free Speech: With Great Power Comes Great Responsibility
FEATURED ARTICLES
RELIGIOUS FREEDOM
The Founders’ Creator—Islam, the First Amendment and Religious Freedom
By Imam Talib M. Shareef
RELIGIOUS FREEDOM
Why My Religious Rights Are Being Threatened in Los Angeles County Superior Court
By Bishop L. J. Guillory
RELIGIOUS FREEDOM
Why All People of Faith Must Cherish and Protect the First Amendment
By Soraya Deen
RELATED ARTICLES