There’s a day that now comes right after the International Day of Remembrance and Tribute to the Victims of Terrorism.

Because hand in hand with terrorism comes violence based on religion or belief.

As the United Nations puts it:

“Freedom of religion or belief, freedom of opinion and expression, the right to peaceful assembly and the right to freedom of association are interdependent, interrelated and mutually reinforcing. They are enshrined in articles 18, 19 and 20 of the Universal Declaration of Human Rights.”

That’s why, this year, the United Nations designated 22 August as the “International Day Commemorating the Victims of Acts of Violence Based on Religion or Belief.”

Let’s make the most of this day. We have the inalienable right to believe in anything, or nothing, and there is no more precious right than that.

We have written elsewhere about the vital importance of freedom of belief to a nation’s security.

Again, in the UN’s words:

“The open, constructive and respectful debate of ideas, as well as interreligious, interfaith and intercultural dialogue, at the local, national, regional and international levels, can play a positive role in combating religious hatred, incitement and violence.”

Let’s make the most of this day. We have the inalienable right to believe in anything, or nothing, and there is no more precious right than that.

“In a free society,” wrote the French philosopher Montesquieu, “it is not always important that individuals reason well, it is sufficient that they reason; from their individual thought, freedom is born.”

“In his futuristic novel 1984, the English political novelist George Orwell gave a tragic illustration of what the world would be without the freedom to think...

“Orwell did not believe that 35 years after the publication of his book, the world would be ruled by Big Brother, but he often proclaimed that 1984 could happen if man did not become aware of the assaults on his personal freedom and did not defend his most precious right, the right to have his own thoughts.”

Celebrate this new international day. For it is your right to think and believe which it defends, and because you could be a victim of intolerance, in another not-so-distant time or place. 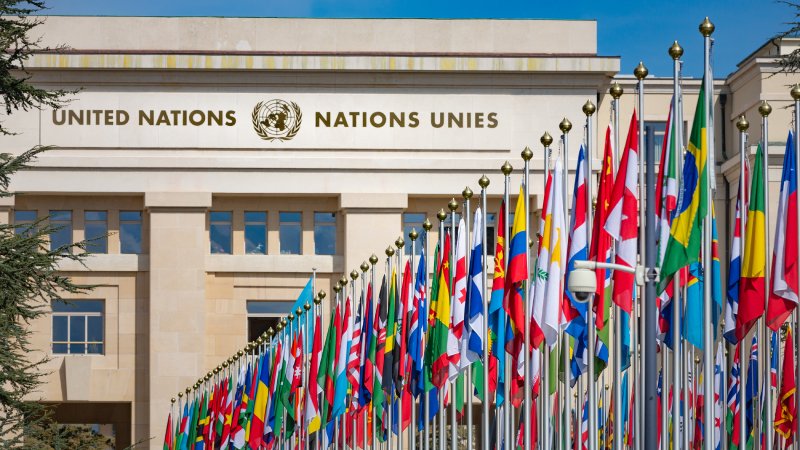 BLOG | EQUALITY & HUMAN RIGHTS
Marking the Birth of the United Nations—The World’s Advocate for Peace and Human Rights
BLOG | TOLERANCE
How the Right to Education Can Answer Our Troubles
BLOG | COMBATING BIGOTRY & HATE
This UN Day In Support of Victims of Torture, Let’s Imagine a World Without It